Christendom’s ‘Chef Ron’ Passes at the Age of 70 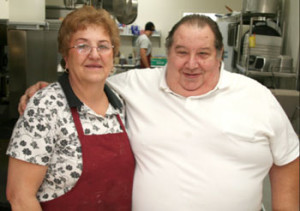 This past week, Ron Steckman, the former executive chef of Christendom College, passed away after a long battle with kidney disease. Serving the college from July of 1999 to July of 2010, “Chef Ron” was beloved in the Christendom community for his humble spirit and exceptional service. He died on Tuesday, January 6, at the age of 70.

“Chef Ron was a humble, quiet man who never failed to provide the best of service for the college, “ said Vice President of Operations and Facility Planning Mike Foeckler. “He raised the bar on food service here at Christendom by bringing his distinguished set of skills to our campus. Most of all, he was a good man. He will be sorely missed.”

Born in Hershey, Pennsylvania, Chef Ron studied the advanced culinary arts at the Culinary Institute of America before working at such locations as the award-winning Greenbrier Resort in West Virginia. Hired by Christendom in 1999, Chef Ron catered all of the college’s events, from the Major Speakers series to daily meals for the student body. Chef Ron became a member of the Roman Catholic Church during his time at Christendom as well, sponsored by the college’s own Mike Foeckler.

He retired in July 2010, after eleven years of service for the college.