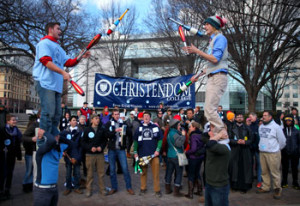 The entire student body of Christendom College, in addition to members of the faculty and staff, joined hundreds of thousands of pro-life supporters at the 42nd annual March for Life in Washington D.C. on Thursday, January 22. Christendom cancelled all classes for the day, allowing not only the student body but members of the faculty and staff to attend the March as well—a tradition that has been ongoing since the college’s founding.

Departing from Christendom’s Front Royal, Va., campus early Thursday, the entire student body had an active presence in the March, walking with the crowds of hundreds of thousands in the streets of Washington. Meanwhile, other members of Christendom’s student body performed for passersby with live music and juggling throughout the afternoon.

“The March for Life has become a great way to rally the troops, and show the world that the pro-life generation is full of joy, happiness, and hope,” says Tom McFadden, Christendom’s vice president for enrollment. “Too often, we tend to focus on the darkness of abortion – and that can be pretty depressing. But, by having our happy and joyful students providing music and juggling for all the marchers passing by on Constitution Avenue, it helped them focus on the hope for the future – today’s youth – who will be tomorrow’s leaders in this fight for life.”

The college continued to support the March on its social media platforms during the events as well, providing updates to thousands of followers who could not be there for the March. These efforts came in addition to a video produced by Christendom for this year’s March that was released in the days prior, which can be viewed here.

Since the college’s founding, Christendom has had a large presence at the March for Life, being one of only a handful of colleges to cancel classes for the event, which marks the anniversary of the Roe v. Wade decision that legalized abortion on demand in the United States. In 1984, 1998, 2009, and 2012, Christendom students led the March for Life – the only college to be given that honor on four different occasions.

Christendom students are active in pro-life and missionary work year round, prayerfully protesting abortion at a Planned Parenthood clinic in D.C. each Saturday morning, as well as taking part in sidewalk counseling, volunteering at the local pregnancy center, going on mission trips, and other similar activities. 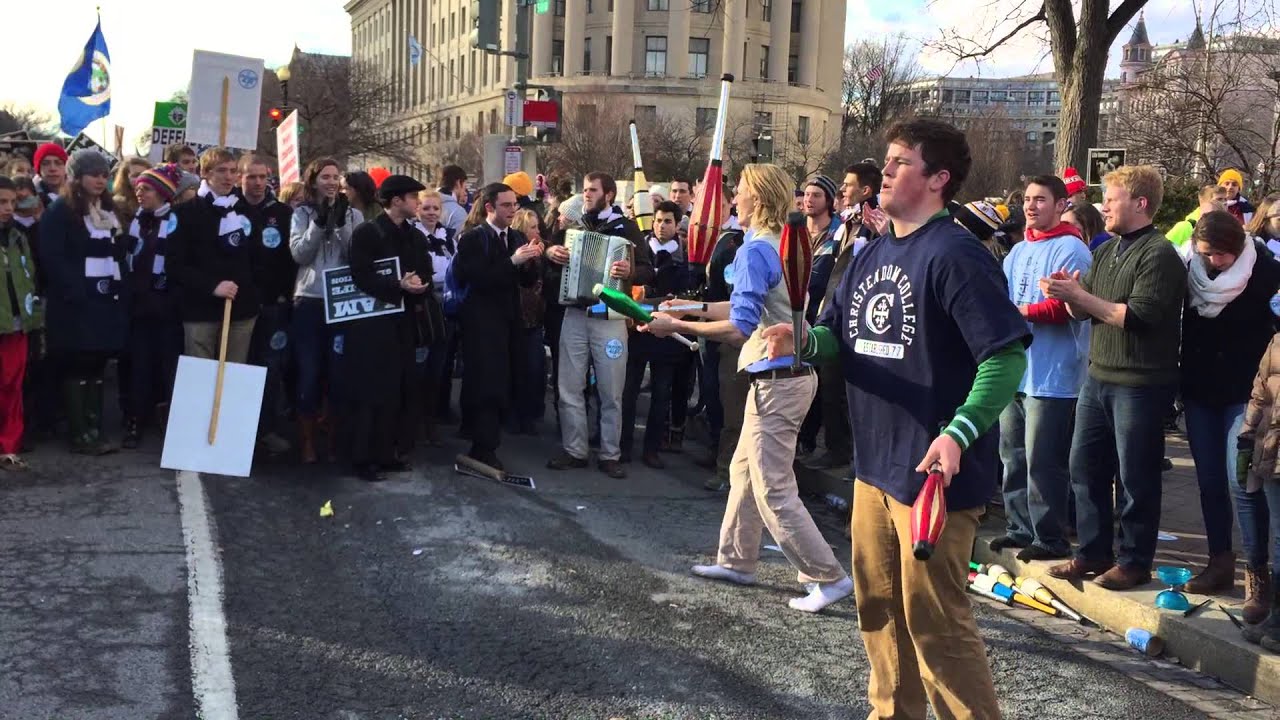