Focus on Academic Success Pays Off at Christendom 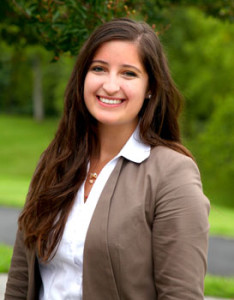 Academic success continues to be a focus at Christendom College as it begins the spring semester of 2015. In the fall of 2014, the college implemented some new initiatives to help students do their best academically, with the highlight being the hiring of alumna Maribeth Kelly (’14) as the academic success coach. Other initiatives included increased opportunities for tutoring and a newly improved student mentoring program. While students fail out at colleges every year due to poor grades, Christendom’s new efforts to improve academic success resulted in no freshmen failing out in the fall of 2014 — a first in recent college history.

“Colleges across the nation are struggling with retention rates amongst freshmen, largely due to academic struggles and financial problems. We’re doing everything we can to make sure this does not happen here at Christendom and we’re succeeding, thanks to the efforts made by our esteemed faculty, and the hard work now being put in by Maribeth,” says vice president for enrollment Tom McFadden.

McFadden hired Kelly, the salutatorian of the class of 2014, for the newly created position of academic success coach last summer to give students another resource to turn to when they encounter academic struggles. In her position, Kelly works with students who are having problems in their classes and meets individually with them on a weekly basis, helping them succeed when they are struggling.

“The students and faculty love Maribeth,” says McFadden. “She has the perfect blend of the necessary attributes to make her a success in this position: intelligence, kindness, and patience. She is a real asset to Christendom.”

Christendom College has been providing one of the most rigorous liberal arts educations in the nation for the past 37 years, gaining a reputation for academic excellence, personalized attention, and commitment to student success along the way. Its continued focus on improving academic success for its students makes it a leader among Catholic colleges today.