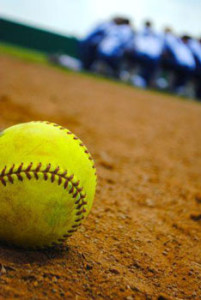 Christendom College’s athletic program will be expanding this spring with the reintroduction of softball to the college. The team, to be coached by philosophy professor Mike Brown, will play ten games, giving students even more opportunities to compete at the collegiate level.

Students have been looking for the opportunity to play softball at Christendom since the program was cancelled in 2005. But in recent years, due to the influx of talented athletes on campus, the athletic department believes that it is a good time to bring this sport back to life.

The softball team began practicing for the upcoming season this past week at Bing Crosby Stadium, located near the college in the town of Front Royal. They will host two home games there in March against Division III teams Trinity University and Notre Dame of Maryland University.

The reintroduction of the softball program adds to the new initiatives already being undertaken to improve the athletic department at the college, such as the renovation of Crusader Gymnasium with all new, state-of-the-art exercise and weight equipment this past December. In addition, plans are underway for cross-country and tennis teams to be introduced this fall, making Christendom even more of a competitive threat in collegiate sports.