Christendom Athletics Sprints Ahead with Addition of Cross-Country 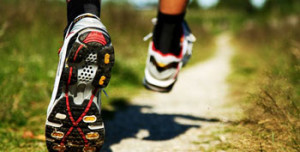 Christendom College’s athletic program will expand and improve once again this fall, with the introduction of cross-country running teams. With the creation of both a men’s and a women’s team, the cross country running program will allow students the opportunity to compete in meets with other colleges for the first time, making Christendom’s athletic program increasingly diverse and even more of a threat in collegiate sports.

Students interested in running competitively have been engaging in off-campus races for years, such as the historic New York City Marathon, Marine Corps Marathon, and the Boston Marathon. With the addition of an official Crusader cross-country program, students will now have an outlet right here on campus to compete.

When the cross-country teams are formed in the fall, they will compete at the collegiate level in an initial exhibition season with less meets, before expanding to a full season in the future.

In terms of practicing, a cross country course is planned for construction on the College’s campus by this fall. This will give the cross-country teams an area to practice, and will also give the entire student body, including other athletic teams, an outdoor location to run and work out on campus for the first time.

The introduction of the cross-country program adds to the new initiatives already being undertaken to improve the athletic department at the college, such as the renovation of Crusader Gymnasium with all new, commercial-grade exercise and weight equipment this past December. With new sports, such as women’s softball and men’s and women’s cross-country, joining the college’s rich set of athletic offerings, Christendom hopes to attract students who are interested in being student athletes, who will become leaders on and off the field, and work to restore all things in Christ after graduation.