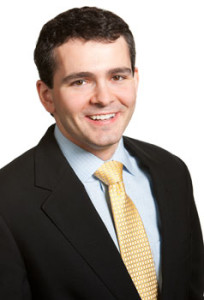 The Heritage Foundation’s Dr. Ryan T. Anderson will be presenting a talk titled “What is the Future of Marriage?” at Christendom College on Tuesday, April 7. One of the nation’s most sought after speakers on the topics of marriage and religious liberty, Anderson will give his talk at St. Kilian’s Café at 4:00 p.m. Refreshments will be provided, and all are encouraged to attend this timely and inspiring discussion.

“Dr. Ryan Anderson is constantly featured on numerous news media networks and in publications, because of how huge a voice he has in the marriage and religious liberty debate today. He’s an enormously busy man because of this, so for him to take time out of his schedule to speak to the Christendom community is both an exciting opportunity and an honor,” says senior Melody Wood, president of the campus’ Cincinnatus League, which is hosting the event.

A weekly political philosophy discussion group, Christendom’s Cincinnatus League is made up of students from every class, and is advised by political science and economics professor Bracy Bersnak. Wood, who interned with Anderson this past summer at the Heritage Foundation, leads the group, which recently became an official Intercollegiate Studies Institute (ISI) society.

Anderson’s talk, which is being co-sponsored by ISI, follows on his recent work at the Heritage Foundation, where he has been focusing on constitutional questions surrounding the same-sex “marriage” debate, in his position as the William E. Simon Fellow in Religion and a Free Society.

Anderson earned his B.A. from Princeton University, graduating magna cum laude. Before becoming a well-known voice in the political realm, he earned his doctoral degree in political philosophy from the University of Notre Dame, where he received his master’s degree as well. A regular guest on CNN, Fox News, MSNBC, and in print publications such as The New York Times and The Wall Street Journal,  Anderson is also the co-author of the acclaimed book What is Marriage? Man and Woman: A Defense, which Supreme Court Justice Samuel Alito cited in his dissenting opinion in the Supreme Court Case US vs. Windsor, involving the Defense of Marriage Act.