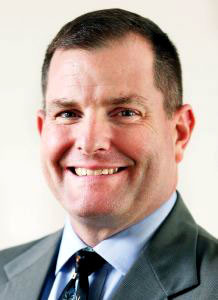 Chris Collins, former member of the Frederick County Board of Supervisors, will be speaking at Christendom College on April 27 at 1 p.m. in St. Thomas Aquinas Hall, as part of the college’s politics practica program speaker series. Collins, who is also a law firm partner, will speak to students  and offer advice based on his experience in the world of public policy.

Collins earned his B.S. from James Madison University, before earning his J.D. from the University of Baltimore in 2003. Prior to attending law school, he worked as a deputy sheriff for the Frederick County Sheriff’s Department. Collins was elected to the Frederick County Board of Supervisors on January 1, 2010 and served on the Board for five years, representing the Board as chairman of the Code & Ordinance Committee, and as a member of six other committees, including Human Resources, Public Safety, and the Transportation Committee. Collins is a partner in the law firm of Inger & Collins, P.C., Winchester, VA, and is currently running for delegate of Virginia District 29.

Christendom College’s politics practica program, directed by professor of political science and economics Dr. Bernard Way, is a unique feature of the political science department that has been active for many years, giving students the opportunities to not only network with known political figures, but also earn credit for rigorous political internships.