Christendom Press’ The Past as Pilgrimage Inspires and Challenges Critics 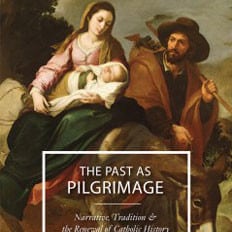 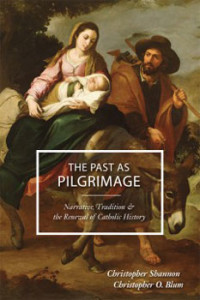 Christendom Press’ The Past as Pilgrimage: Narrative, Tradition & the Renewal of Catholic History continues to receive critical acclaim in the news media, with authors Dr. Christopher Shannon, professor of history at Christendom College, and former Christendom professor Dr. Christopher Blum, professor and academic dean at the Augustine Institute, recently being highlighted in a new interview with the Catholic World Report.

According to Catholic World Report’s Kevin Schmiesing, Shannon and Blum “launch a frontal assault on the idea that historical scholarship should be theologically neutral” in the book — ­a direct challenge to the thought that all of public life, including academia, should be devoid of religious context, as it has no real importance in a pluralistic society.

“As a fellow Catholic historian, I found your arguments to be both inspiring and challenging,” said Schmiesing in an interview with both authors. “You describe a vision of the nature and purpose of historical scholarship that is more than simply trying to uncover and reconstruct the past.”

The Past as Pilgrimage challenges the secular bias currently prevalent amongst professional historians, and argues for the compatibility of faith and reason in the study of the past. Shannon and Blum present an argument that seeks to foster a conversation about the ways in which Catholic historians can integrate their faith traditions into their professional work, while still remaining open to and engaged with the best of contemporary, non-Catholic thinking and writing about history.

For Shannon, the book answers the question of why the past should be of interest to those who are serious about their Catholic faith.

“History is not only essential to Christianity, but is perhaps the most distinctive feature of Christianity among the religions of the world. Every faith has a history, but Christianity is a historical faith whose truth depends upon real, as opposed to mythic, events,” says Shannon.

Shannon and Blum’s work has recently received similar acclaim from other media outlets, including Jeff Mirus, founder and president of Trinity Communications, who wrote,  “if you an historian by trade, you must (I use this word advisedly) read Shannon and Blum.”

Please visit www.catholicworldreport.com to read the entire interview with Shannon and Blum. For more information or to order The Past as Pilgrimage, please visit www.christendompress.com.