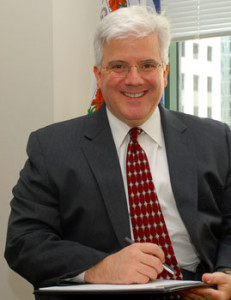 Christendom College political science and economics professor Rafael A. Madan will deliver a talk on Sunday, August 2, at 7:00 p.m. at Holy Trinity Church Hall in Gainesville, Va.  Sponsored by the Institute of Catholic Culture, Madan’s talk is titled “Reagan, Thatcher, & the Pope: The Fall of the Soviet Union.”

Taught as part of Christendom’s political science and economics curriculum, the subject of the Cold War is a major facet of American political thought. Madan will reflect on the deeper repercussions of the war in his talk, and how American President Ronald Reagan, British Prime Minister Margaret Thatcher, and Pope Saint John Paul II were instrumental in turning the tide against the Soviet Union.

Rafael A. Madan has served in the U.S. Department of Justice since 1991, after earning his B.A. and J.D. degrees from the University of Virginia. A member of the board of directors for the Hispanic Committee of Virginia, Madan is an adjunct instructor of jurisprudence and constitutional law at Christendom College.