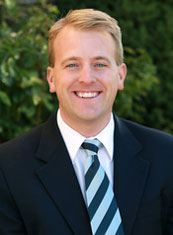 “I’m excited to continue working in the new evangelization for the Archdiocese of Denver,” said Akers, in an article for the Denver Catholic. “It blows me away how blessed we are in this archdiocese with so many wonderful opportunities to grow in knowledge and love of the faith.”

After graduating with a double major in theology and philosophy in 1998, Akers worked for FOCUS for a number of years as the campus director at the University of Colorado. He returned to Christendom in 2005 when he and his wife became the directors of Christendom’s Rome program. While in Rome, he helped to solidify the program over the course of five years, making it the hallmark of the Christendom experience that it is today.

Akers, who earned his M.A from Christendom before earning his S.T.L in dogmatic theology from the Pontifical University of St. Thomas Aquinas in 2009, began serving as the director of the Denver Catholic Biblical School and Catechetical School the same year. Over the course of his six years as director, he increased enrollment from 660 to more than 1000 students, and increased the number of teachers to four full-time instructors and twelve adjunct instructors.

Akers, who also frequently writes for Crisis Magazine, will continue working on his doctoral dissertation while at the Augustine Institute.

To read the full article on Akers from the Denver Catholic, please visit denvercatholic.org.