Award-Winning Scholars and Athletes Set to Join Christendom this Fall 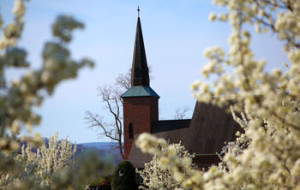 Christendom’s incoming class of 2019 promises to be one of the largest and most exciting classes in the college’s history, featuring students from various backgrounds and locations, all united by a common purpose: to study the higher things, and receive a liberal arts education that will form their whole person and springboard them to achieve greatness.

Mary Katherine Mooney, hailing from Clover, S.C., is one of many incoming students attracted to Christendom’s time-tested liberal arts education after attending the Experience Christendom Summer Program, which helped her, along with a campus visit during the year, already see Christendom as a second home.

Mooney achieved a 4.0 GPA in high school, in addition to a perfect score on her SAT essay, achievements that led her to being one of the finalists for this year’s Padre Pio full-tuition scholarship. Bringing broad aspirations with her to college, as reflected by her diverse loves of photography, language, foreign study, piano, and outdoor sports, Mooney believes an education at Christendom – better than any other college could – will prepare her for whatever path she eventually chooses.

“During my college search, I was looking for an academically rigorous school with strong professors and a sound curriculum.  In choosing Christendom College, I was assured of this and so much more,” says Mooney. “Christendom’s academic excellence uniquely captured my interest with its strong focus on a liberal arts education and the formation of the whole person through a broad field of study.  I am confident that in choosing Christendom College I have chosen the college that will best enable me to reach my greatest potential as I cultivate reasoning and rhetoric skills in pursuit of wisdom.”

That same confidence is found in Trey Dusseault as well, a Georgia native who spent his high school years at St. Michael’s Preparatory School in California. After enjoying the challenges of playing as a football quarterback, founding the school juggling club, and acting in several theatrical productions, Dusseault desired to feel that same challenge in his college education — a desire that drew him to Christendom.

“The focal point of my education is to live a life where my main concern is not of money, but of higher things,” says Dusseault, who discovered his attraction to the liberal arts after attending the Experience Christendom Summer Program.

“Other universities offer degrees in specific fields, focusing the student’s four or more years on a single academic field. This approach to education has its benefits, but I would rather learn how to reason and think for myself. I aspire to be liberated in my thinking, not brainwashed by today’s society. I aspire to be liberated to know the truth, not what the corrupt media tells me. But most importantly, I aspire to liberate other people by making good impressions on them and teaching them the truths that I will have learned at Christendom College,” says Dusseault.

Hailing from Leonardtown, Md., Elise Carney received competing offers from other colleges and universities, but constantly saw Christendom as her number one choice, thanks to its fully Catholic, welcoming environment and challenging curriculum.

“During my college search process, although unsure about many things, I knew I wanted to attend a school where I would not only be challenged academically but also encouraged to grow in my faith. This practice of intertwining the Catholic faith with the curriculum at Christendom College is what ultimately drew me to the school,” says Carney.

An AP scholar, Carney received numerous awards for her educational excellence during high school, including the Rensselaer Polytechnic Institute Rensselaer Medal Award, the Xaverian Award for Excellence, and scholarship awards in medicine, chemistry, English, and more. Carney was an all-star both in the classroom and outside of it as well, winning awards as the captain of her varsity volleyball team, as well as serving as a religious education teacher, a tutor, and accruing over 350 volunteer service hours — accomplishments that prepared her for her next step in life at Christendom.

“I look forward to not only expanding my knowledge but also growing in virtue and striving to become a saint,” says Carney.

This is part three of a series focusing on the incoming Christendom College Class of 2019. Discover more about the Class of 2019, their achievements, and why they chose the Christendom difference at christendom.edu/life.