Christendom Class of 2019 Aims to Change the World 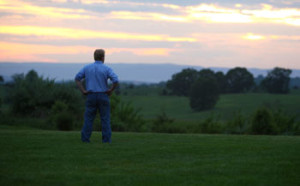 This Friday, August 21, Christendom’s incoming class of 2019 arrives on the Front Royal, Va. campus, as the largest class of students in the college’s history. From award-winning artists, nationally-recognized pianists, to all-conference athletes, the members of the historic class of 2019 come from across the United States and Europe, all drawn to Christendom by a common goal: to change the world through a Catholic liberal arts education.

Nicole Feldman, hailing from Potomac, Md., is one of many incoming students who sees Christendom as the ideal means to bringing positive change to the world. After attending the Experience Christendom Summer Program, Feldman returned to campus five times over the next few years, increasing her appreciation of the school, its educational offerings, and its vibrant spiritual and social atmosphere, especially in comparison to other colleges.

“At the end of my college search, I was torn between two very different schools: one with a student body of 500 and one of over 10,000. After a lot of thought, I saw a lot more long-term benefits from Christendom than at a highly ranked art university. I needed to be some place where my faith could thrive, and be surrounded by classmates who can help me get there,” says Feldman.

Feldman, who worked as the co-editor in chief of her high school yearbook at Academy of the Holy Cross, took those same skills in creativity and design to her original artwork, which earned her numerous first place achievements and recognition from festivals. That love of beauty, combined with a spirit of community service, led Feldman to Christendom’s education, which she sees as key to her dreams of working in youth ministry and interior design.

“I have always loved helping people and I hope that one day, with my Christendom education, I will be prepared to assist others in growing closer to Christ,” she says.

That desire to do the greatest work for God possible drove Robert Gasperson to Christendom as well, first as a student at the Experience Christendom Summer Program and now as a freshman this fall. A native of Swansboro, N.C., Gasperson achieved a 4.0 GPA in high school, in addition to being nominated to represent North Carolina at the Congress of Future Medical Leaders — an honors-only program for high school students who want to go into medical research fields.

Gasperson’s desire for excellence spreads across a variety of interests, including gymnastics, tennis, swimming, fencing, and taekwondo, in which he holds a black belt. An avid volunteer, Gasperson also speaks Polish and is a nationally recognized pianist — an instrument that he has performed on for the past 11 years.

Looking for an education that would unite all of these interests in one common goal, Gasperson chose Christendom’s classical liberal arts, seeing it as the key to achieving wisdom in all things.

“Even though I’ve looked at [other] colleges…Christendom College was undoubtedly my top choice. My first day of visiting Christendom, I was immediately drawn in by the true Catholic atmosphere, as well as its fusion into the curriculum. I believe that Christendom, as opposed to the standard methods of higher education, will provide me with a truly philosophical way of thinking through the Catholic lens, allowing for greater wisdom in all things,” says Gasperson.

Hailing from Rocky Mount, N.C., Henry Love wanted a college education that would be similar to his private school education at St. Thomas More Academy — one that was classical, but also taught in a Catholic community in which he could grow and thrive. After discovering Christendom’s new mathematics major, Love made the college his top choice for higher education.

“I chose to attend Christendom College with its rigorous liberal arts education because the school has such an emphasis on the formation of the entire person, not just one academic aspect, but the person as a whole,” says Love.

An all-conference athlete for cross-country running, Love also competed at regional and state-level competitions for the Science Olympiad and Junior Classical League. Love acted as the president of his pro-life club in high school as well, revealing a spirit of love and service that extended to his numerous mission trips to Honduras.

After being pushed in high school toward these great endeavors, Love sees Christendom as the perfect place to again be pushed toward achieving greatness.

“The culture at Christendom is unlike any other school. It is unique and genuine and I cannot wait to be a part of this family in the fall,” he says.

This is the final part of a series focusing on the incoming Christendom College Class of 2019. Discover more about the Class of 2019, their achievements, and why they chose the Christendom difference at christendom.edu/life.