At Christendom College, Pam Stenzel to Discuss Importance of Chastity for Culture of Life 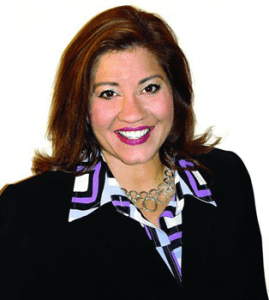 Internationally recognized speaker Pam Stenzel will deliver a talk titled “Chastity: The Foundation for Building Strong Families and a Culture of Life” to the Christendom College community on Monday, October 5. Part of the college’s Major Speakers Program, the talk will begin at 7:15 pm in St. Lawrence Commons.

Stenzel is the founder of Enlighten Communications, Inc., author of the internationally used public school curricula “Abstinence by Choice” and “Building Healthy Relationships,” and is regarded as one of the country’s most-established lecturers on chastity.

After earning her B.S. in psychology from Liberty University, Stenzel served as the director of the Alpha Women’s Center, a counseling center for women undergoing crisis pregnancies. Her experiences inspired her to begin speaking full-time on the importance of abstinence, now speaking to over 500,000 people every year. Stenzel is in great demand as a speaker, traveling domestically and internationally.

Stenzel has developed numerous abstinence education products, with her videos gaining worldwide distribution and receiving the Crown Award for Curriculum of the Year in 1999. The featured speaker at the United Nations for “The Summit on Children Conference” in June of 2001, Stenzel has appeared on national television and radio programs, including Fox News and ABC.

Christendom College’s Major Speaker Program is an important aspect of the academic life at the College, offering the students and community an opportunity for cultural, intellectual, and spiritual enrichment beyond the classroom. The program offers students the opportunity to gain greater insights and depth of understanding of important issues, and to interact personally with a wide range of men and women who are shapers and critics of our society.