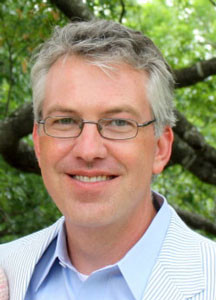 Nationally recognized political philosopher and author David D. Corey, Ph.D., will explain the many facets of the just war theory at Christendom College on Friday, November 6, at 4:00 pm in St. Kilian’s Café. Sponsored by the college’s Cincinnatus League, the talk is open to the public and all are encouraged to attend.

A weekly political philosophy discussion group, the Cincinnatus League of Christendom College hosts an important lecturer each semester who speaks on a political topic significant to the modern world. Corey’s talk, which is co-sponsored by the Intercollegiate Studies Institute (ISI), will pull from his years of study about just war theory, which inspired his book The Just War Tradition.

Corey is an acclaimed associate professor of political science at Baylor University, where he was twice been named Faculty Member of the Year. Corey earned his B.A. from Oberlin College, before earning his M.A. and Ph.D. from Louisiana State University.

A popular thinker on political philosophy, Corey had his first book, The Just War Tradition, published by ISI Books in 2012. His second book, The Sophists in Plato’s Dialogues, will be released by SUNY Press in 2015, while he is currently at work on his third book as well: Political Philosophy against Ideology: Strauss, Voegelin, Oakeshott and Arendt. Corey is a popular campus lecturer, appropriating insights from the history of political philosophy in order to shed light on problems associated with modern liberalism.

Christendom’s Cincinnatus League is made up of students from every class level, and is advised by Dr. Bracy Bersnak, chairman of the political science and economics department at the college.