The United States is in a state of confusion, with the very notion of marriage and family that the nation was founded upon being “redefined” by media pundits and political parties alike. For many parents, the future seems to be at risk, and they want to ensure that their children are prepared for this uncertain future. Late benefactor Susan Turner shared this same belief nearly twenty years ago, turning to Christendom College for aid — a place she felt offered the best possible Catholic education in the land. 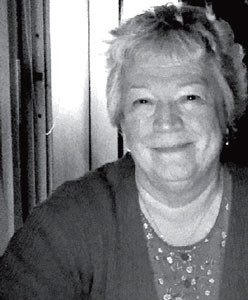 The Turner family grew up in Laurel Fork, Va., a location noted for its rural, country beauty but not for its Catholic culture. Living in a small town lacking both a Catholic Church and a Catholic community, Turner fought hard to raise her daughter and two sons properly in the Faith, going so far as driving across the border to North Carolina every Sunday so her children could attend Mass.

This drive to raise her children fully in Catholicism eventually led Turner to Christendom College, a place she had heard of in the Catholic literature she frequently read, and through her close friend Mary Bowes, who would send her own children, Beth and John, to Christendom in the 1990s.

Turner took her daughter, Anne, to visit Christendom’s campus in the early 90s, seeing it as a beacon of educational hope, in stark contrast to the public school system Anne was currently enrolled in at Laurel Fork — a school where she was the only Catholic in attendance. While her sons would eventually go to state school, Anne fulfilled her mother’s dream and received a fully Catholic education, graduating from Christendom in 2002.

The outstanding liberal arts curriculum and vibrant spiritual life of Christendom inspired Susan to send her daughter there in the first place, believing that the knowledgeable faculty would give Anne the Catholic education that a state school could never provide. After seeing the results of her daughter’s time at Christendom, Susan determined to make sure other children could receive the same gift in the future. She began making regular gifts to Christendom over the next decade before passing away this past March.

Anne, the executor of Susan’s estate, found one last gift in her will: an estate gift for Christendom College, to be utilized wherever the college needed it most. Turner believed passionately in the mission of Christendom to her last day — an inspirational showing of generosity that will help the college continue to prepare students for the world long into the future.

By making an estate gift to Christendom, friends of the college can help the school make the “history-makers” this nation so desperately needs, even after death. A gift from a will is an ideal way to support the academic and spiritual programs that make Christendom students and alumni such a powerful force for change in the world — alumni like Susan’s daughter, Anne.

For more information on leaving an estate gift to Christendom, please contact Glen McLeod of the Christendom College Office of Advancement at 800.877.5446 ext. 1602, or at glen.mcleod@christendom.edu.

This story is taken in part from the fall edition of Instaurare, Christendom College’s quarterly magazine. To read more or subscribe, please visit christendom.edu/news/instaurare-magazine.