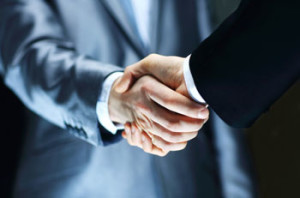 A liberal arts degree is far from the “useless degree” that many of today’s politicians have labeled it. Rather, it is leading graduates into becoming today’s best entrepreneurs and business leaders, thanks to its imparting of critical thinking and learning skills — skills that lie at the heart of a Christendom College education.

In a recent story for PBS Newshour, economist Paul Sloman points out the essential connection between the liberal arts and business, as evidenced by startup Sword & Plough. A company that specializes in repurposing military supplies into fashionable bags, Sword & Plough is led by Cully Cavness, a liberal arts graduate who thanks his education for his current entrepreneurial success.

“I think the essence of any good entrepreneur is a good idea that’s been thought through and explored creatively. There’s a lot of soul searching involved in any kind of good entrepreneurial endeavor, and all of that is essential to any liberal arts education. You’re being asked to think through ideas and explore them with creativity and with a critical mindset. And those are complementary,” said Cavness, who majored in geology.

Today’s youth are facing an incredibly competitive economic landscape, as more and more graduates look to emulate the great success stories of the past century. In such an environment, Cavness believes that liberal arts graduates have the edge in business, due to their abilities to think creatively and outside the box.

“Liberal arts is about thinking about how to think, learning how to learn. And in any business, you don’t have all of the skills going in. You certainly don’t have all the credentials or experience, so you have to know how to adapt and learn on the fly. That is liberal arts education right there,” said Cavness.

Similar success stories are being heard across the business world, with philosophy major Stewart Butterfield leading startup Slack Technologies to billion-dollar success in the tech world — a success he believes is born out of his study of philosophy. 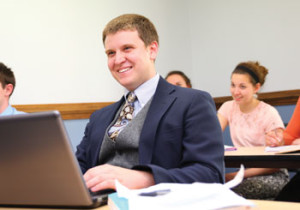 These stories are not limited to recent graduates, however. Many of today’s top CEOs earned liberal arts degrees within the past fifty years as well, which helped them climb the rungs of the business world ladder towards their current success. Both Michael Eisner and Robert Iger, the past two CEOs of the Walt Disney Company, earned liberal arts degrees, along with Ken Chenault, CEO of American Express, and Carly Fiorina, former CEO of Hewlett-Packard and current presidential candidate.

The job market is eager to hire graduates with liberal arts degrees, because they guarantee the soft skills that companies are looking for in their employees.

Christendom College provides the timeless and challenging Catholic liberal arts education that graduates need for success, both in the workplace and outside of it — the same education that has inspired and produced the greatest scientists, scholars, heroes, and saints over the past 2000 years.

Christendom students encounter a universal study of knowledge, unified by the central role played by philosophy and theology. By seeking the truth through various disciplines, they cultivate a new intellectual power enabling them to master any subject. This education gives them a perspective on life that few others receive, and that is a view of the big picture, with the ability to stay focused on the Truth, while at the same time, think critically about issues, form opinions, and communicate clearly.