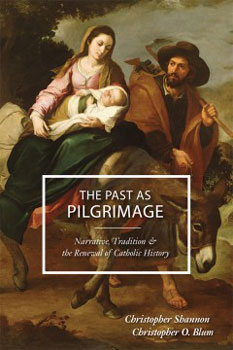 Christendom Press’ The Past as Pilgrimage received new acclaim from the National Catholic Register this past weekend, as seen in an exclusive interview with authors Dr. Christopher Shannon, chair of Christendom College’s history department, and Dr. Christopher Blum, former Christendom professor and academic dean at the Augustine Institute. Calling the work “compelling,” the Register stressed the importance of a Catholic education in history and highlighted the value of such an education from Christendom College.

Released to critical acclaim in the fall of 2014, The Past as Pilgrimage: Narrative, Tradition, and the Renewal of Catholic History challenges the secular bias currently prevalent amongst professional historians, and argues for the compatibility of faith and reason in the study of the past.

“What we believe about the nature and destiny of the human race shapes our view of history and vice versa. Christians hold that the human story begins at creation, turns upon the life, death and resurrection of Jesus and will come to an end with Christ’s second coming. If the story that we tell about mankind does not have that beginning, middle and end, then we are not thinking as Christians should,” said Blum, in the interview for the Register. 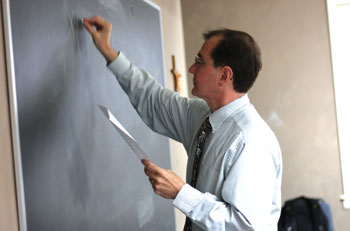 “At Christendom, students take a four-semester core sequence in history, spanning the ancient world of Hebrews, Greeks and Romans to the modern, 20th-century West. Following the basic timeline as many secular Western Civilization survey courses, the core courses at Christendom put the story of Christ and his Church at the center of the grand narrative of the West. At the same time, we seek to expose students to the best of recent and contemporary history writing by secular academics and to challenge them to synthesize the best of secular history with the best of Catholic history,” said Shannon, who is also a professor of history at Christendom.

History has played a special part in the liberal arts curriculum of Christendom College since its very beginnings in 1977, thanks to founder Dr. Warren Carroll. A historian by trade, whose works are still used in Catholic high schools and colleges to this day, Carroll recognized that the theological crisis of his time was due, in part, to the loss of cultural heritage, and insisted that history play a central role in the college as a result.

Due to his insistence, Christendom students become the “guardians of memory” that Carroll called for, and are given the ability to study history within the Catholic framework stressed by Shannon and Blum.

For more information or to order the book, visit christendompress.com.