Why Losing the Powerball is Good, According to Christendom’s Dr. Cuddeback 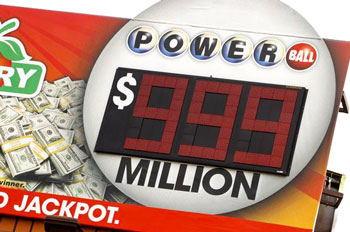 While many were lamenting not winning the Powerball jackpot last week, Christendom’s Dr. John Cuddeback has a different perspective on the lottery altogether. In a new article for Crisis Magazine, Cuddeback points out the dangers of gaining money solely by chance, giving last week’s “losers” the opportunity to reflect on why losing the Powerball is actually a reason for joy.

In the article, Cuddeback points out that wealth usually comes to people as compensation for labor. This is a fitting means for making money, because it helps people recognize exactly what went into earning that money, which is then used for food, housing, and more.

Coming into enormous sums of money by chance, such as through last week’s Powerball, removes that perspective according to Cuddeback. Rather than focusing on needs, men who suddenly possess millions of dollars might focus on fulfilling desires instead — a dangerous path to tread.

“[Money won by chance] has been removed from any connection to work, real things, or people. And especially as thus disconnected, the corrupting power of money grows stronger. We will tend all the more to associate money with the fulfillment of our private desires, rather than with the fulfillment of needs, both our own and others. Tellingly, there is something to worry about if a homeless person is handed ten thousand dollars by a stranger,” says Cuddeback.

In his reflection on the lottery, Cuddeback is quick to point out that participating in it is not, in itself, wrong — just as money, and wealth, are not, in themselves, wrong. But there are dangers in the abuse of all three that can lead to an increasingly self-centered life.

“While desires for wealth are often unlimited, our real needs are always limited. If we find ourselves in possession of more than we need then the proper response is to share our excess with those whose needs are not being met. But too often our first and main response is to turn to extras and frills for ourselves,” says Cuddeback. 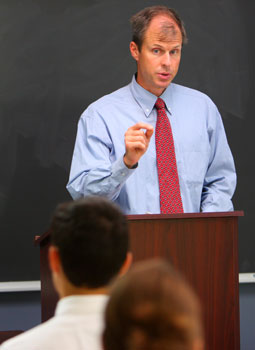 “Precisely this desire for more—memorialized and warned of in countless stories and fairy tales—works against us, eating away our fiber and our happiness from the inside. Any time we have more of something than we need…it is fitting, and perhaps even required of us, to give away the extra. If I come into possession of extra clothing for instance, I should look to distribute it to others. With money especially, there is another reason to give away our excess. Having a lot of extra money poses a threat to our character. As St. Thomas Aquinas wisely points out, living in wealth tends to engender in us an attachment to it,” says Cuddeback.

There are those who are called to be wealthy in this world, as seen throughout the course of history. While some accomplish many goods with their wealth, countless others become slaves to their riches, and thus fall into the dangers warned of by Cuddeback.

All of these considerations should give the perceived “losers” of the Powerball reason to ultimately be happy. Rather than feeling let down by their losing ticket, they should, according to Cuddeback, be joyful that their inordinate desire for wealth was not fulfilled.

“We would do well to remember there is good reason that wise men both pagan and Christian advise caution about having, and even more, about seeking great wealth. If we take this occasion to recall their admonitions, our failed Lotto ticket can be a reason for joy,” concludes Cuddeback.

To read the entirety of this article in Crisis Magazine, please visit here.