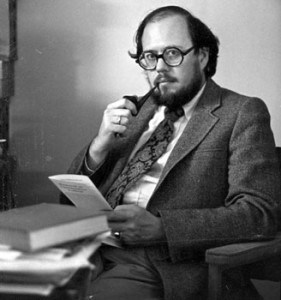 The lifework of pioneer Catholic activist, apologist, and scholar, Dr. William H. Marshner, is now available online, with the launch of The Marshner Collected Works Online website on Thursday, October 6.

Marshner, an analytic Thomist and a founding faculty member of Christendom College, is regarded as one of today’s foremost theologians. The website preserves the Marshner legacy for posterity, and will help students and scholars discover why Marshner is regarded as a pioneer of the Catholic Renaissance in the United States and a profound theological thinker.

“A truly amazing feature of Dr. Marshner’s 37-year teaching career at Christendom is that he steadily produced a large volume of writing on a variety of topics, both popular and scholarly, even while in the midst of founding the college, administrating its theology department, giving public lectures and conferences, and teaching at least four classes every semester. The website testifies to his genius and fortitude,” says theology department chairman, Dr. Eric Jenislawski.

“Even though I have worked with Dr. Marshner for 14 years, I had no idea of the incredible array of writing he had produced. Some of it has never been published, including several very useful and scholarly books.  Christendom wanted to honor this founding faculty member by making his trove of scholarly work available to the general public.  A website hosted on the college’s domain is a perfect way to do that,” says Jenislawski. 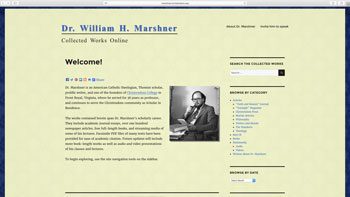 A staunch defender of the faith since his conversion in 1967, Marshner was one of the few articulate combatants on behalf of Catholic orthodoxy in America in the 1960s and 70s. As an investigative reporter for The Wanderer, he uncovered horror stories across the country during the period of Post Vatican-II excesses, and he spoke and debated across the nation in defense of Catholic truth.

Marshner first encountered Christendom founder Dr. Warren Carroll when they both worked at the Catholic magazine Triumph, and in 1977 he became one of the five founding faculty members of Christendom College. Transitioning into an esteemed scholar in the years following, Marshner was named the first chairman of the theology department at Christendom. For the next 38 years, Marshner taught at the college, with his unique gift as a teacher to make the most complex matters understandable and accessible winning the devotion of generations of students.

Marshner’s works in advocacy, journalism, and scholarship have been published in newspapers and academic journals, with many acclaimed books published as well, including a new work being released next month. His extensive scholarship was never collected in one location, however, which sparked the idea of The Marshner Collected Works Online. Jenislawski and current student Evelynne Stewart began work on the website two years ago, with both taking great care to invest in archival-quality digital presentations of his already-published works, many of which are now difficult to obtain. 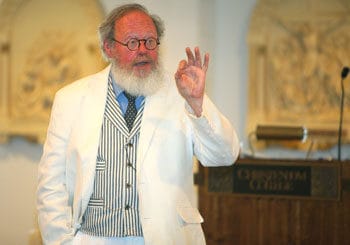 “The process was not easy. First, there were hundreds of pages of articles from the newspaper, The Wanderer, and the magazine, Triumph, to which Dr. Marshner had contributed regularly during the early years of the college. Many of these were on large-format, yellowed, and brittle newspaper: most professional document conversion services wouldn’t touch them.  So we did it ourselves. The audio files were another adventure.  Dr. Marshner had several dozen cassette tapes of his lectures from the 80s and 90s.  All these had to be digitized and converted to MP3 files as well,” said Jenislawski.

The years of work has resulted in a website containing 170 articles, 3 books, and 15 audio or video lectures to date, with the archive expected to grow over time.

In addition to the website launch, Christendom is proud to announce a new lecture series by Marshner this fall. The topic will focus on Church and State, with the first lecture delivered on October 11 and the second on October 27.

Both lectures, which will be given in Thomas Aquinas Hall on Christendom’s campus at 7:00 p.m., will give undergraduates the opportunity to experience the wit, clarity, and depth of insight of this profound teacher, just as their predecessors experienced for decades before them.