Acclaimed art historian and author Elizabeth Lev will deliver an exclusive lecture to the Christendom College community on Monday, March 20 titled “Taking on the Temples: The Development of Christian Sacred Space in St. John Lateran.” The talk, which will be given at the college’s St. Lawrence Commons, will begin at 7:00 p.m. 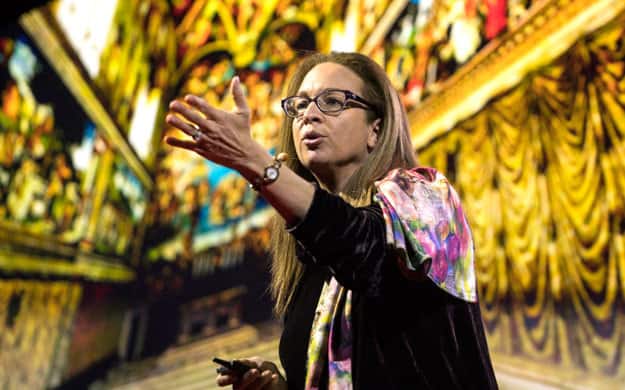 Lev is a highly sought speaker, tour guide, and teacher, thanks to her extensive background in art history and her dynamic, engaging personality.

Lev, who has taught art and architecture courses for the Christendom College Junior Semester in Rome Program for years, is an American-born art historian who currently lives and works in Rome. After earning degrees from the University of Chicago and the University of Bologna, Lev became a denizen of Rome in 1997, giving tours of the city while also teaching art history for Duquesne University. With her dynamic and engaging speaking skills, Lev is now a highly sought tour guide, teacher, and public speaker. She has presented TED talks, and has appeared on ABC’s Nightline and the Today Show.

In addition to numerous articles, Lev is the author of three books, The Tigress of Forli: Renaissance Italy’s Most Courageous and Notorious Countess, Caterina Riario Sforza de’ Medici, Roman Pilgrimage: The Station Churches with George Weigel, and A Body for Glory: Theology of the Body in the Papal Collections with Fr. Jose Granados.