This story appears in the Winter 2017 edition of Instaurare. Subscribe today!

Mr. Joseph Triolo passed away since the publication of this article. Christendom College is forever grateful for his sacrifices and generosity.Eternal rest grant unto him O Lord and let perpetual light shine upon him. May his soul and the souls of the faithful departed, through the mercy of God, rest in peace. Amen.

For 40 years, the Christendom liberal arts education has formed and changed lives for the better. With the help of generous benefactors, like Joseph and Katherine Triolo of Illinois, that vision will continue on into the future. For the Triolos, their hope is that the college’s new Christ the King Chapel will help inspire more students to attend and more benefactors to generously give. The Chapel’s rose window, which symbolizes the marriage between the Faith and the liberal arts, is their gift towards making the college’s future possible. The window, which will be one of the first things one sees upon entering the Chapel, will honor Our Lady Seat of Wisdom, nested in the center and surrounded by angelic personifications of the seven traditional liberal arts. The beautiful imagery’s placement will be intentional, showing the marriage between the Catholic Faith and Christendom’s education. 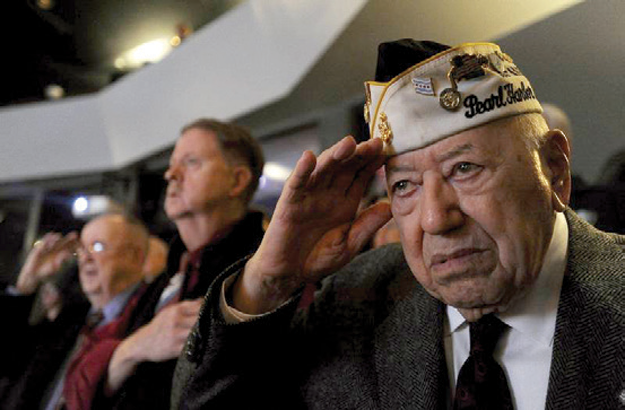 Mr. Joseph Triolo, a World War II Navy Veteran, and his wife, Katherine, have made the Rose Window in the new Christ the King Chapel possible.

The college’s dedication to the liberal arts is at the core of its apostolate as it seeks to set men truly free. As the college’s vision statement declares:

From its beginning, Christendom College has been committed to Catholic liberal education, but few in our time understand what liberal education is. An explanation must begin with freedom: a liberal education is the education of a free man. It prepares man for true freedom and fosters that freedom within him. The most obvious characteristic of the free man is that he is not a slave, that he is able to choose for himself, but the modern mind stops here. It understands freedom only as a lack of repression. But true freedom is not just a lack, it is something positive, an ability to direct one’s actions rationally. No one can direct himself rationally without a goal, without understanding the true purpose of human existence, the achievement of the good. The truly free man, then, lives a good life; he pursues what is truly good, both for himself and for society.

The Triolos first discovered Christendom and her Catholic liberal arts education through an advertisement, which declared the college’s freedom from federal aid. Inspired by the ad and the college’s vibrant Catholicism, the Triolos decided to contribute to the construction of the new Christ the King Chapel. Why the Rose Window in particular? Because they see a Christendom education as essential to the future of today’s youth.

“I believe a liberal arts education provides students with a well-rounded education, one that allows the students more choices, not only in the classroom but in life as well,” says Joseph.

Joseph is a World War II Navy veteran with an eighteen-year career that spanned service on 14 ships. He joined the Navy in 1937 at age 17, and was present at the attack on Pearl Harbor in 1941, and he remembers seeing the Japanese pilots in the cockpits of their low-flying planes. When the U.S. entered World War II, his ship, the Tangier, was ordered to set up bases for patrol planes in Fiji, Noumea, and New Hebrides; while he was there, the Battle of the Coral Sea took place and the Tangier aided in rescuing survivors of the battle. Joseph was also stationed in the Solomon Islands and Okinawa, Japan, where he experienced Kamikaze attacks and the aftermath of the bombing of Nagasaki.

Joseph continued to serve in the Navy until after the Korean War. After leaving the Navy, he finished his education and became a teacher for thirty years at North Chicago High School, and later a counselor. Joseph and Katherine’s gift to Christendom carries forward this proud tradition of changing young lives. 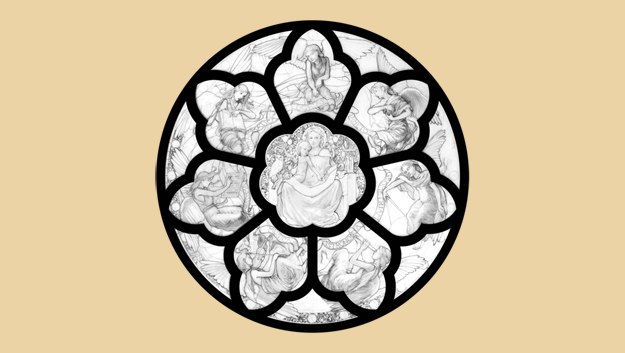 An artist’s rendering of the new Rose Window.

Blessed John Henry Newman saw the need, as the Triolos did, to change young lives centuries ago, and fought to change the direction of the university system through his own writings. In his book, the Idea of a University, Newman observed that a student, through a liberal arts education, attains an intellectual prowess by which he can take up any career and thrive with competence, grace, versatility, and success. Unlike the non-liberally trained, the liberal arts student becomes equipped for a life of leadership and excellence. By marrying a liberal arts education with the Catholic Faith, a student is even more equipped, as he is illuminated by the Light of Reason and the teachings of Christ and His Church — not too dissimilar from how light from the rose window will illuminate the new chapel.

Christendom stands as one of the last schools of higher education to embrace this “idea of a university.” In the classroom, students wrestle with the most important questions known to man, from “who is God?” to the hows and whys of creation itself. They read the greatest works of Western Civilization, and study the events and figures that shaped and molded the world into its present form. Most of all, they learn and discuss all these things with a committed faculty, who is ready and willing to engage students along their path to success, just as Newman envisioned. 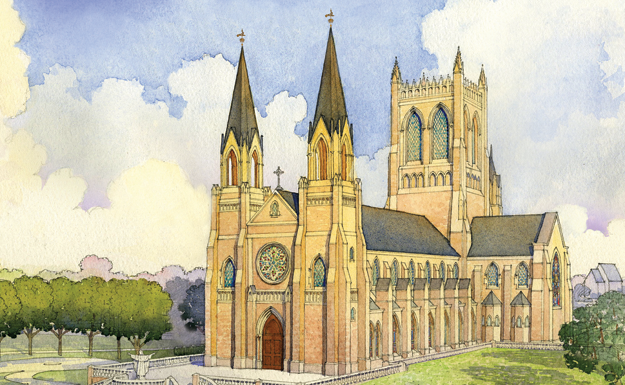 The window will be one of the first things you witness in the new Chapel of Christ the King.

Where do these students end up as a result? In every career field imaginable. Law, journalism, medicine, education, politics — all of these fields are occupied by graduates of Christendom. Christendom’s founder, Dr. Warren H. Carroll, founded the school for this very purpose: to form lay people who would go out into the world and impact every field for the better. With their education in hand, alumni are accomplishing that very ideal daily.

The Catholic liberal arts is the ideal form of education, both according to Newman and to Pope Saint John Paul II as well, laid out in his landmark encyclical Ex Corde Ecclesiae. Christendom follows in the tradition of both, and the rose window aims to show this in a physical manner, which will awe and inspire for years to come.