Reading senior Michael Duca’s artist biography reveals a few very important things about him. One, he is very passionate about music. Two, he elected to earn an undergraduate degree in philosophy rather than jump full-time into a burgeoning music career in Los Angeles. That decision is one that continues to form Duca, with his time in the classroom and on campus directly contributing to the release of his newest EP, Eat Local.

Duca’s newest EP dropped on Spotify this past weekend, featuring three original songs that draw upon his background in folk, blues, and rock. The record is his second independent release, after 2017’s Best Face Forward. That release garnered the attention of Sony producer Bruce Vanderveer, who is working with Duca on his future projects.

All of this sounds like the accomplishments of a star on the rise in L.A., not a full-time liberal arts student in Front Royal, Virginia, but it is this aspect that Duca believes is key to his early success and to his future.

“I chose to pursue a degree in philosophy instead of jumping into music full time, or even studying music in college, for two reasons,” says Duca. “One, I was able to teach myself everything I needed to begin writing, recording, and performing the music I loved on my own. Two, since philosophy is primarily concerned with understanding and investigating reality, I figured that the more I understood about reality, the better I would be at communicating what I knew about it through music. I continue to realize how invaluable these insights I’ve learned are, especially for an artist in the modern world, or more specifically one living in Hollywood.” 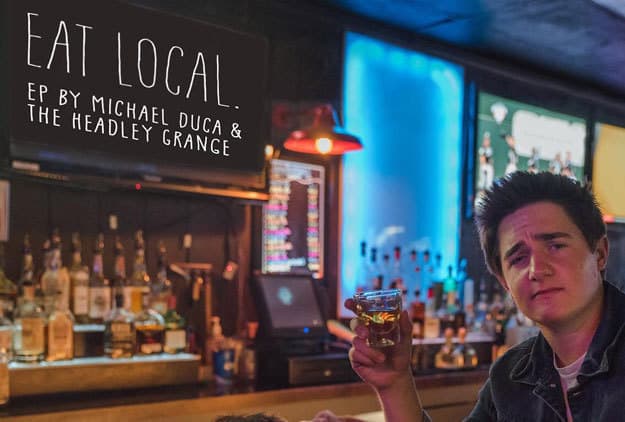 Duca’s love for music is not a recent phenomenon, but instead has been growing since he was 12 years old. After being gifted a Stratocaster by his uncle, Duca began writing and recording homemade demos throughout high school in Warrenton, Virginia. He started performing these pieces at coffeeshops near home, before taking his show on the road to Los Angeles in the summer before he started college. When he arrived at Christendom afterwards, he continued to perform there, gaining further experience — both on stage and off. What Duca was learning in the classroom began to trickle into his music and the rest of his lifestyle, making Christendom not just a stepping stone but crucial to current and future life.

2017 marked the release of his first EP, whose success at Christendom and far outside of it gave Duca the boost to keep diving deeper into his passion. In the summers in between academic years, Duca traveled back out to Los Angeles to live with his brother, 2014 alumnus and film director Joseph Duca, in order to record music, write songs, and play at venues around the city. Eat Local. was born out of the labors of this past summer, with Duca working hard to network with the right people in order to make the EP happen. He ended up recording the whole album in a coat closet in Silverlake, an amusing anecdote that adds a level of charm to the endeavor and also reveals Duca’s commitment to realizing his dreams, no matter what it takes. 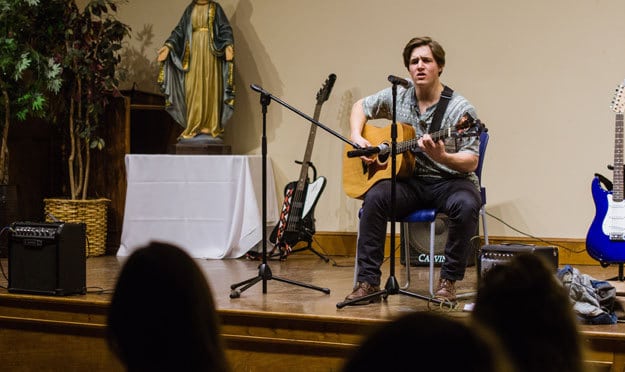 The ability to study the great thinkers, learn from the professors both in and outside the classroom, attend Mass daily, and form great friendships are all things that Duca would have missed if he had decided to forego college. Instead, as he prepares for graduation this coming May, he sees his time at college as an inspiration to continue to work hard, whether that be by recording an EP in a coat closet or by performing late at night on a stage. Duca wants to use art to change the world, one note at a time, impacting the lives of his listeners for the better along the way.