The medical field and the liberal arts are a perfect match — just ask the Christendom alumni who have made the leap into the field following graduation. Whether they are doctors, surgeons, or nurses, alumni of the college have all found that their liberal arts background gave them an edge in their graduate studies and beyond, helping them to excel and become leaders in their field. Two alumni doctors, successful in the medical field, returned to campus on November 6 to talk to students at Life on Tap about how they can find similar success.

Alumnus John-Paul Jansen, M.D., is one of the most successful of these alumni, now working as an internal medicine specialist at Winchester Medical Center. A graduate of the class of 2000, Jansen grew up in Canada with a father who was a physician. Seeing how patients attached themselves to his father inspired Jansen and gave him the desire to emulate him in his own career. 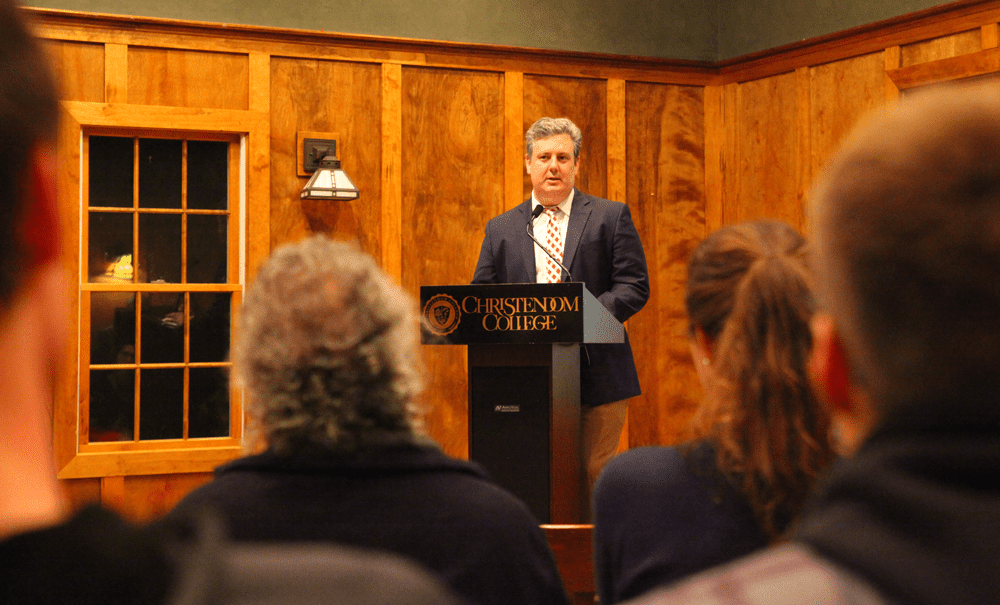 Jansen’s desire to become a physician crystallized during his junior year at Christendom, when he began to think about what career he would thrive in. He knew he wanted to be independent in his job and not ever be wanting of a job — two characteristics of a primary care doctor in internal medicine. He decided to begin taking prerequisite classes at a nearby college (prerequisites that are now offered at Christendom), and eventuallyenrolled in medical school at West Virginia University. While there, he discerned what field of medicine he wanted to go into, eventually settling on internal medicine.

Jansen went into detail about his specialty, helping students understand more about his field of work. As an internal medicine specialist and a hospitalist, Jansen works primarily with adults, assisting them during longer-term stays at Winchester Medical Center. While this is his field of work, Jansen took the time to explain the other fields that students could go into, giving them as much information as possible to assist them in this discernment process.

Jansen urged students considering going into medicine to focus on science and to work on their memorization skills as well. He also told students that they need to be flexible and willing to continue learning as medical practice evolves — a quality that a liberal arts education helps instill in students. Finally, students must be compassionate if they want to go into the medical field, according to Jansen.

Dr. John English (’06) followed Jansen and reiterated some of his points, including the need to get as many prerequisites done as early as possible during college, due to the time commitment a medical career requires. Like Jansen, he also grew up in a medical household, with his father running a private practice. 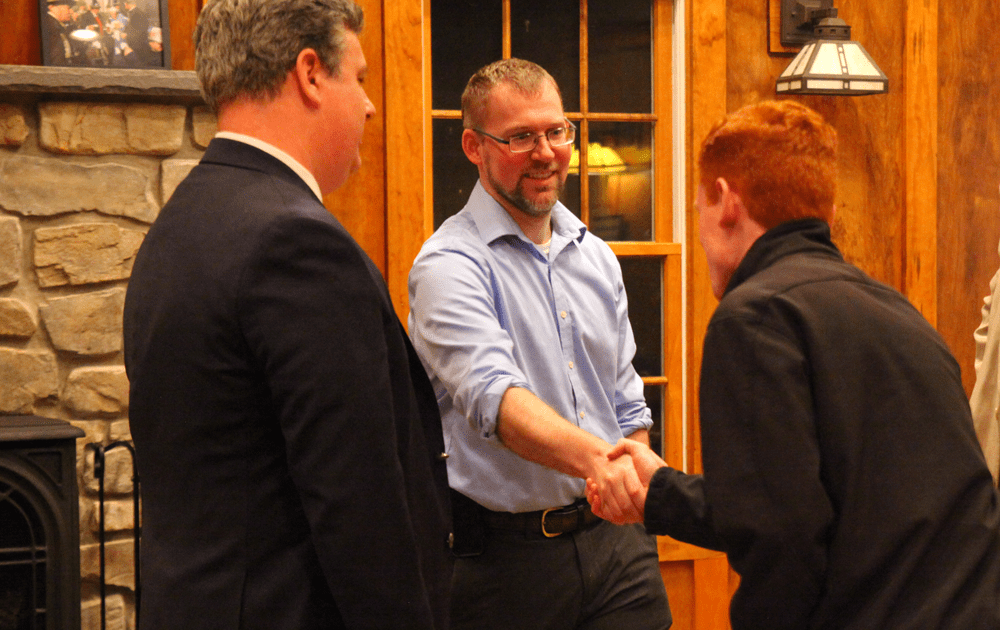 Before settling on medicine as a career choice, English moved from a homeschooled education to the seminary, before finally coming to Christendom. Studying at the college helped to ground English in reality, giving him a foundation to build on later in life. After graduating early from Christendom, English studied at Saber University, before going on to study surgery at the University of Pittsburgh.

English dug into what it is like to be a surgeon, including how they are on call consistently. English works in general surgery, which means he is on call to be the first and last resort for patients at all times, whether that be at 1 a.m. or 1 p.m. While this can be demanding, having the qualities of intellectual interest and compassion — the same qualities that Jansen mentioned — make the work fulfilling. English has the opportunity to touch people’s lives in a special way, and he encouraged students to consider this fact while discerning their careers.

To see the full talks from this Life on Tap, please watch the video below.