Christendom College’s graduate school celebrated its 16 graduates on August 3, 2019, at a special baccalaureate Mass and graduation ceremony held in the college’s Chapel of Christ the King.

With five different concentrations from which to choose, all of this year’s graduates earned their Master of Arts in Theological Studies, with four students also earning their Advanced Apostolic Catechetical Diploma, which is awarded by authorization of the Holy See in recognition of the student’s competence in the field of catechesis and his personal commitment to teach Catholic doctrine in communion with the Magisterium of the Catholic Church. Also of interest this year is the fact that four of the graduates are also alumni of the college’s undergraduate program.

In his homily at the baccalaureate Mass, Fr. William Saunders, former dean and professor at the graduate school and now the Vicar General of Faith Formation for the Diocese Arlington, gave the students an exhortation.

“How blessed we are to have this institution in our diocese that teaches the faith, and is focused on the truth. You did not go to a graduate school and lose your faith. You went to a graduate school where you were able to get a fully Catholic education. Give thanks to God, your family and friends, and the faculty and staff at Christendom,” he said. “Open your hearts this day and ask for the gifts of the holy spirit so that you may be effective witnesses of god in this world.”

The graduate school program is a rigorous one, which can be accessed both online and in-person in the classroom. It’s faithfulness to the Magisterium, and its emphasis on the philosophy of St. Thomas Aquinas, are two of the qualities which the students find to be most inviting.

In order to earn the MA in Theological Studies, with a concentration in Systematic Theology, Moral Theology, Sacred Scripture, Evangelization and Catechesis, Spirituality, or Consecrated Life, students must successfully complete a minimum of forty-two graduate credits. The program primarily offers classes in Catholic theology, philosophy, and history, and graduates must take 24 credits of core required courses, 12 credits of special required courses for his concentration, and 6 credits of elective courses. For many, the option to submit a thesis in lieu of the six credits of electives is a more viable option. Besides completing the classroom and writing requirements, each of the graduates also passed a comprehensive exam including both written and oral portions.

“You can’t love what you don’t know – at least not well anyway.  And if you’re not receiving an orthodox theological education, you’re not coming to know God.  And therein lies the true value of what we’ve received here.  We’ve been given the tools to come to know and thereby better love God,”  said Rob Sardegna, who delivered the commencement address to his fellow classmates following the Mass.

“So put this education you’ve received to use for the benefit of others.  And while, depending on where you end up, you might not get the chance to use terms like circumincession or condign and congruent merit, your efforts will nevertheless be both worthwhile and appreciated,” he concluded.

Sheryl French, from Virginia, took a double concentration route, focusing on both Evangelization and Catechesis as well as Moral Theology. Although a retired Army Lieutenant Colonel with a degree Architecture, she chose to attend the graduate program for personal development and to get a better understanding of the Faith. And although she does not have any major plans for using her degree in a work setting, she does have tentative plans to possibly write a series of stories for children about the virtues.

Conor O’Donnell, who is the Chairman of Theology at Tyburn Academy of Mary Immaculate in New York, studied in Sacred Scripture, and thoroughly enjoyed studying the Old Testament is great depth under the guidance of Professor Rev. Sebastian Carnazzo. O’Donnell, who earned his philosophy degree from Christendom in 2014, is the first student to graduate with a concentration in Sacred Scripture since this concentration was reintroduced.

Virginian Rob Sardegna holds the honor, this year, of being the sole graduated to have passed his comprehensive exams with distinction. He concentrated in Systematic Theology and is currently in the diaconate formation program for the Diocese of Arlington.

Fr. Mathias Njong is a priest from Cameroon, who has been studying at the graduate school’s Alexandria, Virginia, campus for the past number of years. He double concentrated in Moral Theology and Systematic Theology, and he wrote his thesis on polygamy in African society.

Matthew Speer earned his BA in philosophy from Christendom in 2014 and began his studies with the graduate school while working as the Residence Coordinator for Christendom College’s Rome program. He currently works as Program Director at the Wethersfield Institute for Catholic Thought., which organizes lectures and conferences in New York City and the surrounding area.

Susan Swanke concentrated in Systematic theology and just completed an independent study based around her recent trip to the Holy Land. Hailing from Wisconsin, she has worked in parish ministry for a number of years. As a result of this ministry, she wanted to earn her MA in Theological Studies to strengthen her own life of discipleship as well as give her more opportunities to share the Gospel as a lay person.

Sr. Joanna-Quyen Dinh and Sr. Theresa Phuong Vu both concentrated in Systematic Theology and are Dominican sisters who have spent the past four summers studying on the Front Royal campus to complete their studies.

Tim Cook, who is an alumnus of Christendom’s undergraduate program and who serves as a residence director at the college, double concentrated in Moral Theology and Evangelization and Catechesis. Although already working in a role that focuses on student formation, he has a future interest in teaching at the high school level.

These and all the other graduates will now serve as beacons of hope in a troubled world, where they will now join thousands of other Christendom alumni, armed with theirs education based on Truth, as they work to restore all things in Christ. 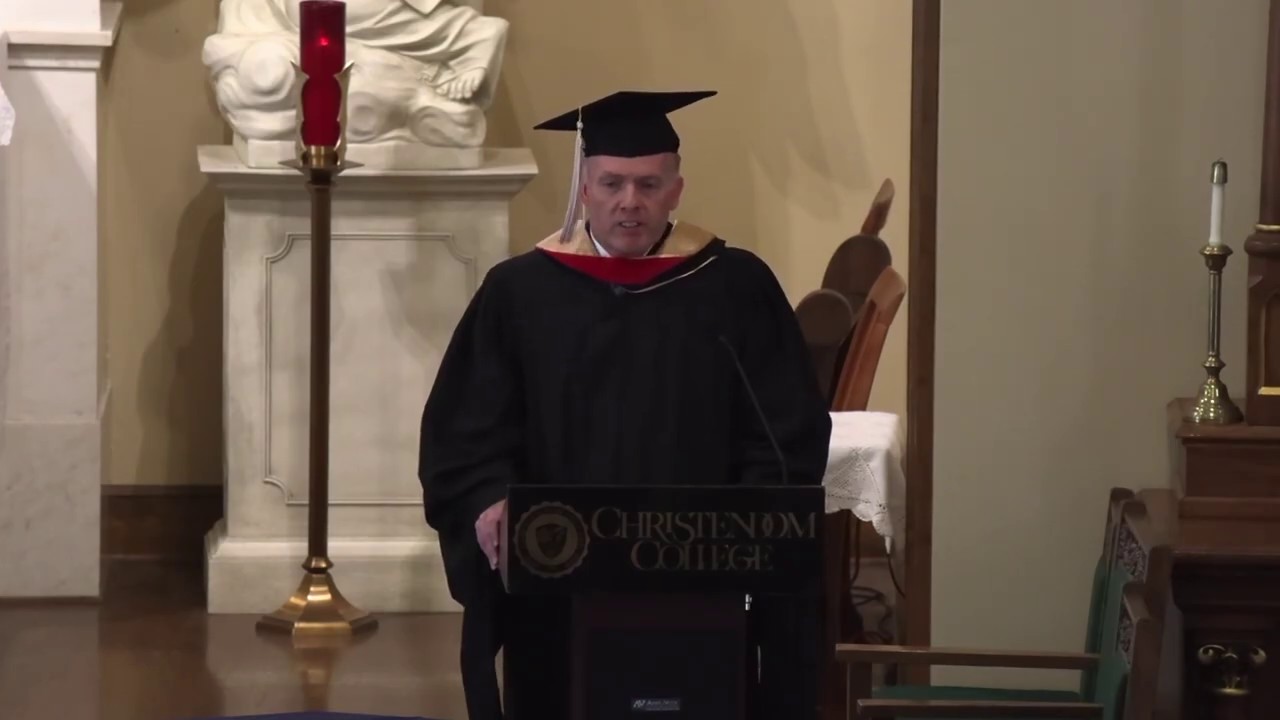