John Kennedy had a simple mission in mind when he began his college search: find a school where he could study and compete, all while growing in his Catholic faith. Finding such a school in today’s educational landscape, where the faith is marginalized both in and outside the classroom, is easier said than done, in most cases. For Kennedy, though, his answer came relatively quickly, when he found Christendom College — a school where he will not only study and compete as a Thomas S. Vander Woude Memorial Scholarship recipient this fall, but also grow further in his Catholic faith.

Kennedy, who clocks in at 6’9, hails from upstate New York, where he was homeschooled until eighth grade. From there on, he studied and competed at Cooperstown Central School, quickly becoming a basketball star at the school. In just his first year of playing varsity, Kennedy helped his team win the state championship and made the all-tournament team. While Kennedy was overjoyed at the success, he also began to see the need for a strong Catholic education in his college years rather than the secular education and culture he was experiencing in high school.

“A Catholic education is important to me both inside and outside the classroom because our faith should permeate every aspect of our life,” said Kennedy, who averaged 18.6 PPG and 13.9 rebounds in basketball his senior year. “This need was highlighted for me at [my] public school and is what makes the Christendom community model so appealing.” 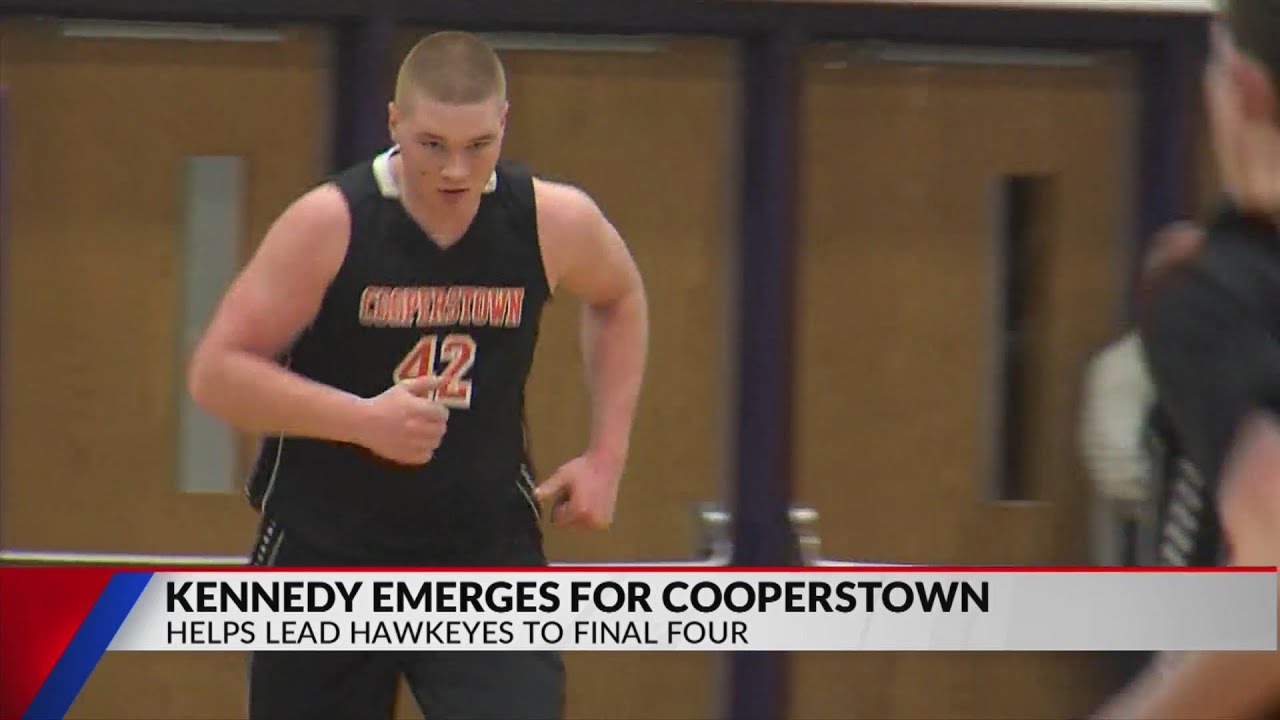 While Kennedy continued playing basketball at Cooperstown, along with football and tennis, his brother, Owen, began attending Christendom. A sports star in his own right, Owen Kennedy quickly excelled in basketball and rugby at Christendom, but what struck John was the strength of Owen’s faith upon returning home every school break. Seeing that encouraged Kennedy to attend Christendom’s Best Week Ever high school summer program before his senior year of high school and from there his college choice was obvious.

“I wanted to study and compete at Christendom in order to get a solid Catholic education so that I could grow in my faith and become a better man,” shared Kennedy.

Kennedy quickly applied to the school and later competed as a finalist in the college’s Padre Pio Full-Tuition Scholarship competition, putting him amongst the best and brightest applicants for the Class of 2025. While he did not ultimately become one of the college’s three winners for the class, Kennedy was awarded a different scholarship for his academic and athletic achievements: the Thomas S. Vander Woude Memorial Scholarship.

Named for former athletic director Thomas Vander Woude, the scholarship is awarded each year to select freshmen who embody the values that Vander Woude emphasized in his own life: Christlike leadership and heartfelt service through sports, in the classroom, and on campus. After four years of competing in multiple sports and striving to be a better man in a secular environment, Kennedy was more than honored to receive a scholarship named after a man like Vander Woude, whose values Kennedy aspires to as well.

When Kennedy arrives on campus this fall, he will aim to play both basketball and rugby for the school, joining his older brother, Owen, on both teams. Being able to play varsity with a sibling is exciting enough, but Kennedy is most looking forward to thriving in the Catholic culture of the school, studying theology and being surrounded by others that take their faith seriously.

Kennedy’s story is proof that it is possible to find a school where one can compete and study in a vibrantly Catholic environment. With his college search behind him, Kennedy is ready for his next steps at Christendom, where he will aim to live up to the motto of the college’s athletic department: “for the love of the game and the glory of God.”