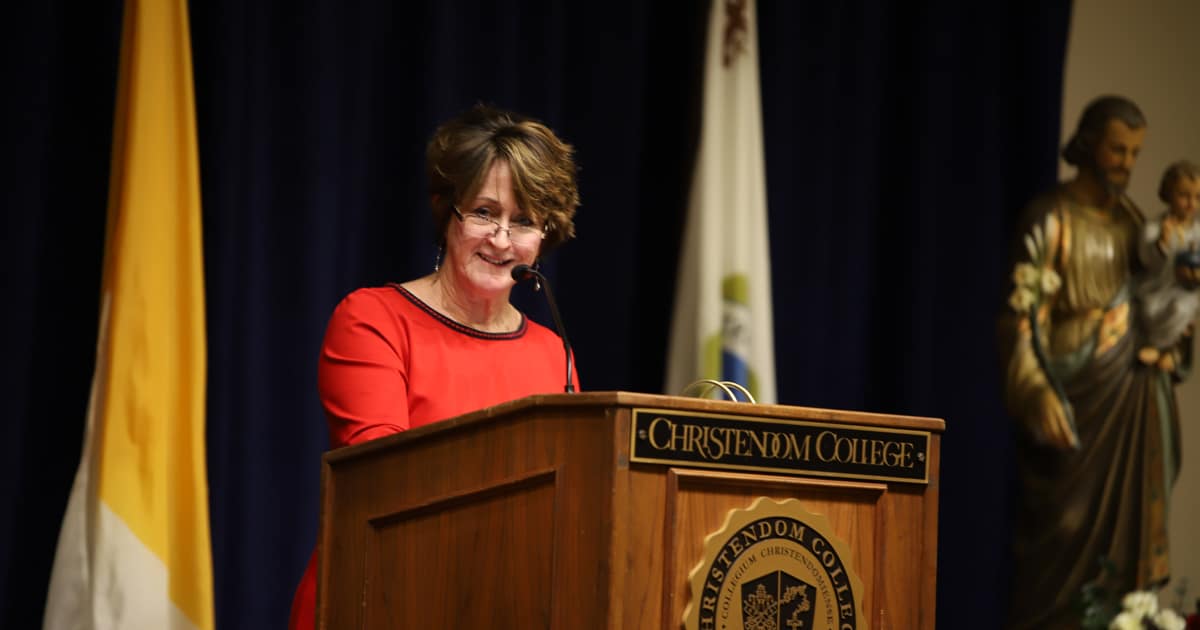 The Ethics and Public Policy Center’s Dr. Mary Rice Hasson delivered a talk at Christendom College on Monday, November 8, speaking about the fight against gender ideology. Hasson gripped her audience throughout her talk as she navigated the difficult subject matter and offered practical advice on how to respond to this issue through a Catholic lens.

“[Gender Ideology] is such a cultural tsunami that has hit, not just our culture, but the developed world with such force that it is affecting all of us,” said Hasson. “It’s not only affecting just the people who become confused about their identity — it’s affecting all of us.”

Hasson, an author and the head of the Person and Identity Project, began her talk by pointing to how gender ideology has turned into a “sacred belief,” akin to a religious worldview. In a desire to make all children feel safe and comfortable, teachers have been taught to presume all children are LGBTQ in the classroom, according to Hasson. From this moment on, a foundational cultural norm was shaken, leading to where we are in society today.

To understand how to confront this issue, one first needs to understand what it is. Hasson explained that gender ideology has its own terminology and its own rituals, which are seen with the language used often in online communities.

“Gender identity is an invented term,” said Hasson. “You’ll see it in psychological manuals, but it is an invented term and here’s what it means: it means a person’s feelings. Their feelings about how they identify. It’s nothing more complicated than that. In fact, the Humans Rights Campaign in the coming out guide describes gender identity as a person’s perception of self.”

Hasson dug deeper into the topic as the talk progressed, showing how gender ideology has affected children the most. By being taught that their identity is determined by their feelings at a young age, children are being burdened with figuring out who they are according to what “box” they feel most comfortable with, according to Hasson.

Hasson further stressed the importance of being aware of the suffering surrounding gender ideology. 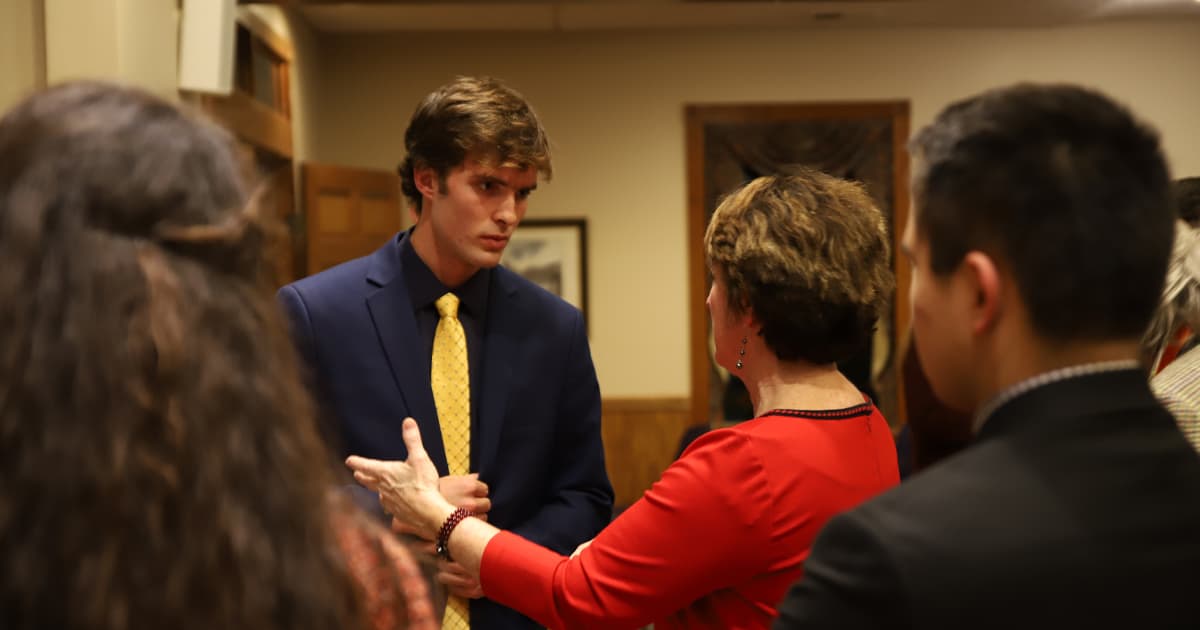 “Just remember that in dealing with this issue, there is a lot of pain around it,” said Hasson. “There’s pain for siblings, for parents, for the individuals who are struggling with identity, there’s pain even in those families that have chosen to support these transitions. But in fact, you get them alone, there’s a lot of pain.”

Hasson continued, pointing out the massive effect that gender ideology is having on college-age students in particular. 16% of this age group are identifying as the opposite gender — a huge leap, and further evidence that today’s culture sees the body as meaningless. As a result, the current generation is left confused and hurting.

To conclude, Hasson asked the question: what can students do to help? Hasson gave the students four ways they can help.

“Pray for those who are hurting…have the courage to speak up, to speak the truth, because where there is silence that silence is filled by others who are not speaking the truth,” concluded Hasson. “Refer to sex, not gender — they own that term [and] we cannot control its meaning, and right now the meaning in law and culture is self-defined identity. Respect and love everyone…We need to see the image of Christ in every person, to treat every person with dignity and respect, to let them know the truth that God loves them, that He has a plan for their life, and that it can get better than this. We have to be the voice that is saying that.”

Watch the video below to see Hasson’s talk in full.