Alumni Share Secrets to Fundraising Success at Life on Tap

Christendom alumni are involved in every field possible, with many choosing to work for non-profits after graduation. Working in a meaningful field – one that makes a difference in the lives of others – can be a very rewarding career.  At a recent Life on Tap, hosted by Director of Career and Professional Development Kristin Stephens, alumni Katie Brizek (’15) and Thomas Ward (’19) spoke to the students about their roles in helping their respective non-profits raise money and meet the needs of their donors.

Brizek, who began her fundraising career as a student caller in Christendom’s Advancement Office, most recently was the Manager of Special Projects and Advancement for the Thomistic Institute in Washington, D.C. In that role, she oversaw all fundraising activities and developed the existing fundraising strategy that assisted in expanding the annual revenue by over 500%.

Ward currently works to assist with the renewal of Catholic education as a Donor Relations Officer at Christendom, specifically serving the college’s benefactors in the Northeast region of the United States.

When he first came to Christendom, Ward was driven by the twin desire of wanting to change the world and make a good living. Initially, he thought that these desires would be fulfilled by being involved in politics but, after spending time as an intern on Capitol Hill, he realized that it was not his calling. After this, Ward began to ponder how he could work within the world, make a difference, and at the same time not be a part of the world. During his senior year, he was encouraged to apply for the fundraising position at Christendom and has loved it ever since, finding fulfillment in his work.

“Do you love to be your own boss? Want to love what you do and believe what you do? And meet new people? This all is encompassed in fundraising,” said Ward.

Brizek’s career in fundraising began with a phone-a-thon at Christendom during her junior year. Over time, she began to enjoy the job more and more, as it cultivated a deeper love of Christendom and appreciation for her education. After graduation she knew she wanted to be involved in some type of evangelization work and eventually found her way to the Thomistic Institute.

Day-to-day, Brizek took on many tasks, but most importantly major gifts – an enormous part of a successful fundraising career. She managed schedules for the gifts, wrote letters, worked out paperwork for grants, and more. All of these tasks involved a huge emphasis on writing – a skill that she developed exponentially at Christendom.

“Writing is huge in this line of work,” said Brizek. “Communication, both oral and written, are extremely vital. How much you raise is directly correlated to how well you write. With Christendom, you learn all kinds of writing styles through the core curriculum. This is extremely helpful to adjust to the different styles of development writing.”

Ward’s day to day has some similarities to Brizek’s, but is also different.

“A lot of the time I am on the road and meeting with donors in order to build relationships with them,” explained Ward. “The Christendom culture I experienced as a student helped me to be able to relate to different backgrounds and perspectives. There are some days I get into the car after meeting with a donor and I just think, ‘This is so awesome, I can’t believe I get paid for doing this.”

According to both Ward and Brizek, a Christendom education is particularly useful in finding success in fundraising, primarily because of the skills that come about through a liberal arts education.

“I work with people from prestigious schools, and I can say with confidence that [Christendom alumwni] have a better education,” said Brizek. “We have communication skills. I interact with people a lot that, quite frankly, are bad at their job. Just doing your job well and showing up on time and doing the things that you are supposed to do will help you stand out and having discipline makes a huge difference.”

While some people might see fundraising, with all of the phone calls, one-on-one meetings, travel, and writing involved with it, to be daunting, both Ward and Brizek encouraged Christendom students that they have all the skills they need to find success in the field as alumni.

“In fundraising you need to be passionate about what you are working toward,” concluded Brizek. “You need to change the mindset about fundraising – it is not asking for money, it is about inviting them to be excited for the mission that you think they will love too. You aren’t asking – you are offering them the opportunity to do something that matters. People were made with a desire to make a difference and you are merely helping them fulfill that desire.”

Watch the full Life on Tap talk below. 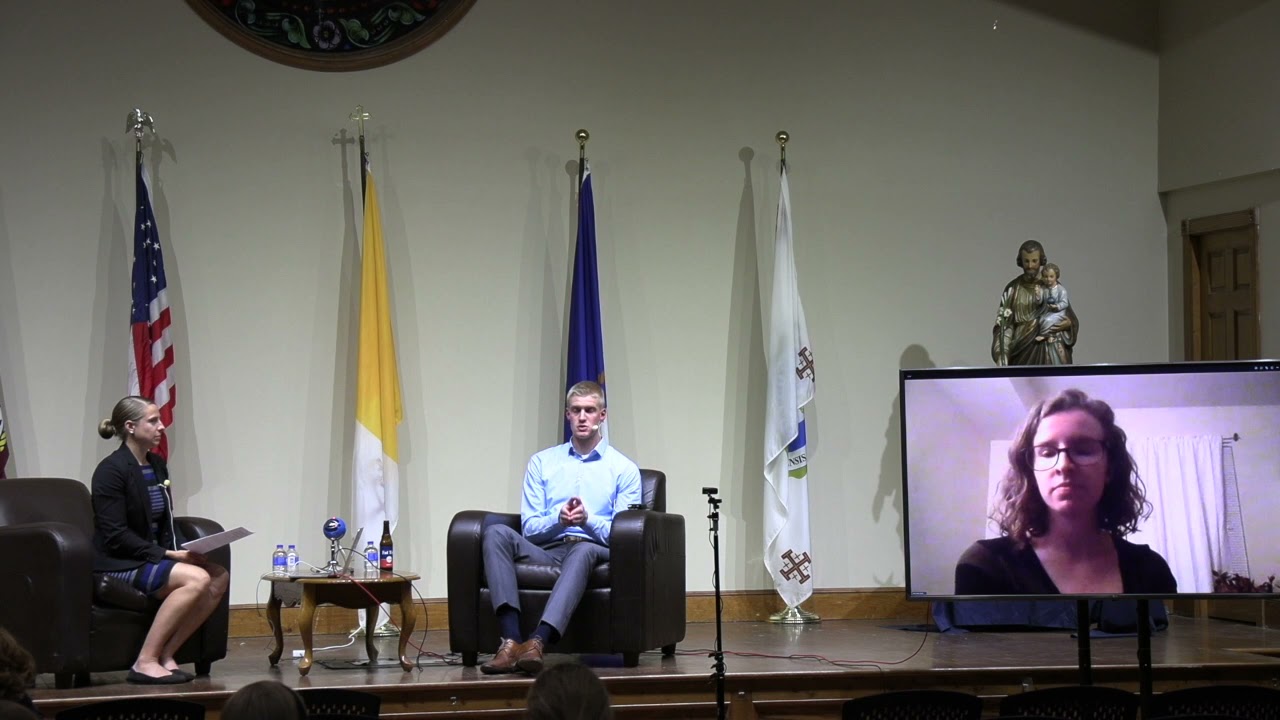