Archduke Eduard of Austria Encourages Students to “Give Testimony of Hope”

His Imperial and Royal Highness Eduard Habsburg delivered an address at Christendom College this past weekend, encouraging students to fully live out their Catholic Faith in the public square. Archduke Eduard shared examples from his own life on the importance of being a recognizable Catholic during his talk, telling students that they should “always be ready to give a testimony of hope.”

Archduke Eduard, who is Hungary’s Ambassador to the Holy See, began his talk by relating the history of his family, the Habsburgs, to students. From the 13th century to the 20th, nearly every major year of European history has something to do with the Habsburgs, according to Archduke Eduard. He first began learning about his family in school, in particular how Catholic they were — especially Blessed Karl of Austria.

“He embodied what it means to fully live out the Faith,” said Archduke Eduard. “As an emperor, as a husband, and as a father, he lived out his life as a faithful Catholic. It was an example in everything he did. It was known to all his soldier colleagues when he was heir to the throne and in the trenches during the first World War that he would always have a rosary in his pocket and that he would always have the image of the Sacred Heart on his nightstand. He was ready to speak about his faith. That is Blessed Karl for you.”

This history impacted Archduke Eduard’s life greatly and encouraged him to live his life in a similar way, both as an archduke and as an ambassador as well. Since 2015, he has served as Hungary’s Ambassador to the Holy See, a role he initially was not interested in but quickly grew to love. As ambassador, he travels to the Vatican frequently to build up networks of good will, discuss issues between countries, and more.

After his talk, the Archduke stayed to speak one-on-one with students.

In his role, Archduke Eduard is also able to frequent Mass — something else he implored students to continue both during college and after. Regardless of what role a person takes on, Archduke Eduard said students should be recognizable Christians in their jobs in the world.

“Whether you are working with the rugby team here, whether you have a family and decide to stay at home, whether you are an ambassador, you should be a recognizable Christian,” said Archduke Eduard. “By acting as a Christian, and by speaking about your faith, you may be the only opportunity for somebody in your surroundings to ever meet a Christian that believes in God. You should always be ready to give a testimony of hope.”

Archduke Eduard has also been married for 27 years to Baroness Maria Thesesia von Gudenus, a descendent of Archduke Johann of Austria, and has six children. He spoke directly on the importance of marriage for a large portion of his talk, telling students to “find a spouse that burns for the Lord and for whom faith is the most important thing in the world.”

Finally, couples must learn to pray together, according to Archduke Eduard. In his own life, it has made all the difference, and he has continued doing that with his children as well. In a society that is filled with divorce and children growing up fatherless, it is more necessary than ever for strong Catholic marriages, where parents lead by example in the faith.

Before leaving campus, Archduke Eduard also paid a visit to Christendom’s new Christ the King Chapel, leaving impressed at the work being done to glorify God on the college’s campus.

“Spend a lot of time on your knees,” concluded Archduke Eduard. “Man is never greater than when he’s on his knees. Give God a fixed time in your home in your day. Somewhere must be a place where you meet God and from there He will begin to work into your daily life.”

Before leaving campus, Archduke Eduard also paid a visit to Christendom’s new Christ the King Chapel, leaving impressed at the work being done to glorify God on the college’s campus.

Watch the video below to see Archduke Eduard’s talk in full. 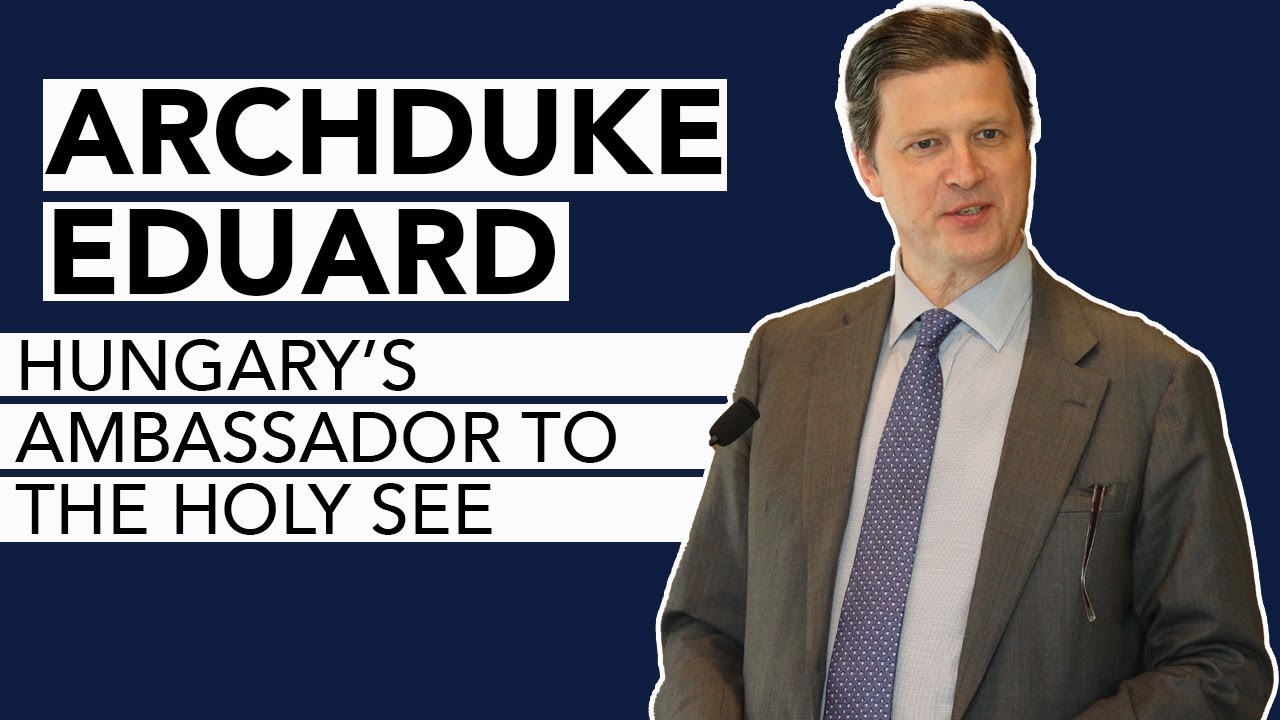