Fr. John (Thomas) Francis ’09 was ordained to the priesthood this past Saturday, May 21 — a momentous occasion for his family, for the Church, and for his alma mater, Christendom College. With his ordination, Christendom now has 101 alumni priests in its nearly 45-year history, with these courageous men impacting countless lives across the world for the better.

“One of the great joys that I cherish being here as president at Christendom for nearly 30 years now is the knowledge that, in a relatively short period of time since Christendom’s founding, we now have over 100 men ordained to the priesthood of Jesus Christ,” says College President Dr. Timothy O’Donnell. “That is something that is a cause of great joy that we need to celebrate. Let us pray together for our priests and offer our thanksgiving to almighty God for the incredible gift which is the Catholic priesthood.”

When Christendom was founded by Dr. Warren H. Carroll in 1977, its express purpose was to help form lay people so that they would have an impact in every aspect of society. Because of Christendom’s vibrant Catholic culture, the college has also produced numerous religious vocations as well, with these men and women going out into the world to do Christ’s work — including Fr. John Francis. 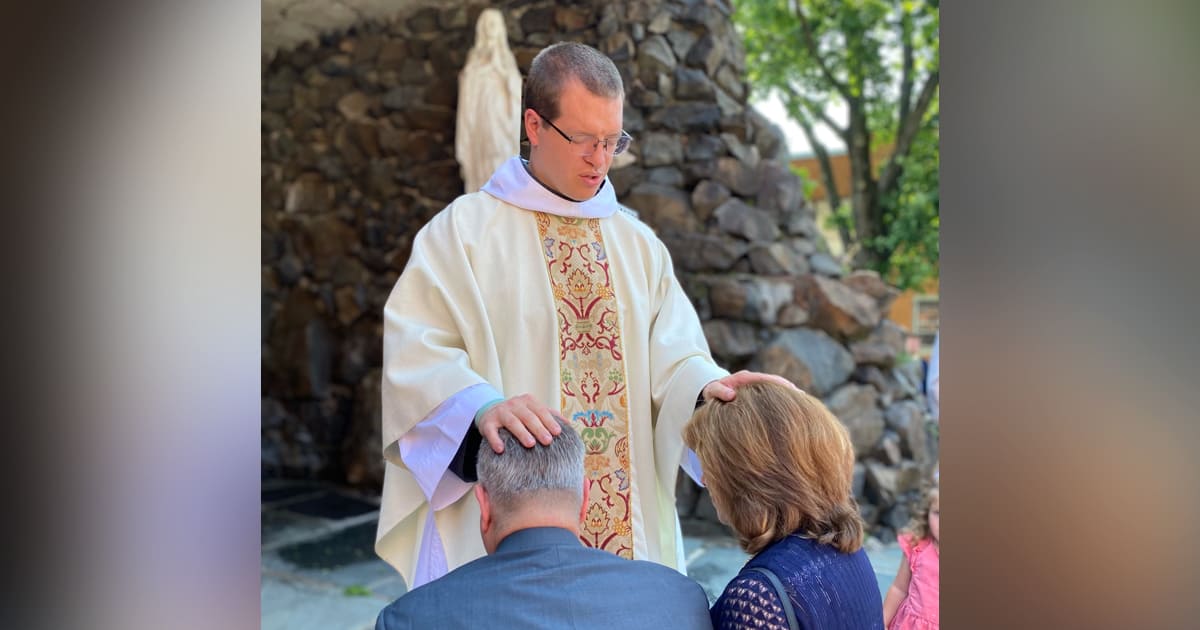 Fr. John Francis’ journey towards the priesthood has been a long one, beginning with discerning his vocation while studying at Christendom. After graduating, Fr. Francis entered as a novice with the Community of St. John, taking his first vows in Peoria, Illinois. Since his order’s motherhouse is in France, he was transferred there for continued formation and discernment. He was also assigned to one of their monasteries in London, England for a few years while overseas. Then before departing for his homeland for his next assignment, he took final vows with the order in Rimont, France in the summer of 2019.  Since then, he has been assigned to Orange, New Jersey, where he was ordained a deacon in 2021, and now a priest this year. He will continue his assignment in Orange, NJ for the foreseeable future.

Christendom was founded to help prepare students to bring Christ into people’s lives across the globe. Nearly 45 years later, these vocations are a testament to the strength of that mission and the power of listening to Christ’s call, with 101 men now serving as priests, along with 53 sisters, 3 transitional deacons, 1 permanent deacon, 2 consecrated virgins and 12 more men studying in seminary. In addition, there are also currently 533 alumni marriages, with even more on the way this year.