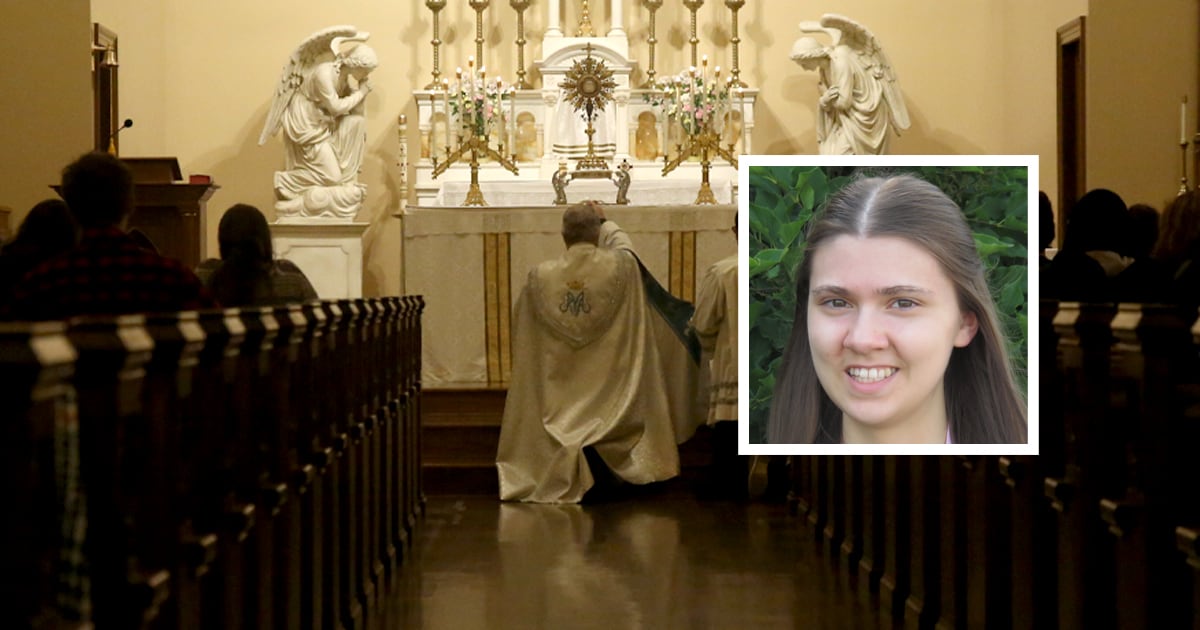 Incoming freshman Sarah Davis was recently named the winner of the Cardinal Newman Society’s Essay Scholarship Contest, earning the scholarship for her passionate essay on why an education centered on the Eucharist is important. Writing that she was drawn to Christendom because the college “keeps Our Eucharistic Lord at the center of campus life,” Davis is eager to study the Catholic liberal arts and grow in her relationship with Christ when she arrives on campus this fall.

Davis, who hails from Linesville, Pennsylvania, first began looking closely at Christendom during high school while researching colleges in the Newman Guide. After being homeschooled throughout high school and having the opportunity to attend daily Mass and frequent Adoration of the Blessed Sacrament, Davis desired to attend a college that kept the Eucharist at the center of daily life. 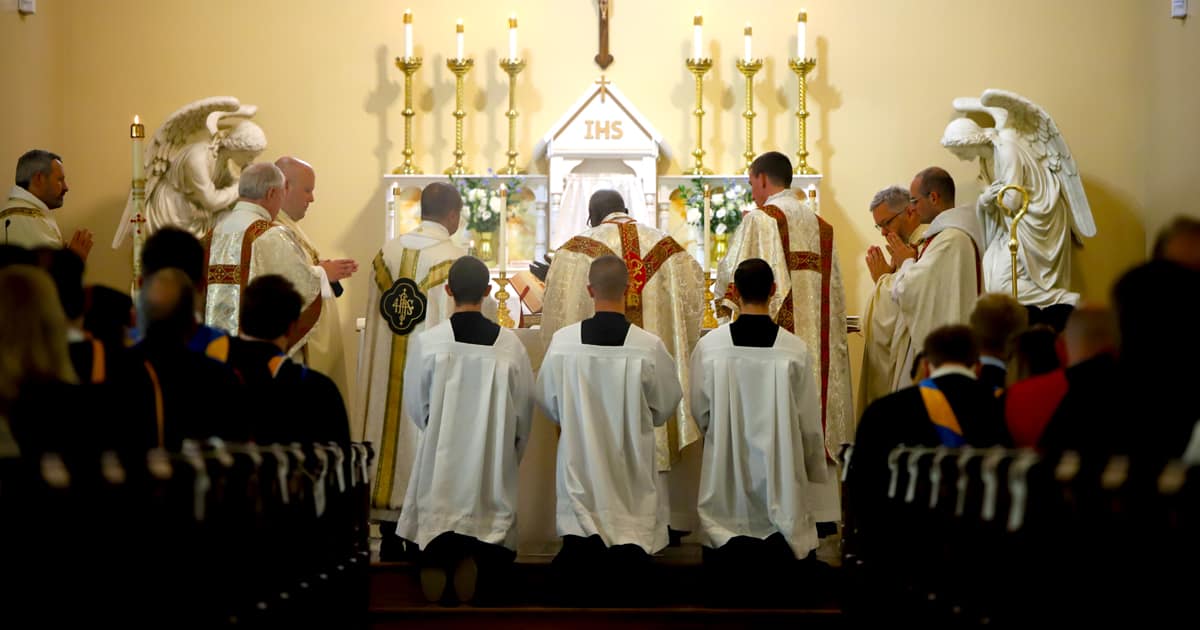 The Eucharist is at the center of life on Christendom’s campus. That centrality drew Sarah Davis to the college in the first place.

With so many in her generation losing their Catholic faith in college, Davis wanted to ensure the same would not happen to her. Quickly, Christendom caught her attention, particularly after she attended the Best Week Ever high school summer program.

“When I was considering different Newman Guide colleges, Christendom caught my attention because of its unique academic program, especially its integrated core curriculum which consists of deliberately structured classes in the liberal arts,” says Davis. “More importantly, however, I have chosen to attend Christendom because it is unabashedly Catholic – from the strong sacramental life on campus, to its virtuous student life policies, to the Catholic perspective from which all classes are taught.  Especially after experiencing Christendom’s unique community of faith and learning at the Best Week Ever summer program, I am now eager to become a part of this community during my college years.”

After being accepted to the college, Davis learned of the Cardinal Newman Society’s Essay Scholarship Contest and decided to compete in it. In her essay, Davis explained how attending a college strongly devoted to the Eucharist would impact her spiritual, intellectual, and social formation at college.  More specifically, she explained that her relationship with Jesus would grow and deepen at a college which provided ample opportunities for Mass and Adoration. 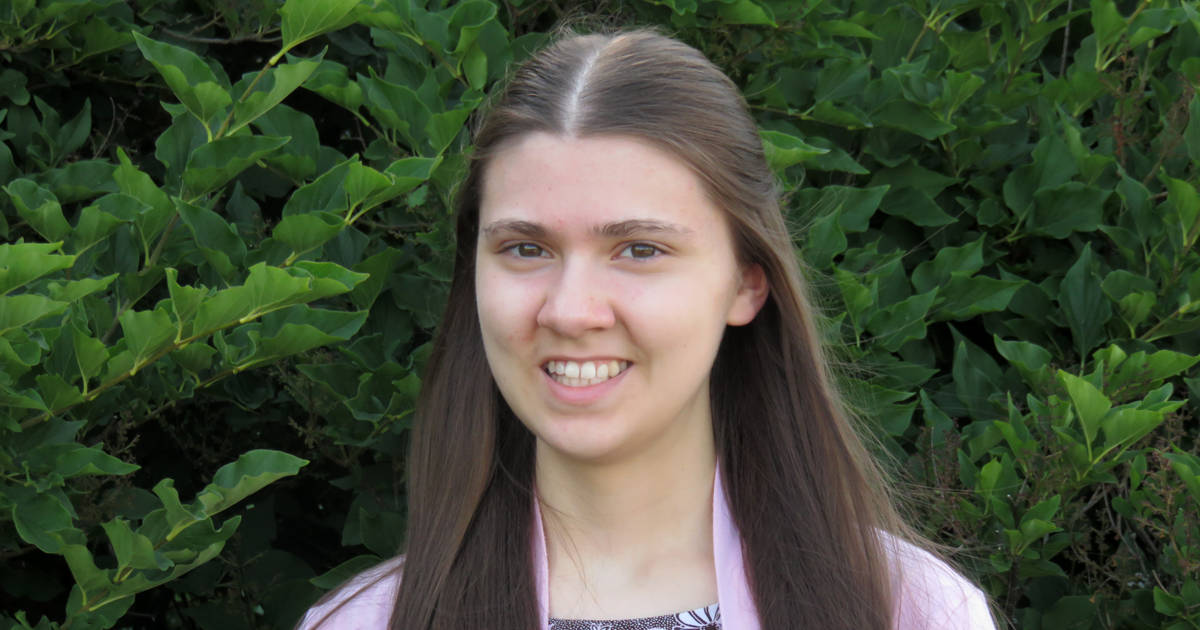 “Just as devotion to the Eucharist has been integral in my formation growing up, it is also a non-negotiable factor when considering college options,” wrote Davis in her essay. “A college which has a deep love for our Eucharistic Lord will enable me to continue placing God at the center of my life, grow in knowledge of the truth, and develop authentic relationships, ultimately leading me to a deeper relationship with Jesus Christ.”

Davis’ essay stood out from the many others received by the Newman Society, resulting in her winning a $5000 scholarship toward her education at Christendom this fall. Although the Cardinal Newman Society is only able to cover the first year, Christendom will generously renew the scholarship for the remaining three years.

When she arrives on campus, Davis will begin her liberal arts studies with the goal of eventually majoring in English language and literature and minoring in theology. In addition, she plans on taking full advantage of all of Christendom’s cultural offerings, including participating in the college’s choir, theatrical productions with the Christendom Players, and swing dance opportunities as well. 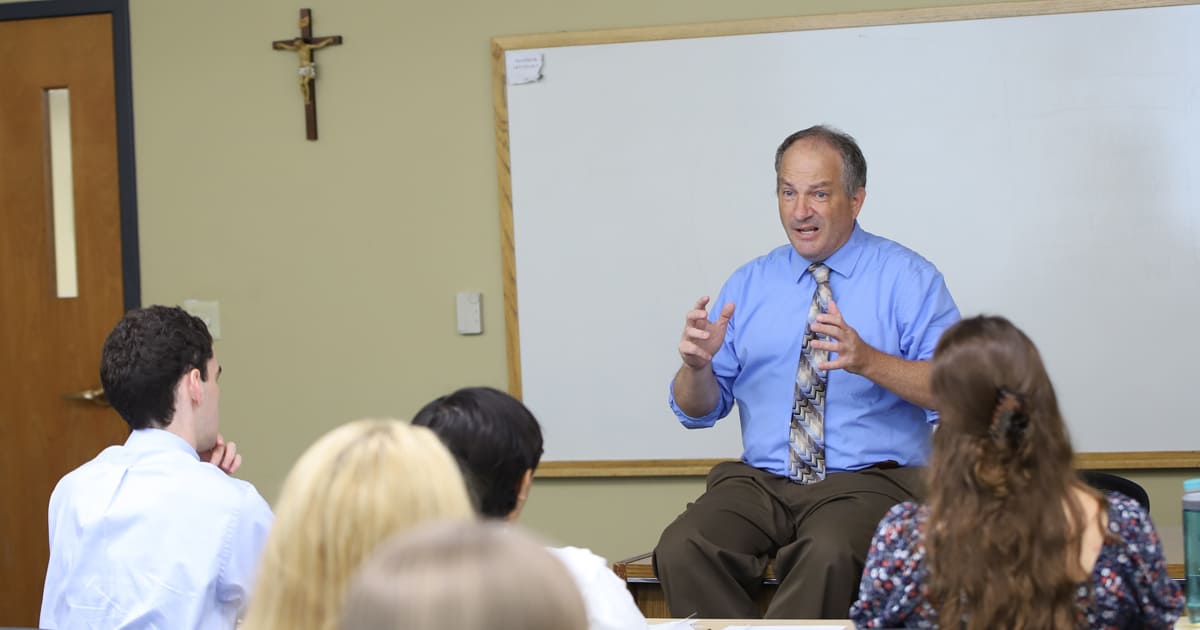 That centrality of Christ flows through every aspect of campus life, including the classroom.

Above all that, she plans on keeping Christ at the center of her life, something that will be easy to do on Christendom’s campus. In addition to daily Mass opportunities, which never interfere with class or other activities, she and her fellow students will have frequent opportunities for Adoration of the Blessed Sacrament and Confession. The college’s Laudamus Te First Friday Holy Hours are popular throughout the academic year, as well as Eucharistic processions on special feast days and solemnities.

All of this results in an education that is exactly what Davis was looking for all along — an education that is key to the success of a revival of devotion and belief in the Real Presence of Jesus Christ in the Eucharist, according to Cardinal Newman Society President Patrick Reilly. 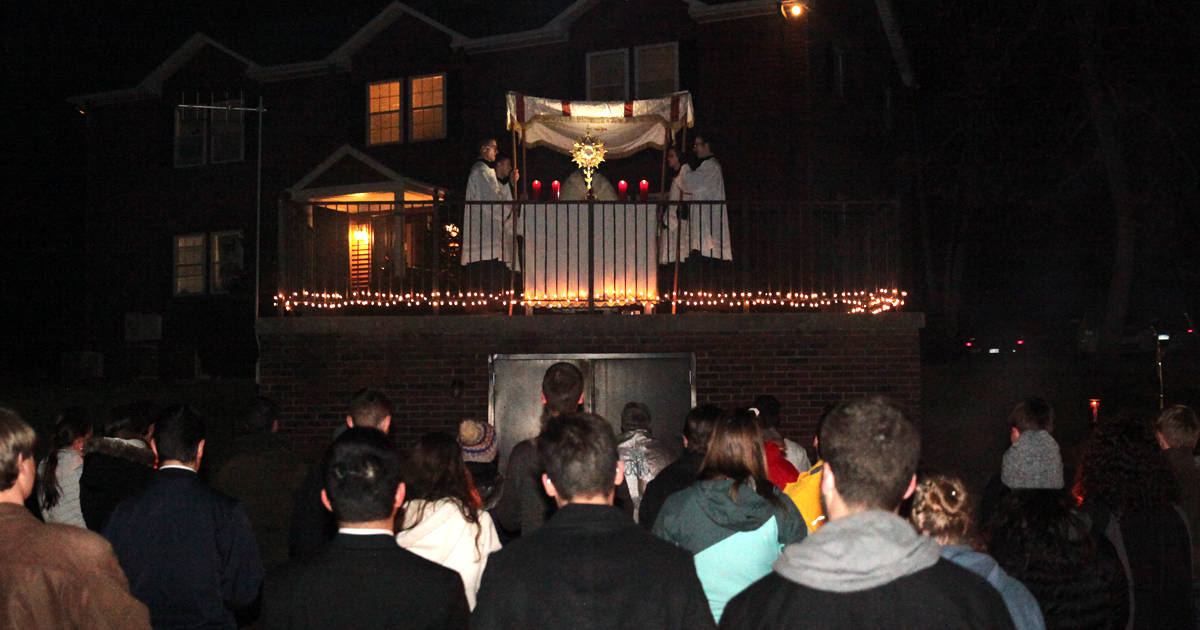 In addition to Daily Mass and frequent opportunities for Adoration, Christendom also has Eucharistic Processions on select feast days and solemnities, including this past December in honor of the Feast of the Immaculate Conception.

“Consider Christendom College, where the truth that the Eucharist is the ‘source and summit of Christian life’ is taught and lived,” wrote Reilly concerning Davis’ scholarship-winning essay. “While many Catholic colleges spend time and resources on extravagant athletic or arts facilities, yet they neglect the formation and souls of their students, Christendom graduates smart, virtuous, and capable Christians and focused its latest capital campaign on building a magnificent new Christ the King Chapel to glorify God….That’s Eucharistic education. It places Christ at the center, with the Mass at the center of campus life, and students are taught to live as bearers of Christ within them.”