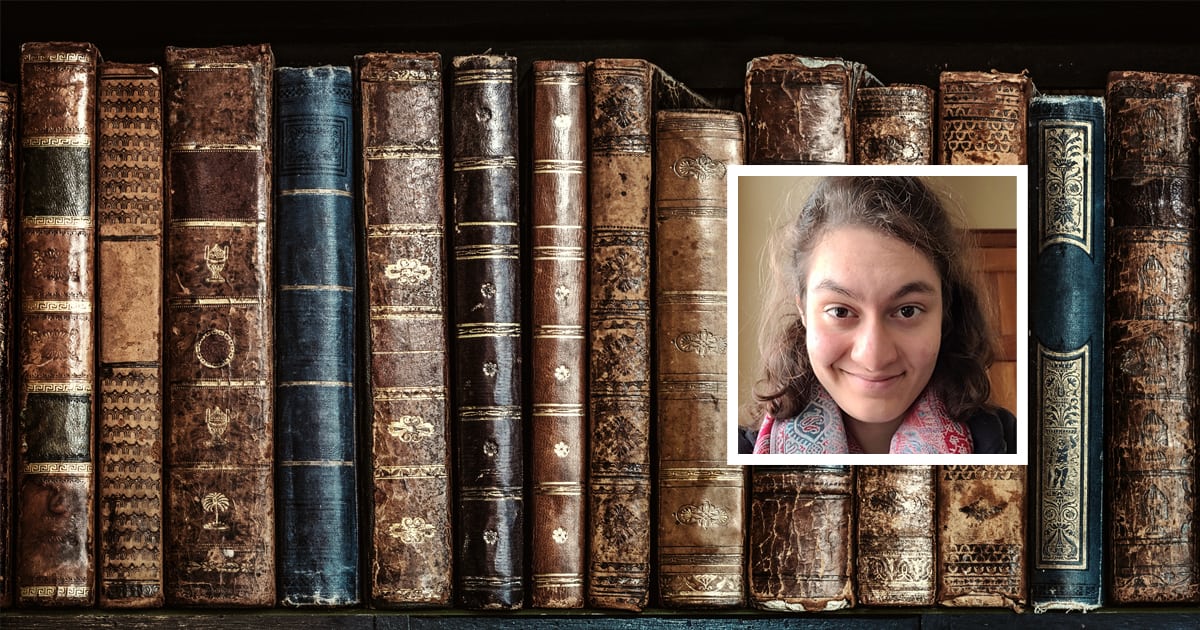 Rising junior Madeline Davis has been selected to present a paper at the annual meeting of the Society for Classical Studies — the fourth consecutive year a Christendom student has been chosen for the conference.

Davis will present a paper at the conference in early 2023, focusing on Vergil’s portrayal in the Georgics of the farmer’s cultivation of justice through virtuous toil. Her inspiration for the presentation began in Dr. Andrew Beer’s class on the Georgics in the fall of 2021, which included an examination of various aspects of Latin literature in general and the Georgics in particular.

“This sparked many engaging discussions,” recalls Davis. “I was particularly intrigued by the poet’s wrestling with the question of justice even in the midst of seeking to artfully depict the beauties of his homeland, and the people who served as its backbone: the farmers. The probing into the significance of Vergil’s word choices and imagery that we did in class served as a helpful model for my own study of the passage that particularly interested me. With these discussions and continued study of the nuances of Latin literature, I have good hopes to be well-prepared to present at and benefit from the Society for Classical Studies conference in 2023.”

This is the fourth consecutive year that a Christendom student has been selected to present at the conference, following Phoebe Wing ’20 being chosen for the conference in 2020 and Mary Clare Young ’22 being chosen in 2021 and 2022.

This past year, Davis also joined the college’s local chapter of Eta Sigma Phi — the national classics honorary society. Christendom’s chapter exists to bolster the robust classics curriculum at the college, providing students with further opportunities to study the ancient classics, enhance the appreciation of Greek and Roman culture, and form friendships with other classical students.

As she looks ahead to post-graduation, Davis is hoping to become a teacher, beginning with high school Latin or Greek, before going to graduate school for further studies and to pursue teaching at the university level.