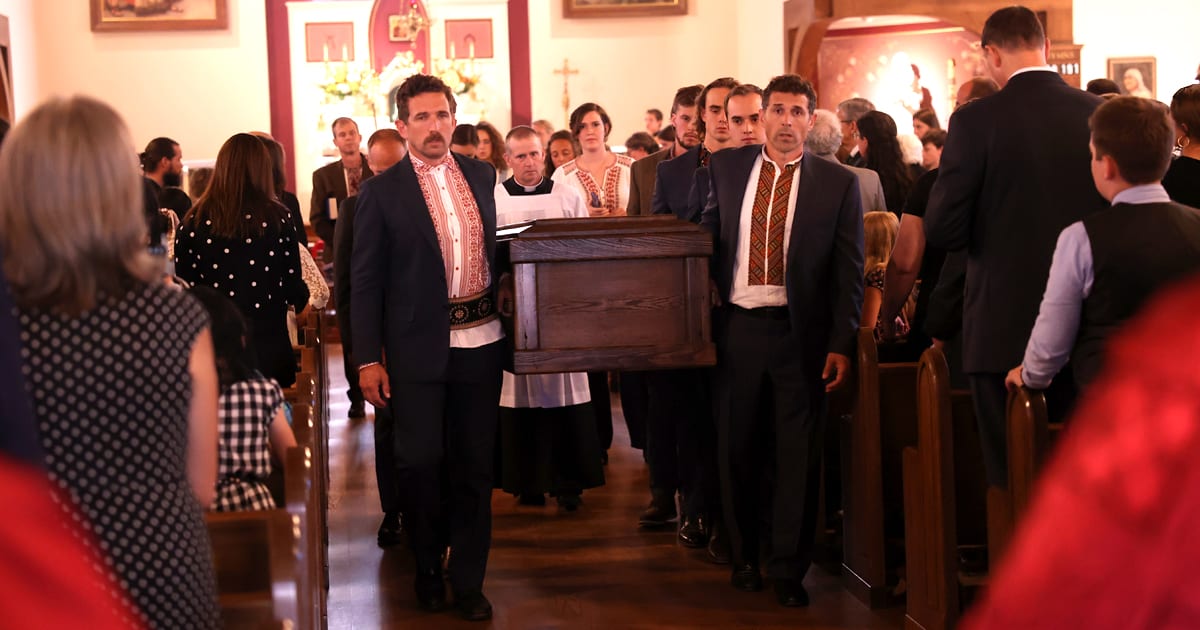 Over a thousand family and friends, along with alumni, faculty, and staff of Christendom College, gathered to attend the funeral of former College President Dr. Damian Fedoryka on August 3. Fedoryka, who served as Christendom’s second president, passed away on July 26.

Loved ones traveled from across the United States to attend Fedoryka’s funeral. Fedoryka, who was born in Ukraine, attended Sts. Joachim and Anna Ukrainian Catholic Church in Front Royal, Virginia, with their pastor, Fr. Robert Hitchens, celebrating the Ukrainian Rite Divine Liturgy for the funeral.

“Truly, it can be said without a doubt that Damian fulfilled the answer and then some to that simple question: why did God make us?” said Fr. Hitchens. “God made Damian to know Him, love Him and serve Him. He tried to do this always as best as he was able. Damian Fedoryka, your earthly journey is over and your mission is accomplished.”

During his homily, Fr. Hitchens spoke at length about Fedoryka’s life, praising him for his constant devotion to Christ’s mission and for his impact on thousands of lives across the globe. 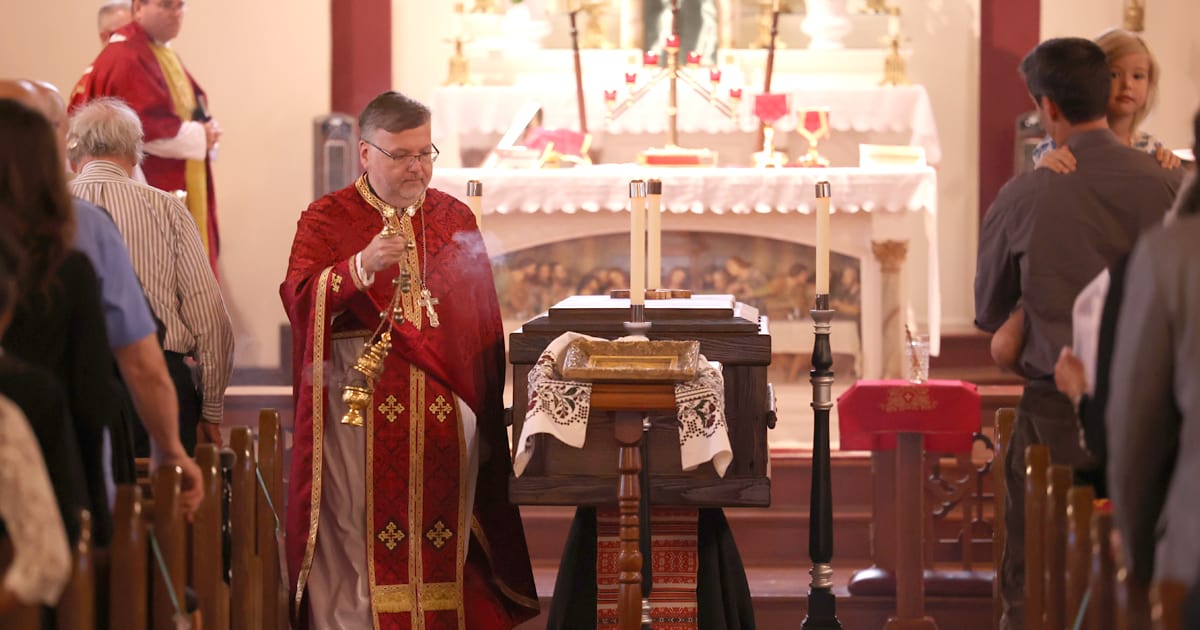 “Damian would still say he needs our prayers, and that he wants all of us to keep our eyes focused on Jesus by cherishing and taking care of Christ’s church and His people,” said Fr. Hitchens. “In many ways that we might never know, Damian impacted perhaps thousands of lives. He would be the first to acknowledge he was not perfect, and so he relied on the grace of Jesus — and so too should all of us. We will pray for you, Damian, and remember you. We ask you to remember us and to pray for us. Pray for your beloved homeland of Ukraine. Pray for the United States. And pray for the holy Catholic Church, that it continue to bring the Gospel to all the world. May his memory be eternal.”

After the Liturgy, Fr. Hitchens read a letter from the Most Rev. Borys Gudziak, Archbishop-Metropolitan for the Ukrainian Catholic Archeparchy of Philadelphia, to the family and friends of Fedoryka, offering his condolences. His words stressed the legacy and importance of Fedoryka and how, through his passion for philosophy and the Catholic Faith, he was able to change so many lives for the better.

“During his fruitful and hard-working life, Fedoryka left behind an immense legacy,” wrote the Archbishop-Metropolitan. “30 years ago, his lectures on philosophy and profound discussions ignited in many a love for philosophical research and analysis. Later, these people became engaged in philosophy in post-Soviet Ukraine. He harmoniously combined philosophical ideas with a simple and sincere faith. He lived with God, felt God’s presence, and it was his faith that laid the foundation for his optimism and hope. His students testify that he had considerable talents and knew how to radically change the trajectory of a young person’s life. Every conversation with him would eventually turn to a philosophical or religious object. No one else resembled Socrates so much. Philosophy was a way of life for him.” 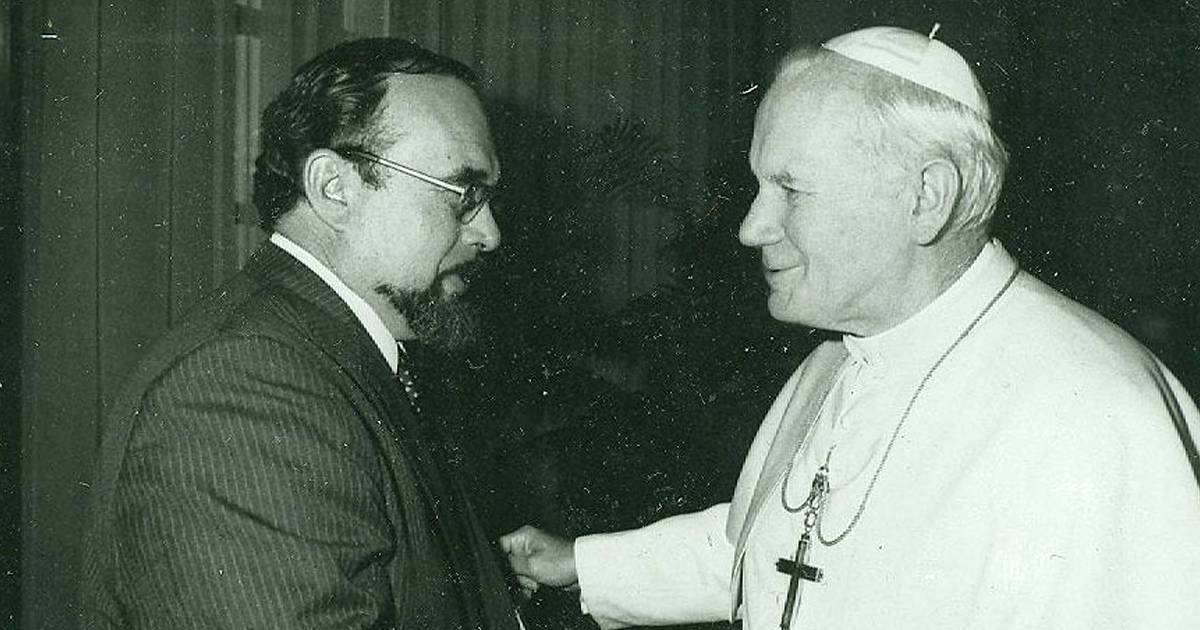 Dr. Damian Fedoryka was the second president of Christendom College, serving the school from 1985 to 1992. During his seven years as president, Fedoryka achieved a number of great accomplishments, including retiring nearly $600,000 in debt, constructing two new residence halls, and publicizing the college in the highest circles in the Vatican through several trips to Rome and personal audiences with Pope Saint John Paul II. He also guided the college to full accreditation by SACS on December 10, 1987.

He and his wife, Irene, who passed away on December 24, 2010, had ten children, many of whom attended the college and even went on to teach at the college as well, including his daughter, Larissa, and his son, Damian. His son-in-law, Dr. John Cuddeback, has also taught at the college for years.

Fedoryka’s main area of academic expertise was the philosophy of the person, ethics, and the thought of Dietrich von Hildebrand and Pope Saint John Paul II. He taught and lectured frequently on these subjects in America, in Austria, and in his native land of Ukraine, changing the course of so many lives for the better through his teachings and example.

May his soul, and all the souls of the faithful departed, through the mercy of God, rest in peace. Amen.