Alumni Jeff Sciscilo ’04 and Jennifer Hutchins ’04 spoke at a Life on Tap alumni networking event, sponsored by the college’s Career & Professional Development Office, on October 12. Speaking to the student body, the two graduates delivered insightful advice about getting their feet in the door of the financial world and discussing some of the best aspects of working in this field.

The alumni began the evening by sharing their paths into the finance field. Sciscilo, who is a certified financial planner and a CFA Charterholder, originally wanted to be a lawyer after majoring in political science and economics at Christendom. As he was preparing to go to law school, he was offered a job at an investment firm, due to several Christendom-related connections.

“Initially, the position started out as a placeholder job, but what ended up happening was it became something that I was curious about and then something that I became passionate about,” said Sciscilo, who now owns his own firm – 4J Wealth Management – and is a certified financial planner.

Hutchins, who is the manager of the portfolio management group at Avantax Wealth Management, also shared her story of breaking into the finance world.  While a student at Christendom, Hutchins was uncertain what she wanted to do after graduation. Looking back now, her choice to major in political science and economics ended up aiding her in finance.

“I know now that I did go the right route with political science and economics because there’s a whole lot of economics research that I do currently in my job and it gave me a great foundation,” said Hutchins. 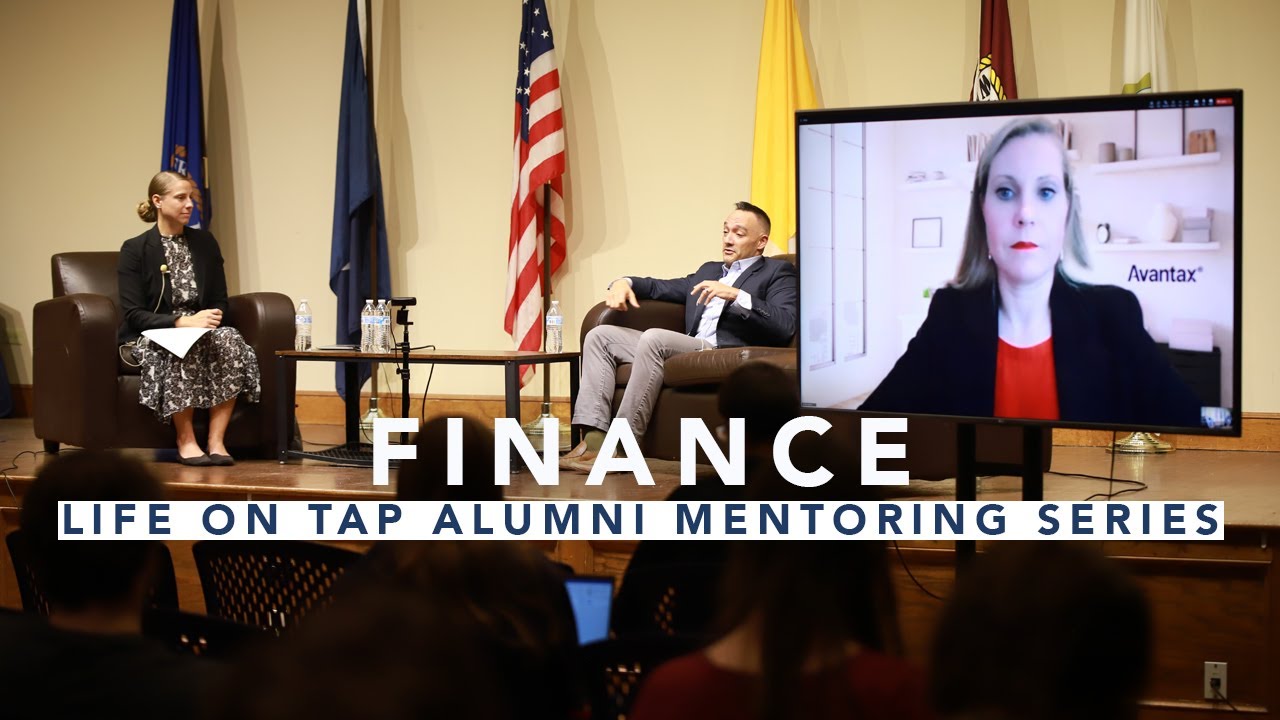 “I would never trade the experience that I gained being a financial advisor for two and a half years because it was super tough and I learned to think on my toes, which is also what Christendom taught me: think on my toes, stay calm, and how to handle myself in difficult situations,” said Hutchins.

Hutchins and Sciscilo shared how their Christendom liberal arts education helped prepare them for their careers, with Sciscilo acknowledging how finance required learning a new mindset and being adaptive in a fast-paced environment — a skillset gained through studying the liberal arts.

“Finance is really just learning a second language in a lot of ways and it can get very intimidating and overwhelming,” he said. “My job involves problem-solving and processing rapidly changing information, for which Christendom helped prepare me. Christendom provides you with this opportunity by teaching you how to do a first principles way of thinking about problems, and then be able to solve and find a solution.”

The political science and mathematics courses at the college also provided a foundation for Hutchins’ later trainings.

“I took most of the math courses that I could take there, and I really enjoyed the macro and microeconomics courses,” said Hutchins. “That certainly was a good foundation to be expanded upon later in my studies.”

The evening concluded with Hutchins and Sciscilo sharing with students a success they are proud of in their career. For Sciscilo, a major achievement is starting his own firm.

“When I look back at my time at Christendom, I think to myself: how did I ever get into this position?” he asked. “I never considered myself necessarily entrepreneurial, but here I am, thanks in part to coming here. I love what I do and I would never change it for the world.”

For Hutchins, her favorite success has been seeing where she started to where she is now.

“I would say what I’m most proud of, and I would take it as a lesson to any of you at Christendom, is that I started off homeschooled, I went to Christendom, and now I run a team of 5 different analysts and manage $12 billion in assets,” concluded Hutchins. “Don’t sell yourself short.”

This story was contributed by Elizabeth Ostrowski (’23).