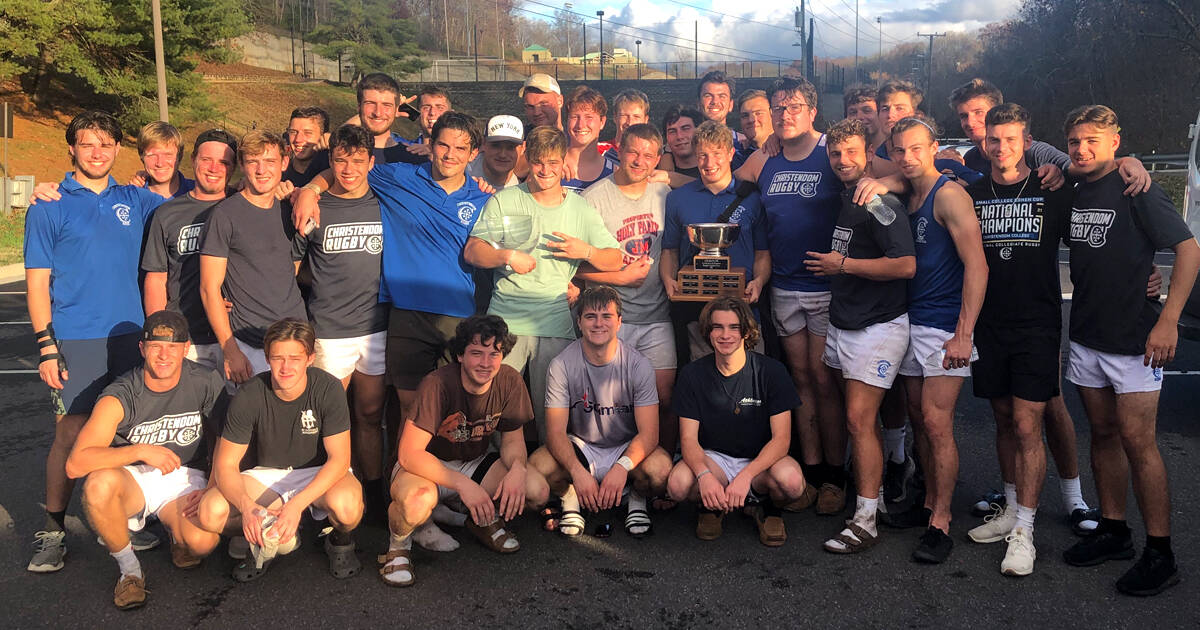 Christendom’s men’s rugby team won the Cardinals Conference Championship this past weekend, defeating the Virginia Military Institute and DII University of Virginia for the title.

The men’s rugby team entered the conference championship following an undefeated regular season, capped off by a stunning comeback win against VMI just the weekend before. Taking on the team once again, Christendom quickly jumped to a 28-0 lead in the first half, led by tries from Matthew Westin, Joseph Kokes, John Kennedy and Will Kolesar. VMI crawled back onto the board near the end, bringing the score to 33-14 to close the first 40 minutes.

In the second half, Jude Burkett and John Kennedy scored two more tries for Christendom, pushing them to a 43-21 lead, before VMI went on the attack. They brought the score to a tight 43-40 with minutes remaining, pushing Christendom’s defense to the limit — but they did not break. The team won the game, sending them to the Conference Championship Final against the University of Virginia the next day.

This was the second time Christendom faced DII UVA this season, following a 29-24 defeat of the team back in September. UVA started strong in the first half, trading tries with Christendom before taking an 18-14 lead. Kennedy and Kokes again led the way for Christendom, however, giving them a 26-19 lead to close the first half. Thomas Santschi punched a try through to start the second, followed by another try from UVA — which would prove to be their last. David Foeckler, Nate Eschbach, and Andrew Krolick all scored soon after, pushing Christendom to a 61-25 victory and the Cardinals Conference Title.

Christendom now stands at 7-0 on the season between regular season and postseason play. They will look to continue their defense of the National Collegiate Rugby Cohen Cup this coming weekend in a play-in game in North Carolina, which will determine if they compete in the regional playoffs in two weeks.