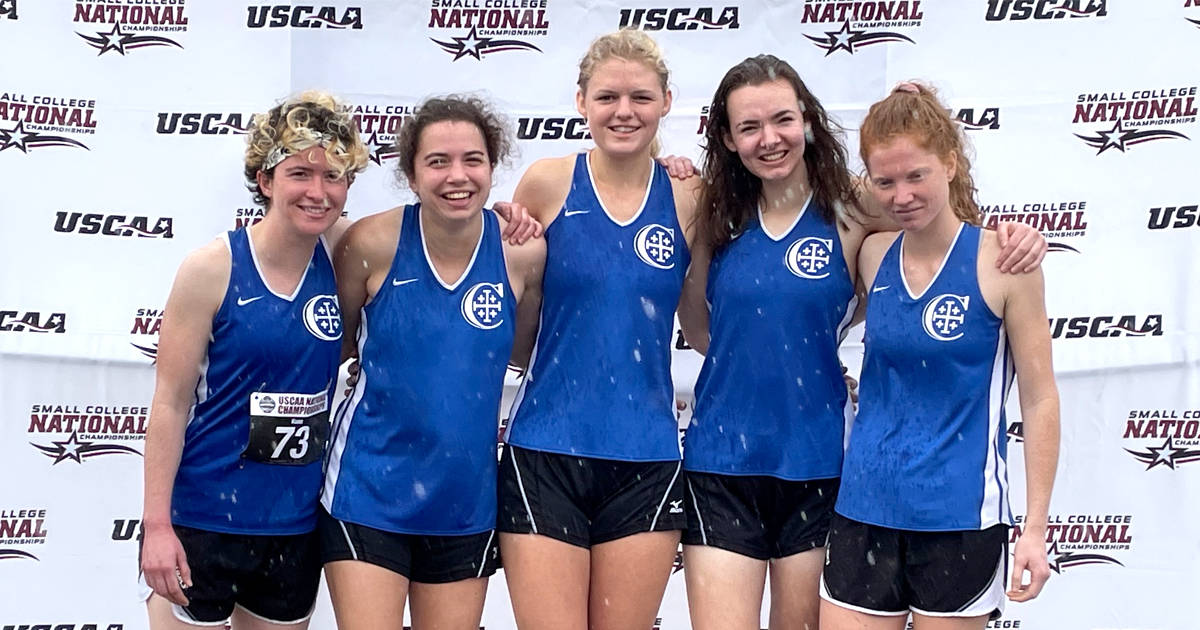 The men’s and women’s cross-country teams competed well this season, including multiple second and third places finishes. Joe Ellefson and Margaret Kolesar led the way for both teams, with Ellefson finishing fourth and sixth at the Golden Acorn and Bridgewater Invitationals and Kolesar finishing fourth and eleventh at the Golden Acorn and Hornet Harrier Invitationals.

The men’s cross-country team also qualified and placed well at the Nationals, with all three runners placing within the top 31 out of 86 total runners.

Their performance earned them a trip to the USCAA Nationals in Norfolk, where they arrived to rainy weather as a tropical depression moved up the East Coast. Undeterred, Margaret Kolesar, Susanna O’Herron, Elizabeth Kuss, Faustina Whittaker, and Mary Noble all took off in the Women’s 6K National Race on Friday morning, with Kolesar leading the way and placing ninth overall with a 25:57. O’Herron followed close behind in twelfth, while Whittaker took twentieth, Noble took twenty-fourth, and Kuss took twenty-seventh overall out of 62 total runners.

Christendom placed second overall as a team, only behind SUNY ESF, with an average time of 27:17. 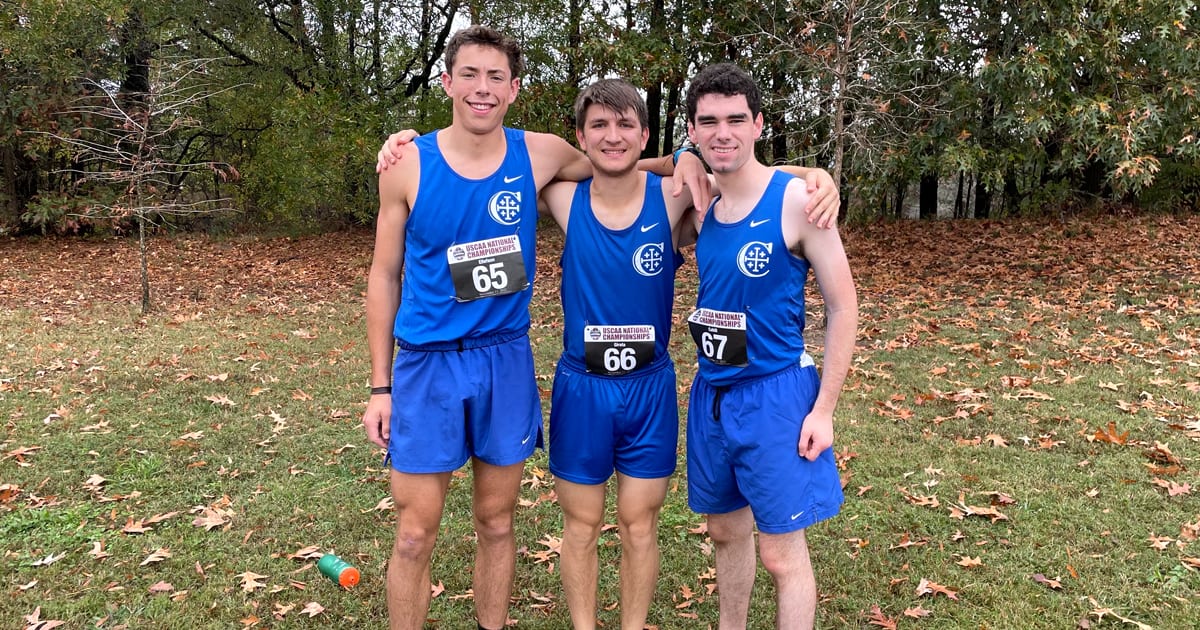 Later, in the Men’s 8K National, the three men’s runners also placed well, with Alexander Girata placing highest for the team in twelfth place, finishing with a 29:30 overall time. Joe Ellefson placed in twentieth, while Thomas Cahill placed thirty-first out of 86 total runners.

Find out more information at christendomathletics.com.