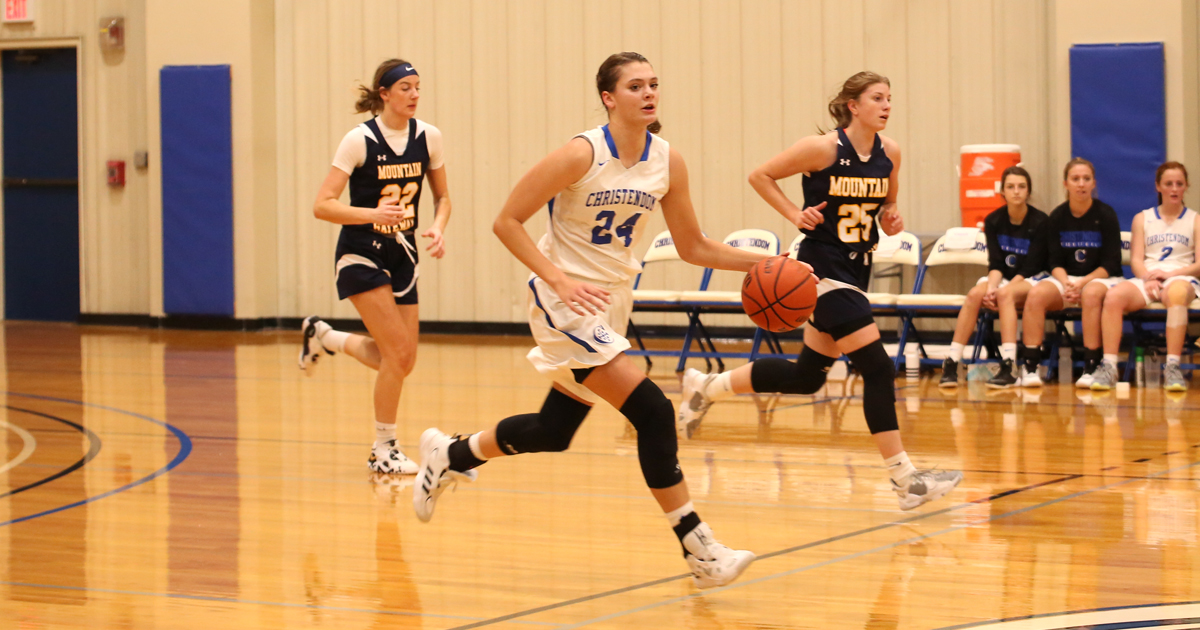 Christendom Basketball phenom Catherine Thomas put up another huge game for the women’s basketball team on Wednesday night, dropping 39 points in an 84-24 win over Mountain Gateway CC. St. Louis the Crusader Gymnasium was packed for the annual Jingle Jam double-header, with the men’s basketball team following up the women’s game with a tough loss to Frederick CC. 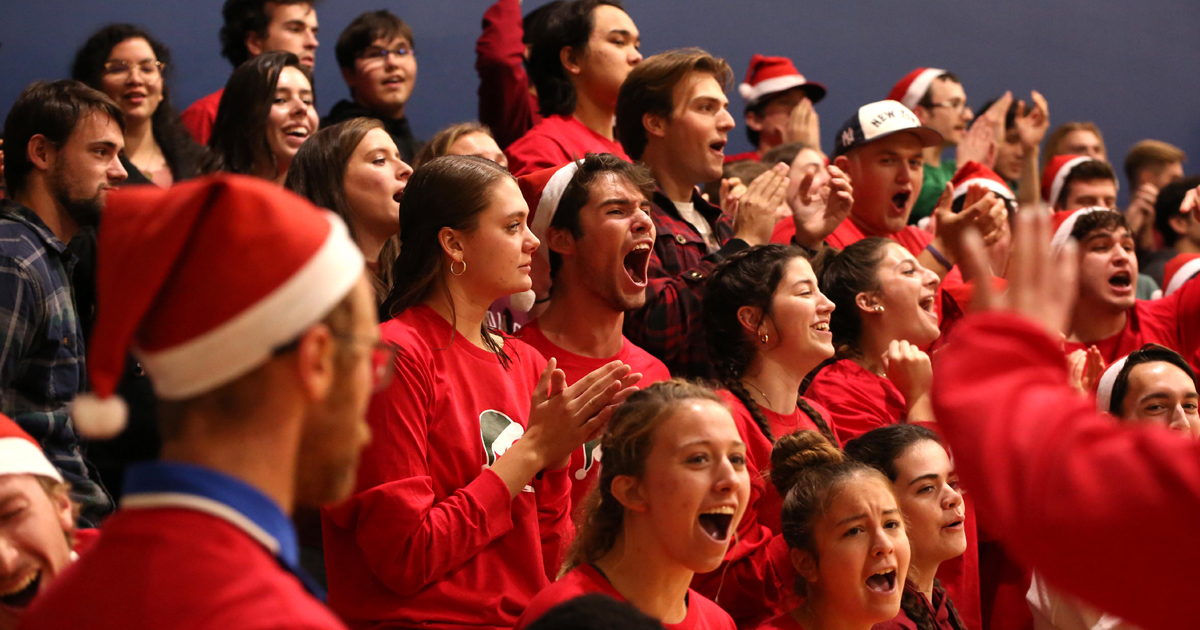 St. Louis the Crusader Gymnasium was packed for the annual Jingle Jam game, with the Christendom faithful festively dressed for the double-header.

Thomas, fresh off being named the USCAA’s Player of the Week, is off to one of the best starts in team history, putting up 91 points over the course of three games in the past week. Wednesday night, in front of a packed, festively dressed Christendom home crowd, was her best performance yet, helping fuel the team to a 43-9 lead after just the first half. The second was largely the same, with Christendom putting up another 41 points to Mountain Gateway’s 15, resulting in a lopsided 84-24 victory for Christendom. 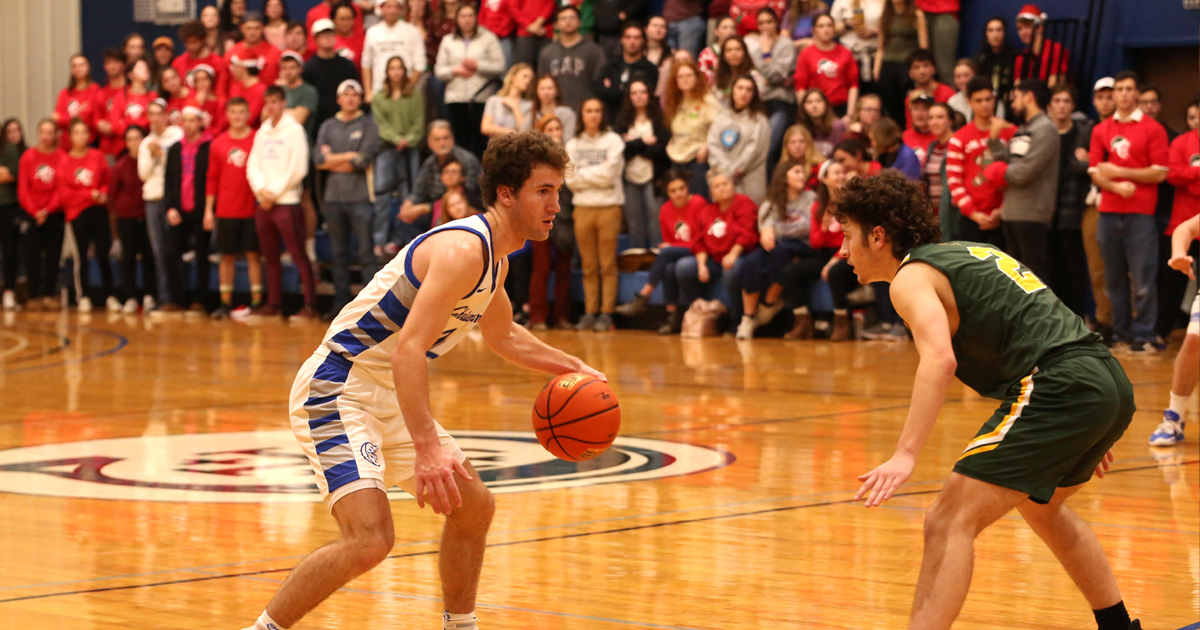 Following on the women’s game, the men’s basketball team hit the floor riding a three-game losing streak, looking to snap it against Frederick CC. The first half, however, proved to be disastrous for the team, with Frederick holding them to just nine points against their 34. The second half was a different story, with Christendom coming back with a vengeance. They managed a comeback, even scoring more points in the second half, but it was not enough to overcome their deficit. Christendom ultimately fell 65-45, dropping to 2-4 on the season.