Latin Immersion Program to be Held at Christendom College this Summer 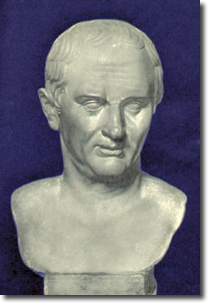 Have you ever wished that you could speak Latin? understand spoken Latin? read Latin at the same speed you read English?

It used to be (before the advent of the twentieth century) that all students going to college had to be able to understand spoken Latin, speak it well, and write it well, for all teaching and learning was conducted in Latin. For this reason, Latin was taught for more than a thousand years so that non-native speakers of Latin could attain native or near-native fluency. Obviously, anyone attaining such “active” mastery of Latin would be able to read and understand Latin authors much better than those who today have only a passive understanding of Latin.

Beginning in the summer of 2008, Christendom College will offer a one-week, intensive, active-Latin immersion course for high school aged students designed to introduce aspiring Latinists to the beauty and power of the ancient language of the Church.

All classes will be conducted wholly in Latin, and students should expect to make substantial progress in active Latin, even in one week. Cost of the program, including room and board, is $600.00. Dr. Mark Clark, Christendom’s Associate Professor of Classical and Early Christian Studies, and Dr. David Morgan of Furman University, whose Morgan Lexicon is well known to all those wishing to achieve fluency in Latin, will be the magistri.

Because no more than fifteen students can be accepted, those wishing to attend should register early by contacting Christendom’s Admissions Office at 800.877.5456 or admissions@christendom.edu or by completing the Application Form found HERE.

Prior knowledge of Latin is preferred, although not required.