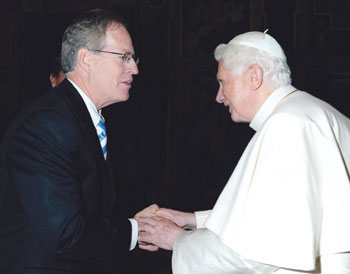 The entire College community, along with the rest of the Catholic world, was stunned by the announcement made today by the Holy Father that he would be stepping down as the Roman Pontiff on February 28, 2013.

Pope Benedict said that he no longer had the mental and physical strength to cope with the demands of the position of Pope.

In a statement, the Pope said in order to govern “…both strength of mind and body are necessary, strength which in the last few months, has deteriorated in me to the extent that I have had to recognize my incapacity to adequately fulfill the ministry entrusted to me.

“For this reason, and well aware of the seriousness of this act, with full freedom I declare that I renounce the ministry of Bishop of Rome, Successor of Saint Peter.”

Christendom College has had a very good relationship with the current Holy Father, even prior to his election as Supreme Pontiff of the Roman Catholic Church. In 2002, Pope Benedict, then-Cardinal Josef Ratzinger, served as the Chairman of Christendom College’s 25th Anniversary Honorary Dinner Committee, showing his support for the great education that Christendom College provides its students.

“I am well aware of the distinguished record of Christendom College and of the outstanding contribution which it has made to Catholic life in the United States. For this reason, I am particularly honored to associate myself with such a fine Catholic institution of higher learning and my prayers are that Christendom College will enjoy many more years of service in the education and formation of young people,” he wrote in a letter to College President Dr. Timothy O’Donnell.

President O’Donnell has had many opportunities over the years to meet with the Holy Father, and to serve on a number of committees with him, including the Pontifical Council for the Family.

“Pope Benedict XVI has been an outstanding pontiff who has led the Church with great courage and prudence,” College President Dr. Timothy O’Donnell said. “Although I am saddened that he feels he can no longer lead the Church as a supreme pontiff, he knows—better than anyone else in the world—the burdens of this office.  At this time, it is important for all of us as Catholics to rally around the Vicar of Christ and support him in this momentous decision. God, who has bestowed numerous blessings upon him throughout his life, certainly will continue to strengthen and inspire him as the Church continues to move forward in this Year of Faith with a renewed spirit of joy and confidence. Let us all together pray for the welfare of our Holy Father and for the Cardinals who will soon be gathering during the Lenten season to elect a successor.”

In 2002, Christendom began its Semester in Rome program, where, each semester, approximately 40 juniors travel to Rome, and live just outside the walls of the Vatican. While there, the students attend Papal audiences, at which, oftentimes, Pope Benedict has shown them special attention.

Other times, students have reported that when they have been at various Papal liturgies and indicated that they were from Christendom College, the Holy Father would walk over to them and shake their hands, before going back into his processional line.

In 2005, when the Holy Father was elected, Christendom students were present in St. Peter’s Square, and upon hearing of the election of Cardinal Ratzinger, and his choosing the name Benedict, the students began to chant the name and clap, in a soccer-fan manner, “Benedetto…Benedetto,” which, to this day, is still a custom in which the papal audience participates.

In 2008, prior to the Pope’s historic visit to the United States, US News & World Report wrote, “Christendom College embodies Pope Benedict’s vision for education.”

A recent guest at the College, Cardinal Arinze reacts to the Pope’s resignation in the video below: 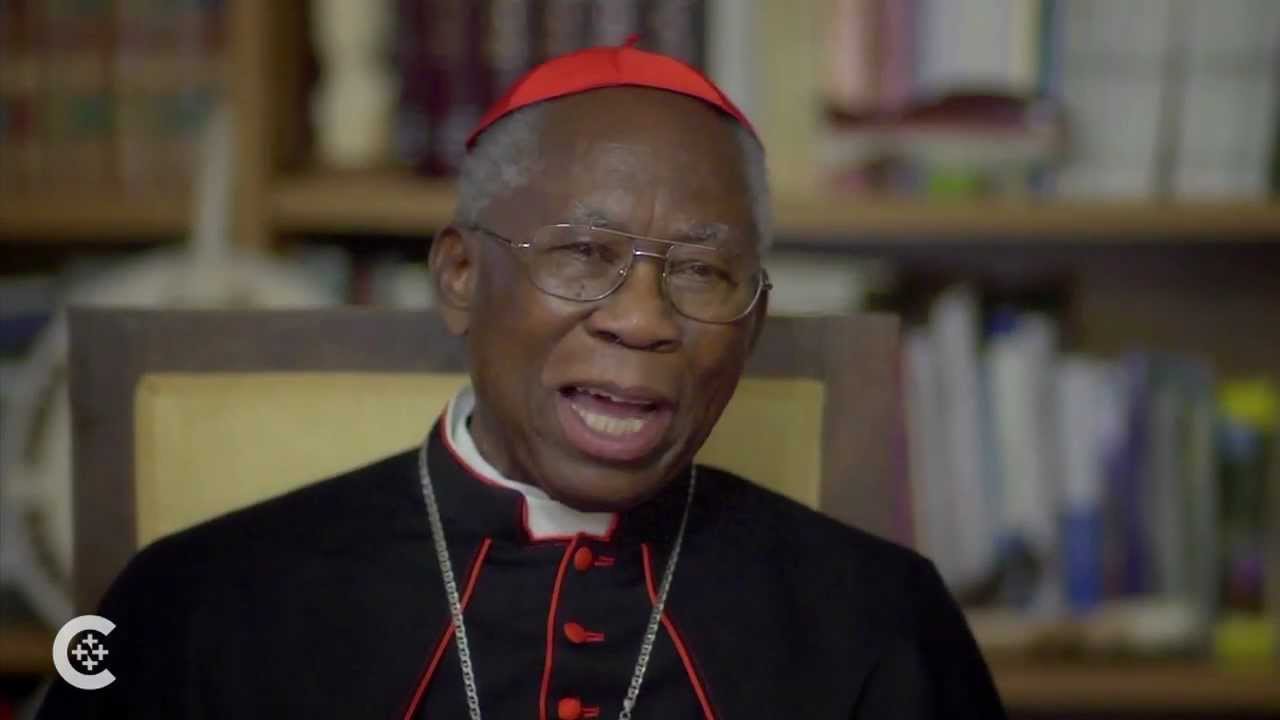