Alumni Make a Difference in Catholic Education and Evangelization 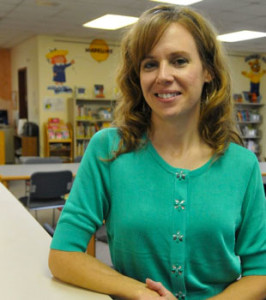 Christendom alumni are making a difference in Catholic education and evangelization, with Amy Trautman (O’Neill) (’98) and Noelle Hiester (’09) gaining appointments as a principal in South Carolina and as the director of the Office of Evangelization and Catechesis for the Diocese of Rochester respectively this past week. Both enter their new positions with years of experience after graduating from Christendom, revealing the impact of Christendom’s liberal arts education on their career trajectories.

Trautman earned her B.A. in philosophy from Christendom in 1998, before taking her love of education to graduate school, where she earned master’s degrees in elementary education and school administration. After eighteen years in education and five in school administration, Trautman gained the position of principal at Summerville Catholic School in South Carolina this past week — an opportunity to impact even more children with the truths of the Faith, after doing so in the Diocese of Arlington previously.

Hiester has experience serving the Diocese of Arlington as well, holding positions as a catechist, teacher, and assistant director of religious education at various parishes, before taking her new position in the Diocese of Rochester.

After earning her M.A. in theology from Christendom in 2009, where she delivered the valedictory address for her graduation as well, Hiester continued to serve the Christendom community as a part-time professor of catechesis and evangelization for the Graduate School for the past several years, a position that earned her acclaim and TV appearances on EWTN. 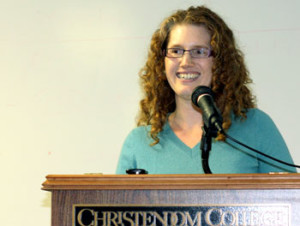 Hiester, who is also the recipient of the Christopher Dawson Humanities and Catholic Culture Award, will begin her new position as director of the Office of Evangelization and Catechesis on September 28 — a position where she will be able to take her education and use it for the benefit of the entire Diocese.

The liberal arts education provided by Christendom College empowers students with the ability to master any subject following graduation, from engineering to academia. Whether they continue their love of education by attending graduate school, by teaching, or by becoming a catechist, countless Christendom alumni find success in the field of education, bringing the Truth to others and truly having an impact in the New Evangelization.

To find out more about how alumni find success in education, please attend our Life on Tap event on September 22, 2015, at 7:30 PM in St. Kilian’s Café. Find out more information at christendom.edu/career.