Alumni event planners Alex Klassen (’04) and Maria McFadden (’18) shared their success stories and answered questions from students during the first Life on Tap alumni networking event of 2020, held on Wednesday, February 5. Both alumni spoke highly of how Christendom gave them the entrepreneurial spirit necessary to succeed in event planning and encouraged students to take advantage of the college’s many resources during their time as students.

McFadden, who earned her B.A. in English language and literature at Christendom, spoke on how the college gave her the foundation she needed to both discern her vocation and find future success in it.

“Christendom greatly prepares you by giving you a wonderful foundation,” said McFadden to a packed audience. “It helps you to speak and write clearly, while having an amazing community to back you up.”

McFadden learned about event planning while she was a student, including participating in organizing the on-campus club Swing ’n Sundaes and working for the college’s special events department. According to her, the college prepares its students to be leaders, all while providing them with a support system.

“It gives you a great entrepreneurial spirit,” said McFadden.

Klassen was as equally enthusiastic as McFadden when speaking about the opportunities found at Christendom, all of which prepared her for her career. She encouraged students to take advantage of the many resources available at Christendom.

“You have a lot a time when you’re a college student — use your time wisely,” said Klassen.

Following graduation in 2004, Klassen discovered her love for event planning through hosting small events for friends in her area. This eventually led her to becoming an organizer for the annual River Valley Festival, working to put on a weekend of events for thousands of people each year. This work further led her to becoming the development coordinator for Chelsea Academy, where she especially is in charge of their annual gala.

Klassen may have discovered her passion after graduation, but she believes that the skills she learned at Christendom gave her the foundation to be successful in her career. In the classroom, professors gave her direction in her studies and in life, and outside the classroom she saw how events were run through college clubs. In particular, she believes that the people skills she developed at college have proven most valuable to her — and can be a great aid to all students, no matter their chosen career field.

“How you are formed now will help you in the future,” concluded Klassen. “If you really think about how you can be better at what you do, how you can meet people, it will help you in whatever career you go into. The people skills you learn and develop here will serve you for the rest of your life.”

Students spent time networking one-on-one with alumni after the event.

Both Klassen and McFadden were grateful for their time at Christendom and encouraged students to take advantage of the plethora of resources the college offers for career growth and guidance. Further, in terms of practical skills for all students interested in event planning, they recommended keeping a planner, learning how to use Excel, learning how to organize volunteers, and finally how to work a budget — all skills that are taught in Christendom’s EFL classes. 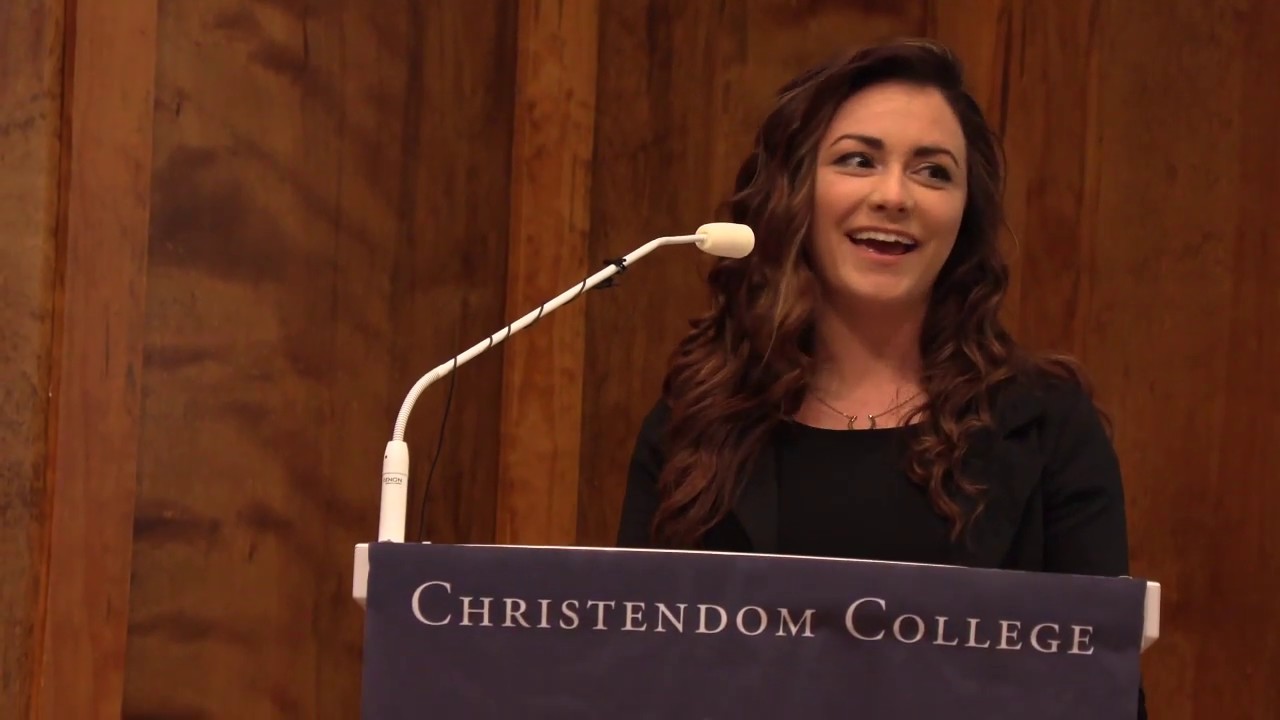 This story was contributed by Michaella Ottolini (’22).