Alumni siblings Sean (’14), Michael (’19), and Nicole LaRochelle (’17), along with current student Mark (’22) and Sean’s wife Emily (’16), spent their quarantine months doing something extraordinary: building a rollercoaster in their parents’ backyard, inspired by the iconic Matterhorn ride in Disneyland. The result — a 400-foot steel rollercoaster, complete with waterfalls and an animatronic yeti — went viral online and gained worldwide attention, with Sean and the family appearing on CNN, Fox, ABC, Daily Mail, and more. 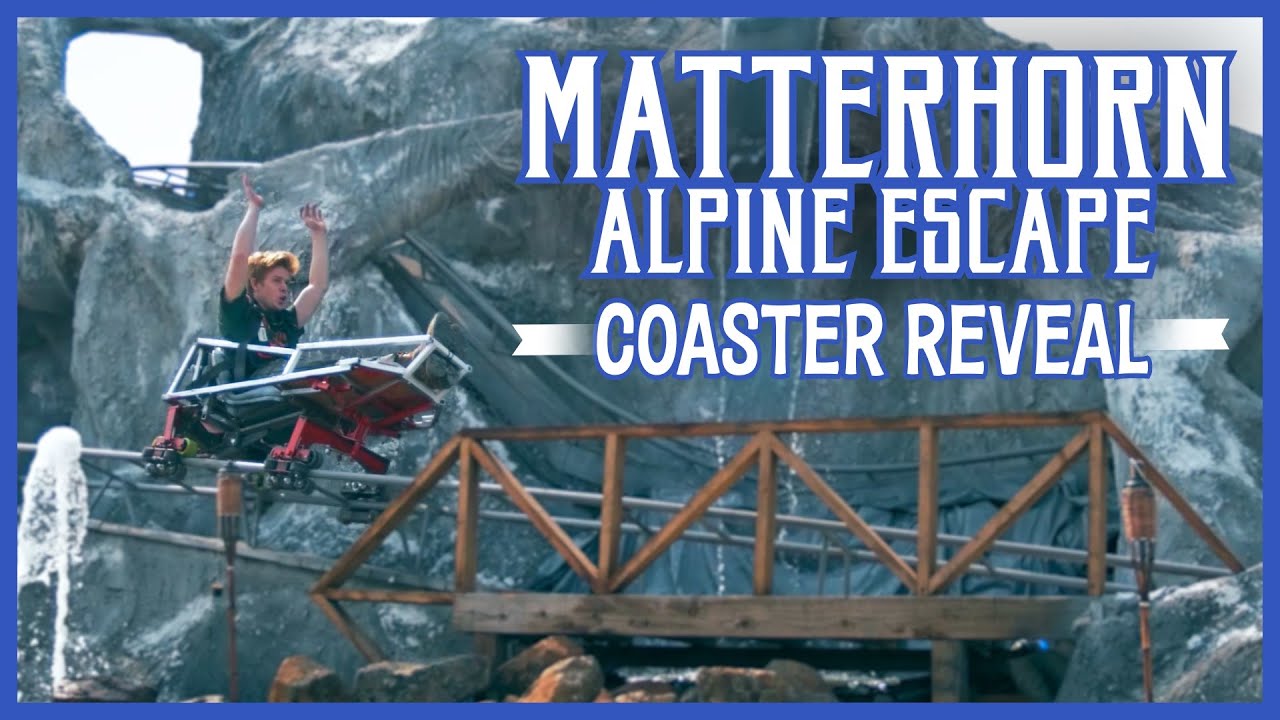 “Growing up, we built houses as a family, but Christendom was the first time we were able to tackle projects that were more outside the box,” says Sean, who earned his Bachelor’s degree in political science and economics. “The sets we worked on for Christmas Formal and for Christendom plays laid a foundation that led to us believing we could not only build this rollercoaster but do so successfully.”

The LaRochelles, along with in-laws, friends, and other alumni of Christendom.

When California went into shelter-in-place in March of 2020, the LaRochelles all gathered at their parents, Jacques and Diane’s, house in Napa, California. With extra time on their hands, the LaRochelles decided to dream big and spend their time on a project that would challenge their creativity and unite them as a family.

After years spent visiting Disneyland, and after Sean worked as a cast member at Walt Disney World following graduation in 2014, they decided to take inspiration from the iconic Matterhorn rollercoaster and build a miniature version of it in the backyard. What started with wood and PVC pipe quickly changed into steel as the project continued, with Sean ultimately gathering over 30 friends together to pool their talents and build the coaster.

Sean LaRochelle was known for his elaborate sets during his time at Christendom, including this design for the 2013 stage production of “The Three Musketeers.”

The result: a towering mountain, simulating an alpine sled hurtling down a mountain while trying to avoid a yeti.

“Basically, it was after work every day, we’d work until it got dark. And then we’d wake up early in the morning, we’d work until we had to go to work. And then on the weekends, it was 24/7 pretty much,” said Sean in an interview with CNN. “I wanted to do it really well. I wanted to be very detailed. I was like, imagine that I was an Imagineer and that I was trying to put the same care and quality into the product. And so for me, that was the most important thing.”

All in all, Sean, his family, and a group of friends spent seven months working on the rollercoaster.

Sean and his brother, Michael, a philosophy major currently in seminary with the Priestly Fraternity of St. Peter, spent long hours working on the coaster each day, with the project effectively becoming a full-time job on top of their regular full-time jobs.

Other alumni joined in the project as well. Sean Ryan (’14), Dominic Borchers (’16) and Nicholas Foeckler (’22) assisted with construction and testing, while Marilyn Charba (’14) helped with the animatronic yeti and Zach Smith (’14) consulted on marketing the project (Charba and Smith also both worked with LaRochelle at Disney following graduation).

After construction lasted for seven months, the first footage of the coaster was released online at the beginning of November. Within a week, the rollercoaster went viral online, with Sean and the family making appearances across major US and UK media networks.

Sean and Nicole are both currently in graduate school at Clemson University, with Sean studying architecture and Nicole studying historical preservation. For Sean, his time at Christendom — from studying in the classroom to bringing his dreams to life in awe-inspiring sets on campus — is impacting him to this day and enabling him to find further success in his career and in chasing his dreams.

“The further away I am from graduation, the more grateful I am for [Christendom’s] influence. Christendom provided clear direction to pursuing that which is true and meaningful, and this guiding philosophy is difficult to come by these days. The skills of reading, writing and communication have proved pivotal to my professional career and they are proving themselves invaluable during my time as a graduate student. I am very grateful for the school, its benefactors, the faculty, and the staff who sacrifice so much for the students lucky enough to call it home,” concludes Sean.