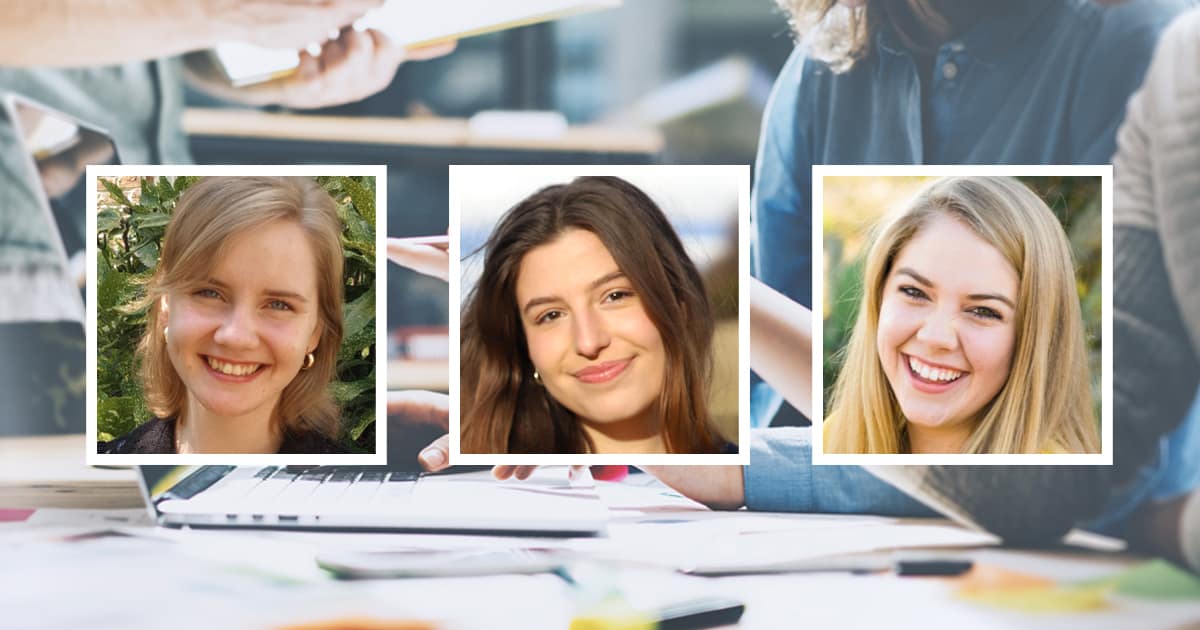 Marketing and communication jobs are some of the most sought after today, with current college students wanting to hone their creativity and imagination in these positions. In a field defined by the ability to think outside the box and speak and write well, soft skills are key to success — the same soft skills that come through a liberal arts education. Current Christendom students Isabel Cumbelich, Mary Lueck, and Michelle Kelly all secured marketing and communication jobs this summer, using their creativity to help other organizations thrive.

For rising senior Cumbelich, this summer was a dream for her. After starting the new, on-campus student magazine Metanoia last year, Cumbelich wanted a similar creative challenge during the summer months that would also set her up for future success in marketing and communications after college. Thanks to a mix of “cold emailing,” a solid resume, and her experience with Metanoia, she managed to secure an Art Direction internship with Cronin Company, an advertising firm. 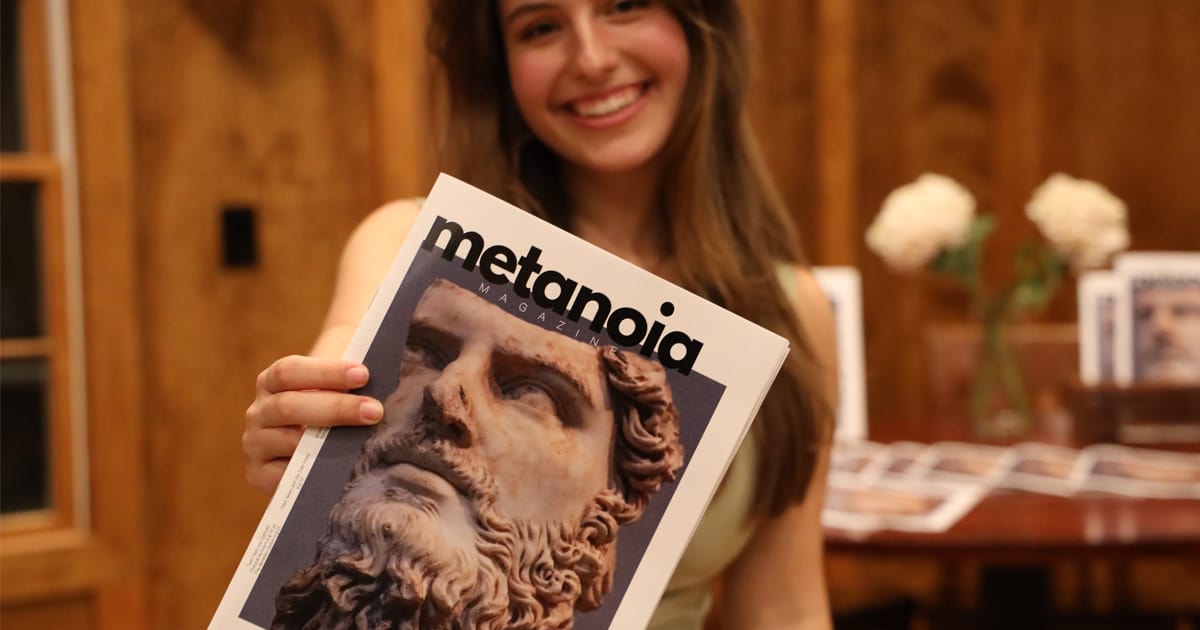 After starting the new, on-campus student magazine Metanoia last year, Cumbelich wanted a similar creative challenge during the summer months that would also set her up for future success in marketing and communications after college.

“I woke up each day this summer excited to start working,” says Cumbelich. “As an Art Direction Intern for Cronin Company, I had one of those jobs that didn’t feel like work. My boss took a chance hiring me to do design work— I’m a political science major and philosophy minor— how does that make sense? In his eyes the degree is less important than your portfolio.”

With her creativity and ingenuity, honed during her time at Christendom, Cumbelich beat other qualified candidates to land the position at Connecticut’s oldest advertising agency. Over the summer months, she’s had numerous opportunities to grow in her craft, working with a writing partner to come up with social media ads for a bank, pitching ideas for an anti-vape campaign, designing logos, and concepting and pitching “outlandish stunt ideas” for various publicity campaigns.

The entire experience was hugely fulfilling for Cumbelich, setting her up for success during her senior year at Christendom and beyond.

“It’s been so rewarding to get paid to do something I love and after college I hope to break into advertising,” concludes Cumbelich.

In the case of Lueck, she also wants to jump into the world of marketing and communications after graduation and wanted to gain experience now before making the leap. While researching marketing internships, she discovered that Live Action, one of the nation’s premier pro-life organizations, had an internship available. After applying, she began working part-time for them during her spring semester before beginning to work full-time for them this summer. 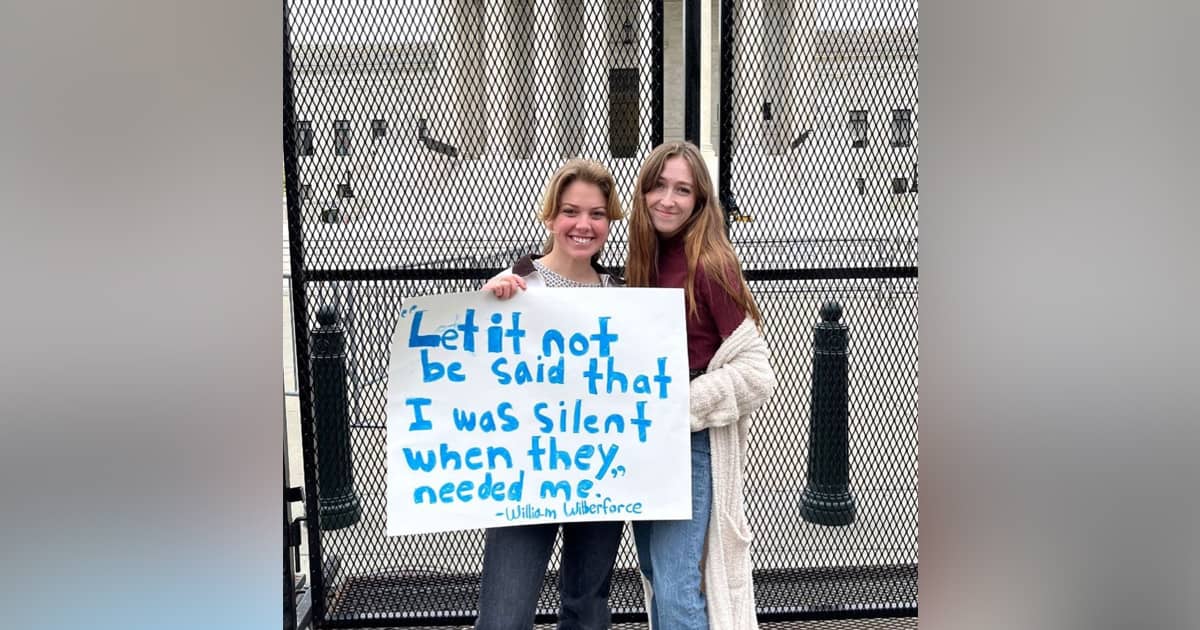 Lueck began working for Live Action during her spring semester, even traveling to the Supreme Court after the leak of the Dobbs v. Jackson opinion to document and be a prayerful witness to the pro-life cause.

A philosophy major at Christendom, Lueck used the skills she honed in the classroom every day in her job — creating strong, engaging copy, and communicating the important truths of the pro-life movement through imagery and video that engaged and educated audiences across the country. In addition, she got to live in nearby Washington, D.C., as well this summer, putting her right in the heart of the most important conversations happening in the country today.

That opportunity to impact lives for the better through the power of communications is what inspired Kelly to pursue her summer internship as well. This summer, she has been serving the Basilica of Saint Mary in Alexandria, Virginia, working for the offices of Youth Ministry, Religious Education, and Communications.

“As an F-1 student, I applied for a visa change to work in the States as part of my OPT,” says Kelly, who hails from Ireland. “I wanted to gain experience working in the United States, particularly working within a parish framework. There is much to learn from how the Church in America evangelizes, and I wanted the opportunity to gain these experiences and put some of these practices in place in Ireland.”

In her role, Kelly helped with web design, research, crafting newsletters, designing flyers and posters and managing and updating social media accounts for the Basilica, in addition to her work in the Religious Education office. 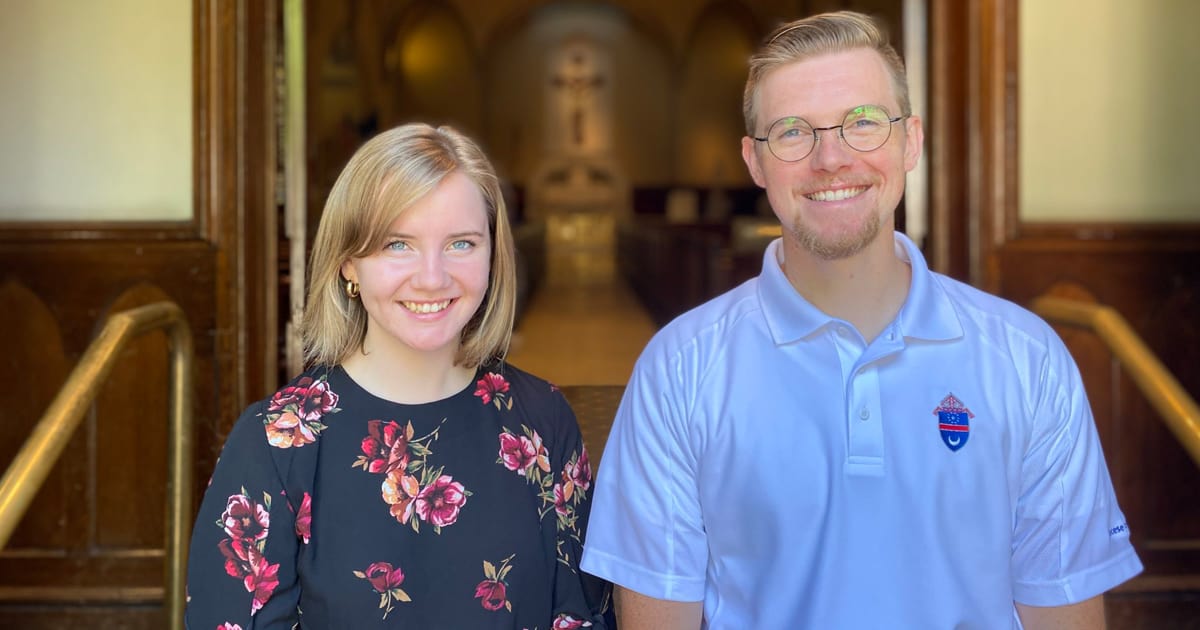 Michelle Kelly at the Basilica of Saint Mary with fellow intern Luke Helbling, a seminarian with the Diocese of Arlington.

“It is a great blessing to be able to work for Christ and the Church through bringing others closer to Him through these ministries,” says Kelly. “Over the course of the summer, I took a Catechist course at the Basilica, which was a great way for me to put into practice the knowledge I have gained from my Christendom studies.”

While Kelly does not have set plans yet for after graduation, she wants to continue working for the Church, helping to spread the Gospel with her newly acquired skillset.

Marketing and communications is a powerful tool, capable of influencing minds for the better. These students are following in the footsteps of numerous Christendom alumni before them, who have gone on to become marketing directors, help promote large organizations, and more.

When Christendom was founded, the vision was to help form lay people who would then go out into the world and impact the culture for the better. In today’s age that is dominated by social media, the need for well-educated, talented professionals who can utilize the new forms of communication to evangelize the culture are more necessary than ever. Cumbelich, Lueck, and Kelly are taking on that mission now, promising a brighter future ahead as a result.