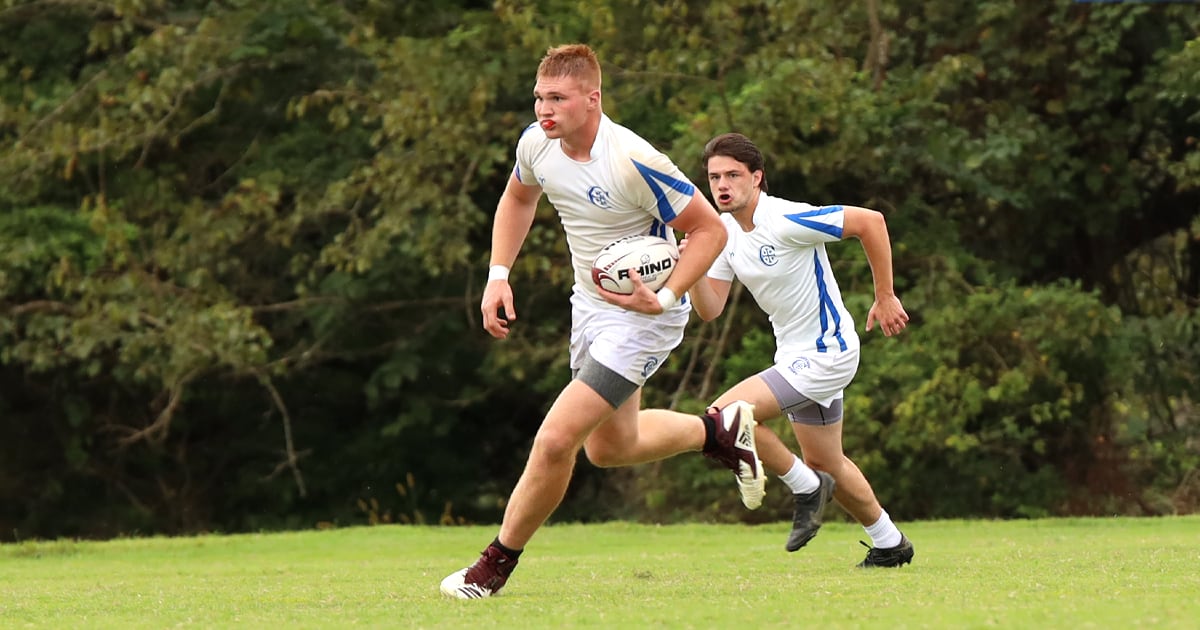 Christendom’s men’s rugby team continued their strong start to their 15s regular season, defeating Radford University 76-10 on the road. Meanwhile, men’s and women’s soccer both took tough road losses, while women’s volleyball took one of two games in a tri-match.

Following their crushing defeat of Christopher Newport University in their season opener, the men’s rugby team traveled to Radford University for their second game of the season. Radford jumped to a 5-0 lead before Christendom took over the game the rest of way, led especially by Matthew Westin and Joseph Kokes. They scored 3 tries each, helping carry Christendom to an easy 76-10 victory. They will wrap up their September schedule at home this coming weekend against the University of Virginia.

The women’s volleyball team has been on a roll of late, cruising into a tri-match at Mid-Atlantic Christian University with a three-game winning streak. Taking on Mid-Atlantic Christian in their first game of the day, Christendom won the first set but lost the second, with MACU playing hard against the women’s team. The back and forth continued in the next two sets, with the teams forcing a fifth and final set to determine the game. Led by Nora Ross and Cate Brezinsky, Christendom managed to hold off MACU for the 3-2 win, extending their winning streak to four games.

The final game against Lenior CC proved a much tougher matchup for Christendom, with the team falling in straight sets. They now stand at 5-4 on the season.

Continuing their five-game road trip, the men’s soccer team continued their hunt for their first win of the season, taking on Central Penn on Friday and Hagerstown CC on Saturday. Each game was a heartbreaker for the team, with Christendom playing strong defense and keeping each game close. Nevertheless, they came up short in both, losing 2-1. They now sit at 0-5 on the season.

The women’s soccer team, coming off a tough 2-0 loss to Wilson College on Wednesday, also struggled against Hagerstown on Saturday. Hagerstown quickly jumped to a 5-0 lead over Christendom in the first half, with the team finally getting on the board to close out the half and begin the second. Hagerstown took back control of the game from there, however, ultimately winning 8-2 and pushing the women’s soccer team’s record to 3-5.

For more information and to see this coming week’s schedule, visit christendomathletics.com.