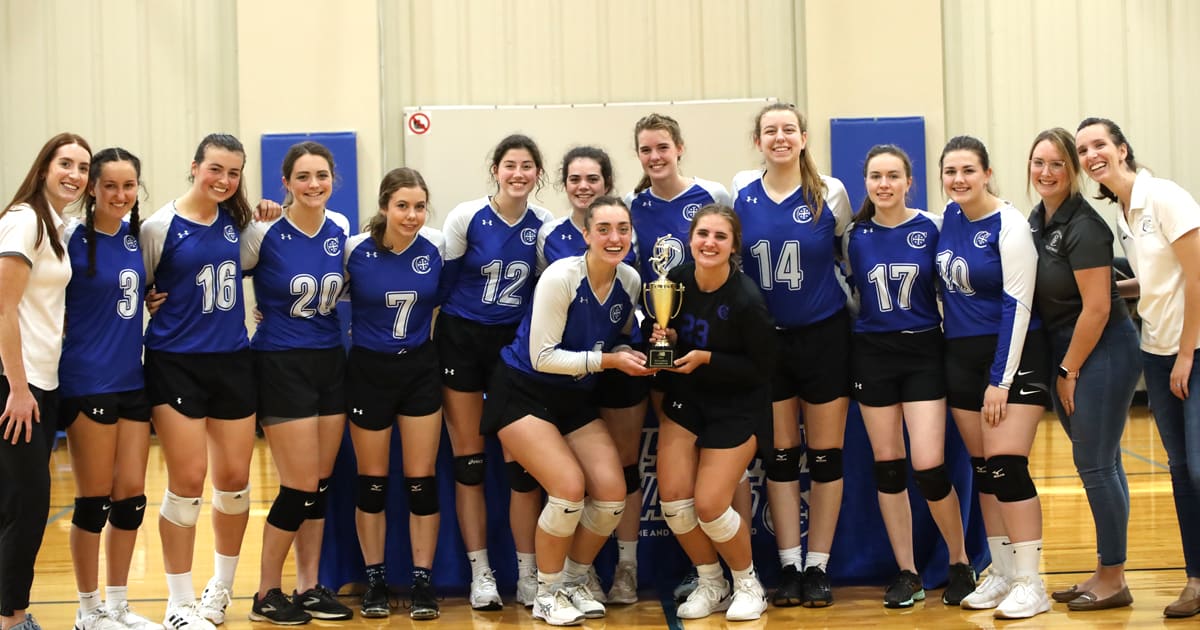 The Conference Championship topped off a terrific year for Christendom in its inaugural season in the New South Athletic Conference, which saw it place first in the standings for their conference and rank twelfth overall in the USCAA DII. They took on Mid-Atlantic Christian for the third time this season on Saturday, after defeating them twice in the regular season. 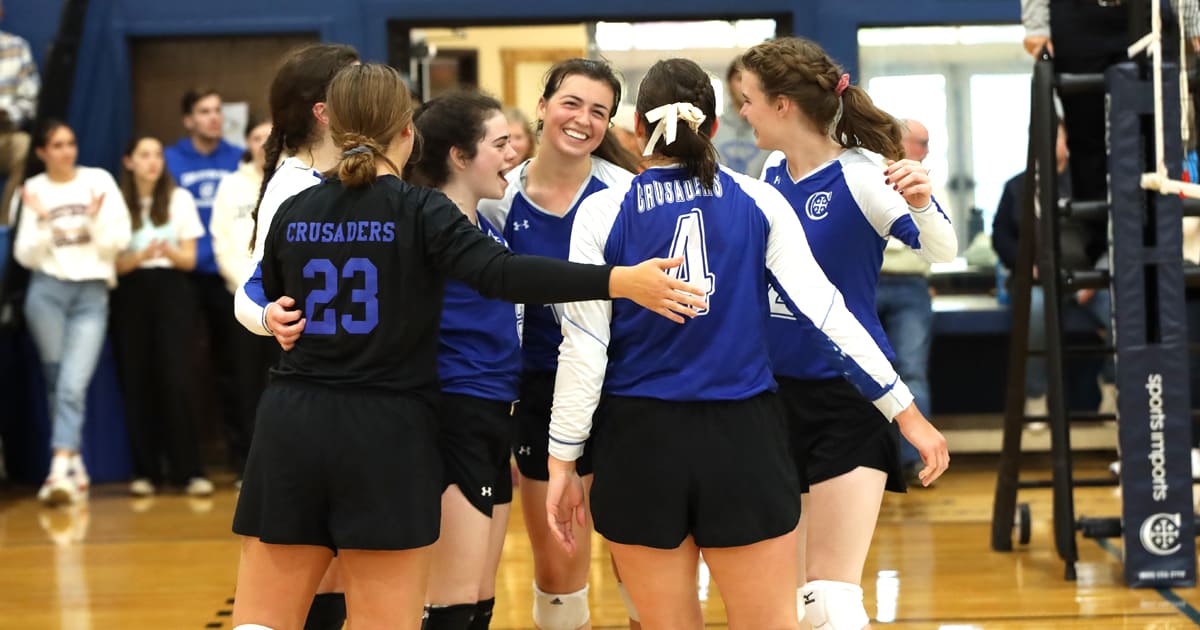 Christendom led confidently from the start of the game and did not let up, leading on all but seven serves throughout the entire game.

Christendom led confidently from the start of the game and did not let up, leading on all but seven serves throughout the entire game. Nora Ross, such an integral part of the volleyball team all season, led the way again, scoring 20 points and making 18 kills during the game. The team dominated, sweeping the Mustangs in straight sets and earning themselves their first New South Athletic Conference Championship title. 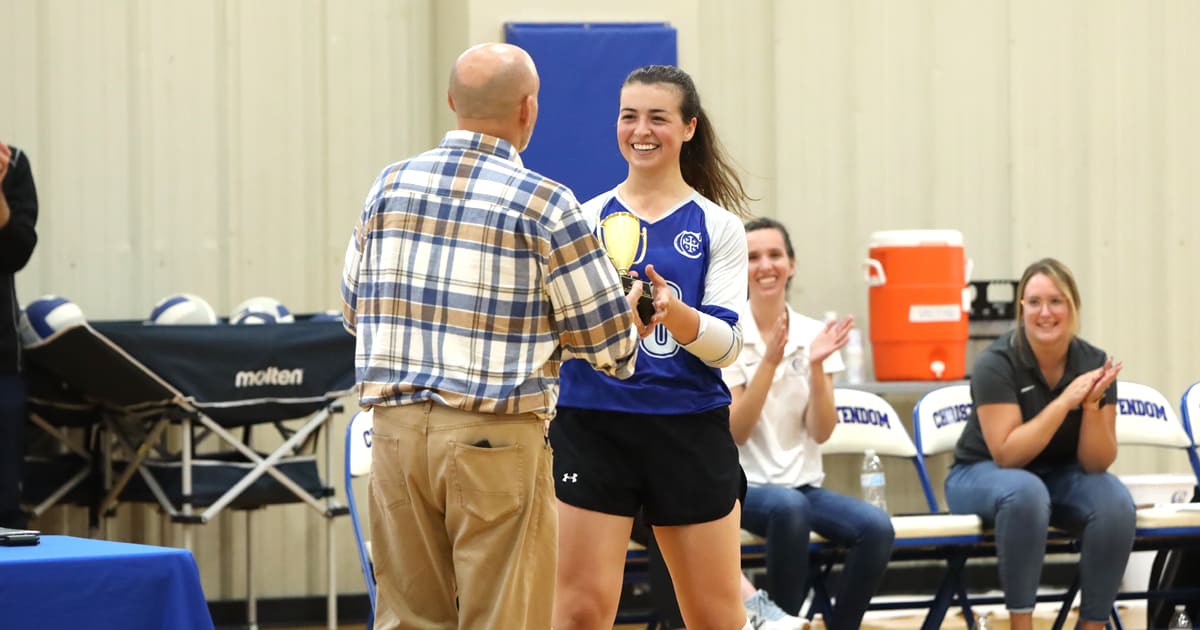 Following the championship game, Ross was named the New South Athletic Conference Volleyball Player of the Year, while head coach Casey Rodrigues was honored as the league Coach of the Year. Ross is currently leading the USCAA DII in kills per set (4.39) and is second in total kills (307), while Rodriguez, in her first year as head coach, led the team to an undefeated season in the NSAC and the conference championship. 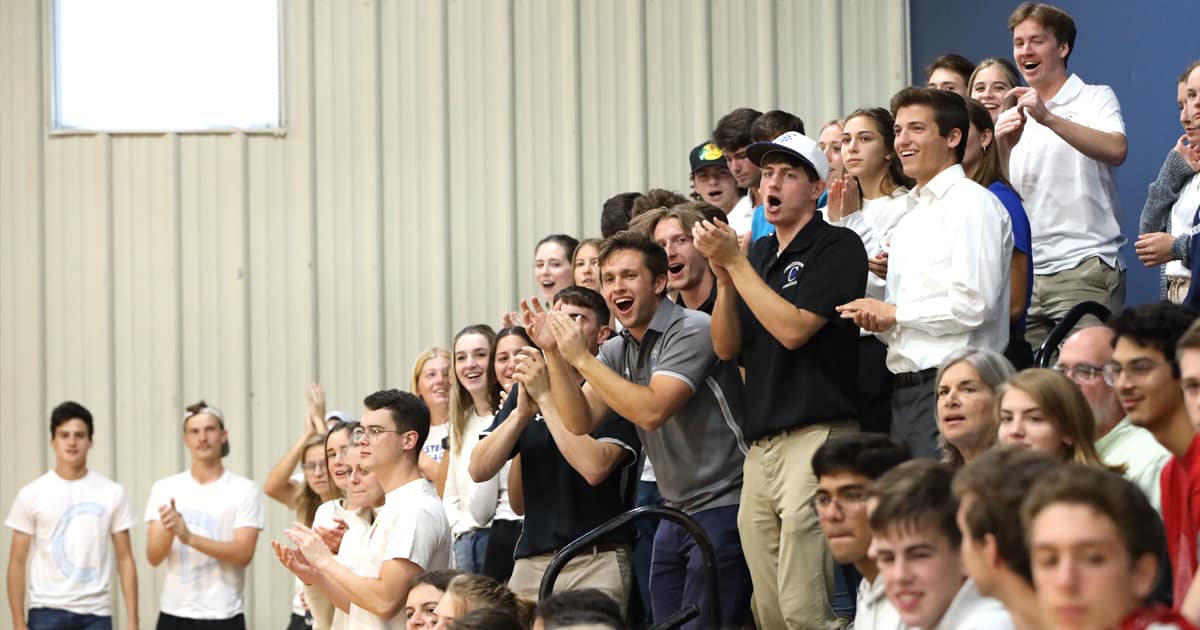 Christendom’s faithful fans packed the bleachers for the Conference Championship.

Other members of the team were named to the All-Conference team, including Claire Mense (ninth in the USCAA for assists per set and seventh for total assists) and Fiona Briggs (third in the USCAA in digs per set and seventh in the USCAA in total digs). Six members of the team were also named to the All-Academic Team for maintaining at least a 3.0 cumulative GPA in the classroom: Annie Crnkovich, Dinneen Evich, Hannah Simpson, Eibhilin McClosky, Catherine Krezinski, and Briggs.

The women’s volleyball team overall finished 11-11 on the season, going 3-2 in their final two weeks of the season.