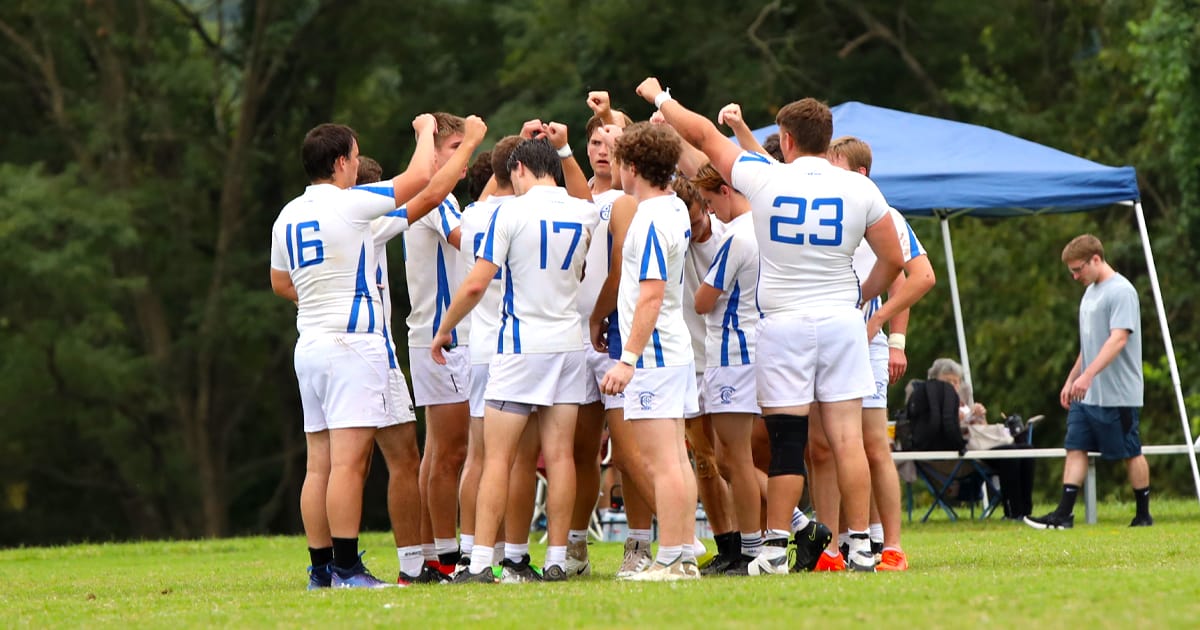 Christendom rugby fell in a heartbreaking loss to Coastal Carolina 41-40 in the opening round of the National Collegiate Rugby playoffs this past weekend, ending their season. The loss was their first this year, following a spectacular undefeated season that saw them ranked #1 in the nation and win the Cardinals Conference Championship.

Christendom traveled to North Carolina to compete in the play-in game for the National Collegiate Rugby playoffs, following their defeat of DII University of Virginia to win the Cardinals Conference Championship the weekend before. Entering the playoffs as the #1 ranked team in the nation, Christendom took on #17 Coastal Carolina for the first time this season — a squad that also went undefeated this year.

Coastal Carolina quickly jumped out on top to start the game, scoring back-to-back tries to go up 12-0. John Kennedy and Matthew Westin both scored tried for Christendom in the first half, but Coastal Carolina kept pushing, finishing the first 40 minutes up 24-14. The second half began much the same, with Coastal Carolina scoring another try before Christendom went on the offensive. For the rest of the second half, the team showed why they were the #1 ranked team entering the weekend, scoring four tries in a row and holding back Coastal Carolina’s speedy offense to go up 40-29. Westin, so integral for Christendom’s offense all year, scored two more tries, while Peter Hebert and Kennedy both scored tries of their own.

With only minutes remaining, however, Coastal Carolina scored again to bring the score to 40-36. Christendom regained possession and began marching down the field with time expiring, before kicking the ball away to Coastal Carolina. The team took advantage of the opportunity and drove down the field to score one last try on the final drive of regulation — giving them a shocking 41-40 victory and ending Christendom’s defense of their 15s National Title.

The loss was the first of the season for Christendom, who completed their first undefeated season since becoming a nationally ranked member of National Collegiate Rugby. The team played astonishingly well in their follow-up to their National Championship-winning 15s season just a year before, taking down team after team, including DII UVA twice. The loss against Coastal Carolina was a shocker for all involved — but Christendom will be back. The team will next be seen competing in 7s rugby this coming spring semester, looking to return to the National Collegiate Rugby 7s National Championship game after finishing as second-place runner-ups last season.