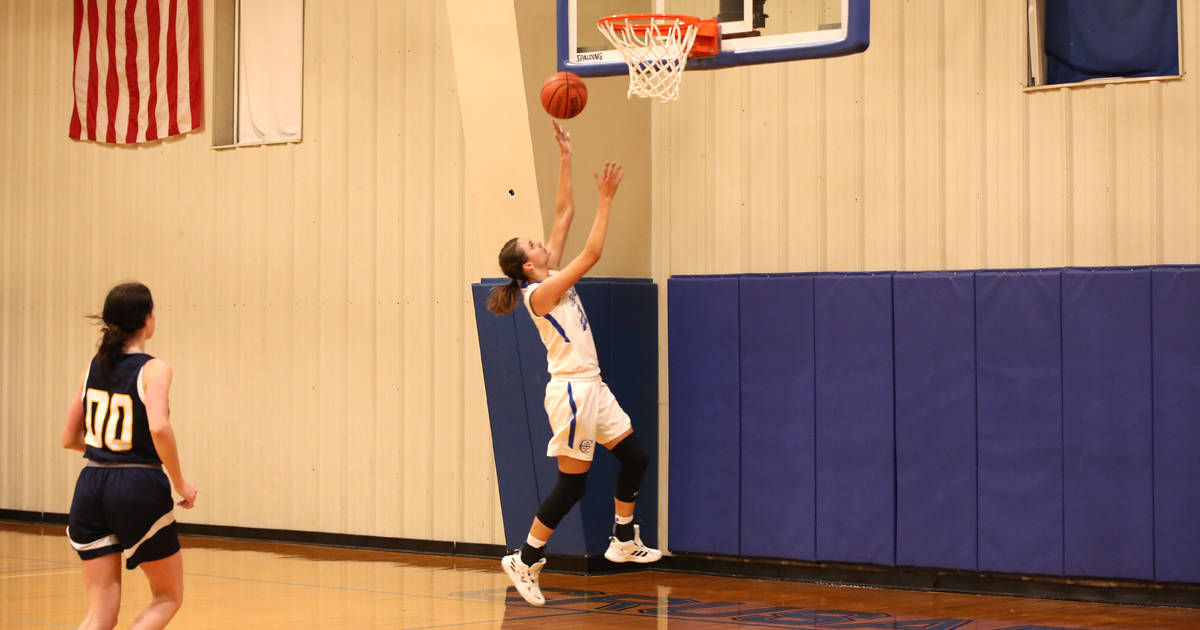 Christendom’s men’s and women’s basketball teams returned to play this past week, with the women’s team picking up right where they left off with a pair of back-to-back victories on the road. For the men’s team, it was much the same story, with a pair of wins — including a 72-71 stunner over Mountain Gateway CC — before a tough loss to McDaniel on Monday.

The women’s basketball team ended the first half of their season on a high note, defeating Bryn Athyn 66-61 to finish with a 6-2 record going into Christmas break. Upon their return, they went right back to work, crushing Appalachian Bible 107-32. Catherine Thomas continued her domination, putting up 43 points and 15 rebounds, with Kate Walz and Regina Bonvissuto also scoring 24 and 20 points respectively.

A week later, Christendom took on Mountain Gateway CC, grabbing a 35-15 lead through the first half. Mountain Gateway fought all the way back though in the second half, outscoring Christendom 43-30, but it was not enough. Christendom won again, 65-58, with Thomas again leading the way with 28 points. The team now stands at 8-2 on the season, with their next game coming at home against Trinity University on Tuesday, January 24.

For the men’s team, they returned from Christmas break looking to bounce back after a tough 3-5 start to the season. A win over Appalachian Bible on January 14 began the push in the right direction, with the team putting up a 63-54 victory. John-Paul Vander Woude led the way for the team, scoring 22 points, with Bobby Vander Woude and Joe Dotson also scoring 13 and 12 points respectively.

This past Saturday, the men’s team took on Mountain Gateway, holding a close 40-34 lead at the half. Mountain Gateway kept up the fight though, with the two teams going back and forth in the second half. With only seconds remaining in the game, Bobby Vander Woude got the ball and scored a game-winner for Christendom, giving them the 72-71 victory. Vander Woude scored 18 in the incredible game, with Andrew Heisler not far behind with 14 points of his own.

The team returned home for their first home game of the spring on Monday, falling to McDaniel 72-42. The team is now 5-6 on the season, with their next two games coming at home on Friday and Saturday.