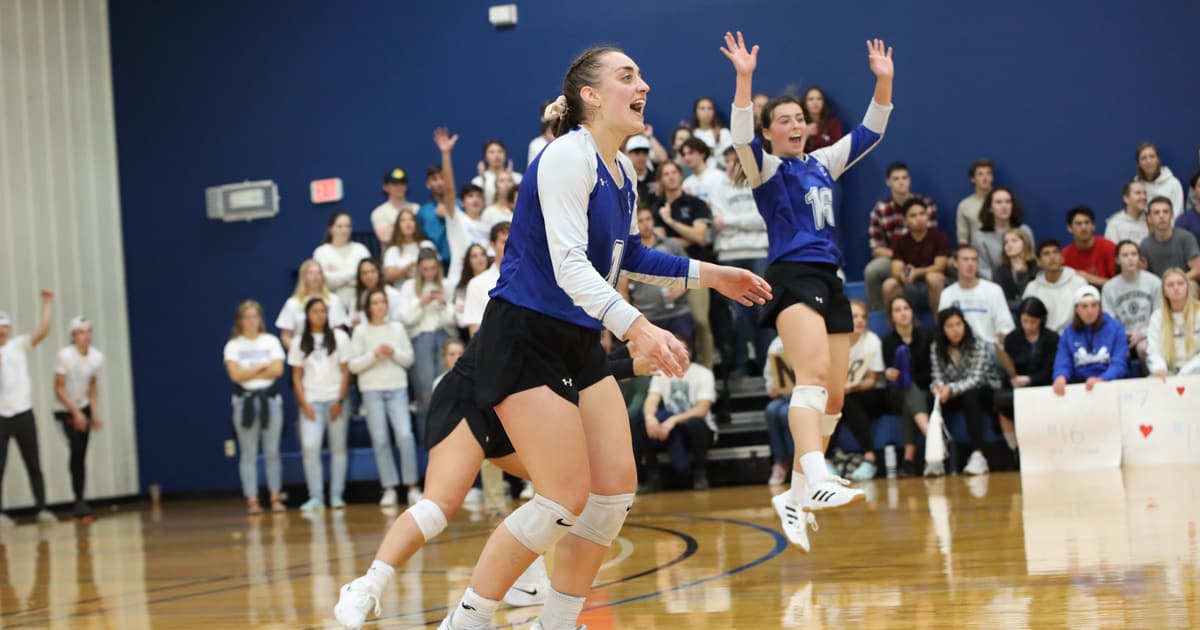 Eight Christendom student-athletes were named USCAA All-Americans for their accomplishments in soccer and volleyball this season — one of the most impressive showings in school history. In addition, twenty-three student-athletes were named USCAA Academic All-Americans for the 2022 season, making Christendom one of the most accomplished schools in the USCAA.

The USCAA awarded All-American honors, voted on by opposing coaches, to multiple Christendom students for their achievements this past fall. Megan Lovar was named a First Team All-American (ranking #7 in goals scored, #21 in assists, and #8 in total points), while Miranda Keller was named to Second Team (#1 in saves and #4 in save percentage) and Catherine Thomas earned an Honorable Mention (#2 in goals, #1 in assists, #2 in total points).

On the men’s soccer team, Joe Madigan was named a Second Team All-American after being tied #26 in goals scored and ranking #35 in total points, while Sean Corcoran earned an Honorable Mention.

For the women’s volleyball team, both Nora Ross and Claire Mense were voted Second Team All-Americans (Ross led the USCAA in kills per set and ranked #3 in total kills, while Mense ranked #7 in assists and #10 in assists per set), with Fiona Briggs also earning an Honorable Mention from the USCAA after ranking #6 and #8 in digs per set and digs respectively.